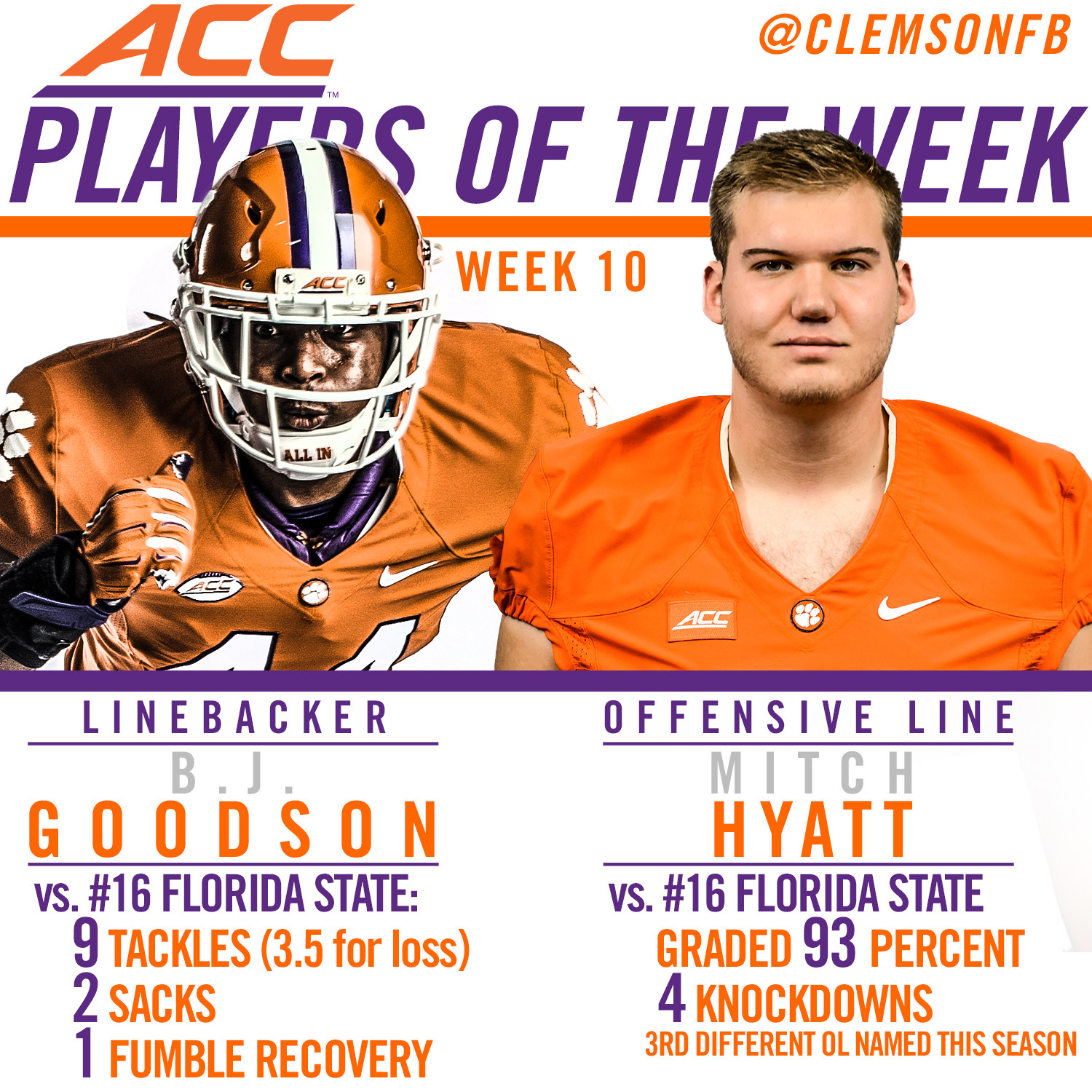 Clemson, S.C.—Clemson senior linebacker B.J. Goodson and freshman offensive tackle Mitch Hyatt were both honored by the ACC on Monday for their play in Clemson’s 23-13 win over Florida State on November 7.  Goodson was named ACC Linebacker of the Week and Hyatt was named the ACC Offensive Lineman of the Week

Goodson was Clemson’s top tackler with nine in the win over the 17th-ranked Seminoles.  The win clinched the Atlantic Division title for Clemson.   Goodson had 3.5 tackles for loss, including a pair of sacks, the only two sacks for the Clemson defense.

It marked the second time this year he had been named ACC Linebacker of the week.  He also won the award for his performance against Notre Dame when he had two takeaways in the fourth period.

Hyatt graded a season high 93 percent and had four knockdown blocks in playing all 85 plays in Clemson’s 23-13 win over Florida State.   The native of Georgia was a big reason Clemson gained 512 yards of total offense, including 215 rushing,  against Florida State, who was ranked #23 in the nation in total defense entering the game.

Hyatt’s grade was the highest on record for a Clemson freshman, and tied for the highest received by any Clemson player this year.   Hyatt is the first Clemson true freshman to be named ACC Offensive Lineman of the Week and the first for any ACC school in at least 10 years.