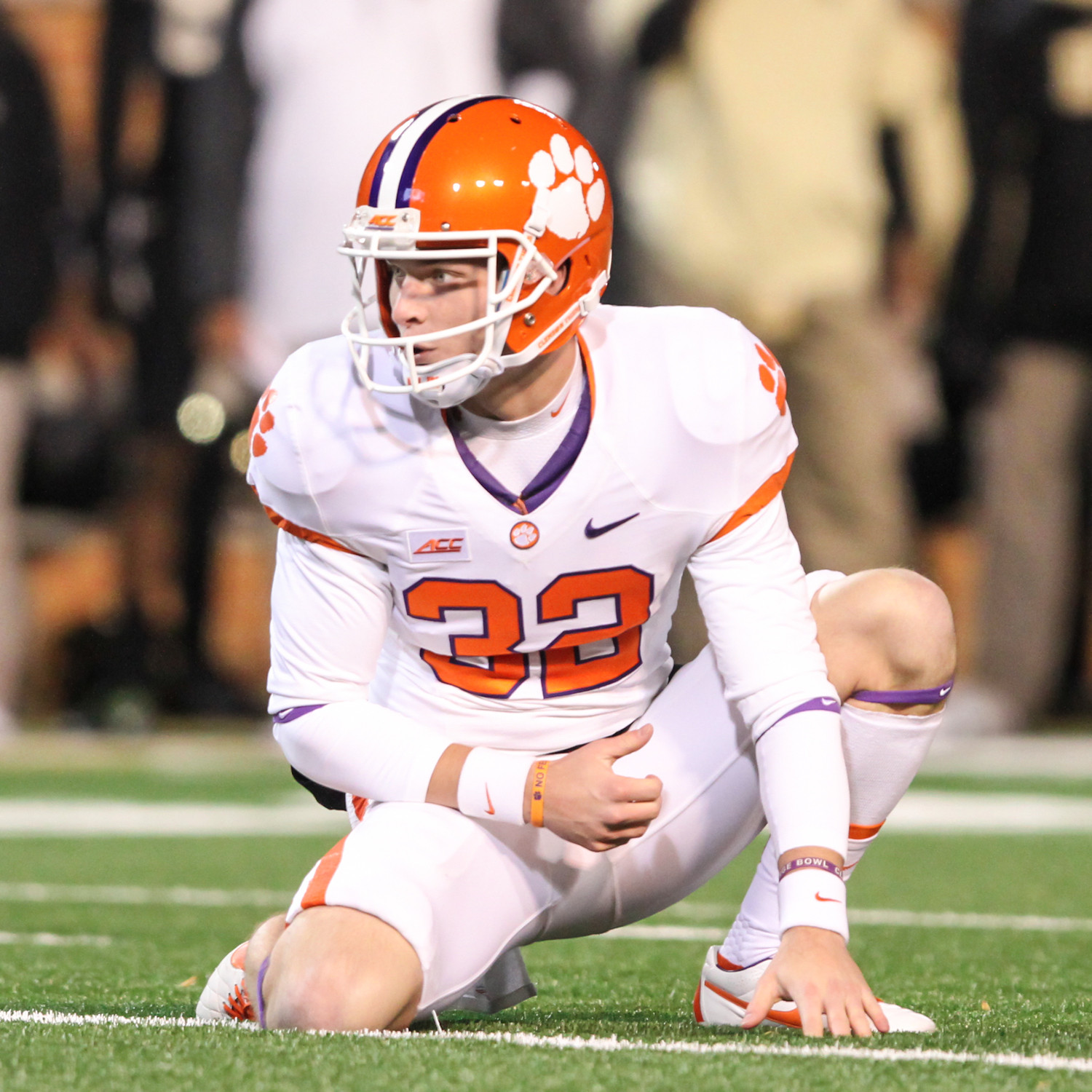 As a walk-on, Corbin Jenkins has never been afraid of putting in hard work and being dedicated. He is a part of the Blue Key Honor Society and received the P.A.T. Award in August this year, which honors a football student-athlete each month who personifies manhood through leadership, ethics, demeanor and community involvement.

Now in his final year of graduate school as a civil engineering major, Jenkins is ready to take on the real world in stride with all of the lessons he has learned while being a part of the Clemson football team during the past four seasons.

“This experience is going to be tremendous for me when I start working in engineering, because you never design an entire building structure by yourself,” said Jenkins. “You are always in a team environment when coming up with ideas. It is the same way here. If someone makes a bad play or someone misses a block, the whole team suffers. It is the same way in the real world. It is always a team environment.”

Aside from excelling in academics during his time at Clemson and achieving his life-long dream of following in his father’s footsteps by becoming a part of the Tiger football team, Jenkins has proven to be an outstanding leader for his team as well.

Ever since joining the team, Jenkins has gone above and beyond the expectations set for him. Jenkins has developed into an vocal leader. He has even been in charge of organizing the team’s Tigerama skit for the past three years.

Jenkins has especially made an impact on special teams.

“He is a hard worker,” said punter and placekicker Bradley Pinion on the impact Jenkins has made on him as a teammate. “He brings a lot of knowledge to the kicking game and can pinpoint things we are doing. He is one person who can calm Ammon Lakip and myself down and get us back into the game. He is probably one of the biggest assets we have on special teams.”

After his first career game as the holder on Lakip’s successful extra-point attempt against Ball State in 2012, Jenkins went on to play 13 games in 2013 and was the holder on all 83 placekicks. He has also played every game so far this season. Jenkins’ career has been an exciting ride and he has made some long-lasting memories along the way.

“My favorite memory as a part of this team was the Orange Bowl game last year because of the adversity we overcame,” stated Jenkins. “It was so big for the Clemson fans and Family. We worked so hard, and to see it all pay off was awesome.”

Being a part of the Tiger football team had always been a dream of Jenkins, who played football all four years of high school and grew up a Tiger fan.

“My dad played here from 1982 to 1984 as a fullback. I didn’t quite get his genes, but I always knew I wanted to play here. As a kid growing up, I wore his jersey around the house.”

His father was not the only one who had the Clemson spirit in his household during his youth.

“My granddad graduated from Clemson in 1957 and my mom graduated from here as well. My little brother is a sophomore here now. Clemson is a family tradition for me. Everything in my house at home is orange and I figured I would keep the legacy going.”

Jenkins did so by starting school at Clemson in August 2010. He knew that even if he was solely a student, he would still enjoy himself at Clemson. But he knew he still wanted to pursue his life-long goal as well.

“I didn’t apply anywhere else,” admitted Jenkins. “I didn’t want to get recruited by anybody else. I wanted to pursue my dream and play for Clemson, and I knew if I worked hard enough, I would achieve that dream and make it come true.”

He did just that, and the impact he has made on and off the field will always be remembered and appreciated.