“Playing for Clemson doesn’t make you selfish. It makes you selfless.”

Simply, yet powerfully, put by graduate defensive tackle Nyles Pinckney, that pithy observation encapsulates both the caliber of players attracted to the Clemson football program and the kind of person Pinckney is.

The veteran is one of a litany of talented pass rushers and run stoppers to suit up for the Tigers in recent seasons, and, like his predecessors on the defensive line, he is leading by example in what might be his final campaign in a Clemson uniform.

“I had extra motivation to take care of my body,” said Pinckney of his mindset heading into the 2020 slate. “My goals are to stay healthy, help my team in any way I can and prove myself each and every day, week and game.”

Unfortunately, Pinckney’s 2019 season ended in a premature, disheartening fashion. The defensive stalwart was forced to miss the National Championship Game due to injury, leaving him inspired like never before to remain as fit and healthy as possible throughout the 2020 season.

In addition, Pinckney has fully embraced his leadership role, and the elder statesman of the Tigers’ front four is always eager to work at bettering his teammates while also bettering himself in the pursuit of a return to the title game.

“I’m grateful to have another opportunity to compete with this team and play for this coaching staff.”

Hailing from Beaufort, S.C., Pinckney was recruited by Tony Elliott, Clemson’s offensive coordinator, in the midst of a standout prep career at Whale Branch Early College High School. Pinckney ultimately committed to Clemson prior to the first game of his senior season, a year that resulted in him being named All-Area Defensive Player of the Year by The Beaufort Gazette.

As a result of his recruitment, Pinckney grew close with Elliott and is inspired by how he, Head Coach Dabo Swinney and the rest of the coaching staff never shy away from the familial aspect of Tiger football.

“The coaches bring players in and treat them like family, and they treat everyone else on the Clemson football staff like family. They all show love and appreciation to every member of the program, no matter what their job is.”

Mirroring the coaches with his selfless attitude and actions, Pinckney is keeping the legacy of former Tiger defensive linemen Austin Bryant, Clelin Ferrell, Dexter Lawrence and Christian Wilkins alive with his personable, fun-loving approach to leadership. Bryant, Ferrell and Lawrence shared an apartment with Pinckney before taking their talents to the NFL, and Wilkins, who frequented the abode quite regularly, was a de facto roommate of theirs.

Pinckney aims to follow in their footsteps by pursuing a professional playing career, and he selflessly credits the foundation they built with supporting all of his successes as a Clemson defender.

“It’s been a blueprint for me,” stated Pinckney of learning from the aforementioned defensive linemen. “Watching those guys and seeing how they played, I learned from them. I took a piece from whatever they did to get where they are now and used it for myself.” 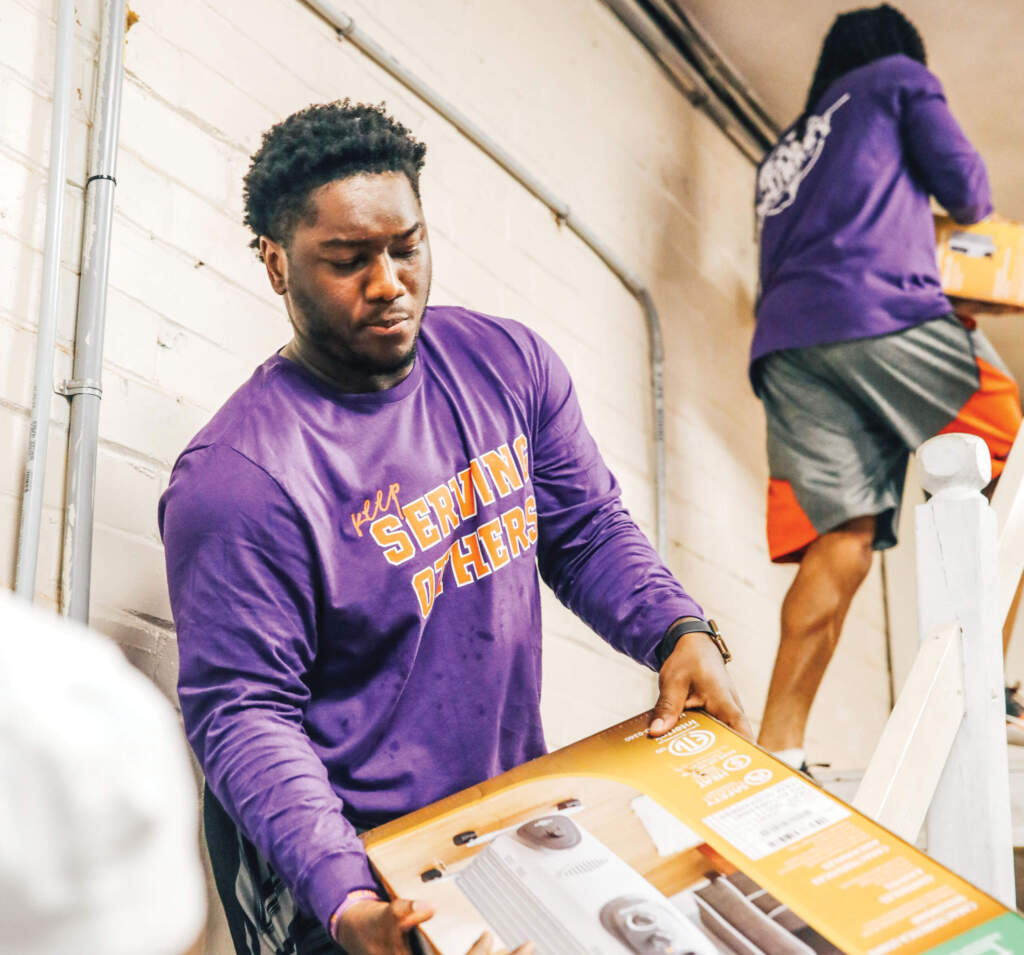 On top of regularly making his presence felt in the backfield during games, Pinckney has kept his roommates’ Clemson legacies alive and well by serving as a vital voice in the locker room and energizing his teammates up front with his relentless energy and infectiously positive attitude.

He recently took part in another tradition that Lawrence and Wilkins were undoubtedly proud of by scoring a rushing touchdown and letting loose with a celebratory dance in the end zone. Pinckney’s first career touchdown came on a one-yard carry at Georgia Tech on Oct. 17, with Swinney and Elliott opting to utilize the “Jumbo” package that enabled Lawrence and Wilkins to cross the goal line in years past.

Pinckney, who was a third-team All-ACC selection in 2019, idolizes the defensive linemen who took him under their wings upon his arrival to campus in 2016 and is proud of what they are accomplishing at the next level.

“Seeing them get drafted is my favorite Clemson memory. I lived with them and saw them work, day in and day out, and I saw them have their ups and downs. Witnessing their dreams come true brought joy to my heart.”

Doing his part to help more of his teammates live out their dreams, Pinckney is an ambassador for Clemson football’s one-of-a-kind P.A.W. Journey leadership initiative. The interior lineman sings the praises of the culture generated by Swinney and his staff, recognizing that it molds players into successful student-athletes and admirable men of great character. With that being said, Pinckney takes great pride in having been elected to serve as a P.A.W. Journey ambassador.

“Getting voted in by my peers was a huge honor because it proved that they think highly of me and consider me to be a leader.”

The commitment to long-term success and the connections made possible by P.A.W. Journey are No. 44’s favorite attributes of the initiative, which hones players’ leadership abilities and fine-tunes the skills needed to excel in the real world. Therefore, Pinckney does his best to prepare his younger teammates to achieve success long after their days of suiting up for the Tigers are over.

Pinckney already holds two Clemson degrees, having earned a criminal justice degree last year and a sociology degree this year, and he is all but guaranteed to succeed once he departs Clemson’s campus.

Until then, the well-rounded defensive star wants to relive the national championship glory that he experienced during his 2016 redshirt year and 2018 junior year. Better yet, the selfless leader is eager for the Clemson players who have not previously been a part of a national championship victory to reach college football’s proverbial mountaintop at season’s end.

Equipped with a team-first attitude, an unstoppable work ethic and a heart of gold, Pinckney is continuously bolstering the remarkable legacy of the Tigers’ defensive line and is certain to pass the legacy’s torch to a worthy successor whenever his Clemson mission is accomplished.