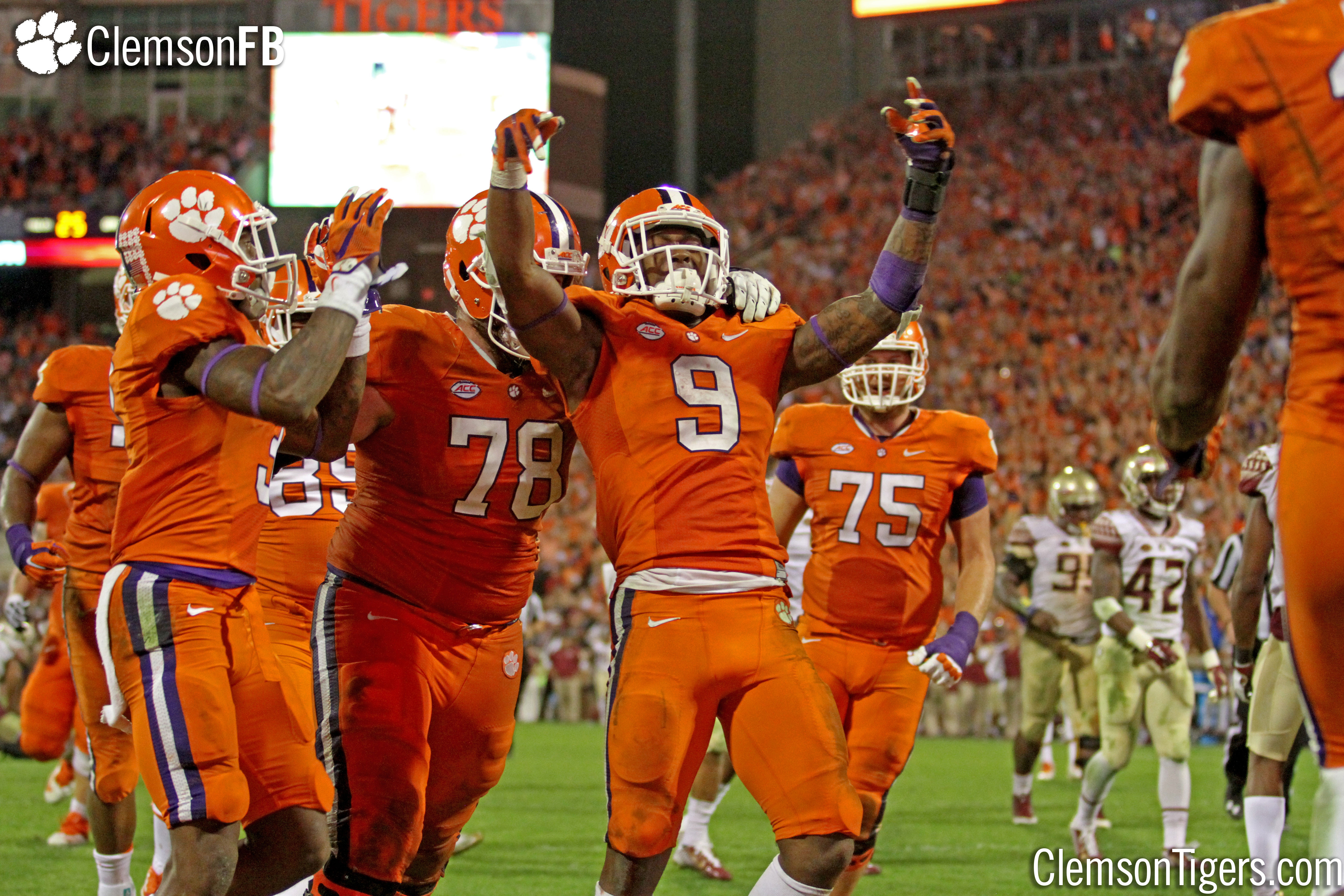 Clemson, S.C—Clemson running back Wayne Gallman has been named to the Watch List for the 2016 Doak Walker Award.  The award is presented by the PwC SMU Athletic Forum of Dallas and is presented annually to the nation’s top college running back in honor or former SMU All-American Doak Walker.

Gallman rushed for 1527 yards in 2015 in 14 games, an all-time Clemson record.  He had nine 100-yard rushing games to establish a Clemson season record in that category as well.  He scored 13 touchdowns to lead the Tigers in that category.  He added 213 receiving yards on 21 catches and his 1740 yards from scrimmage broke C.J. Spiller’s record of 1713 set in 2009.

The native of Loganville, Ga. had 187 yards in the ACC Championship game win over North Carolina, then had 150 yards rushing on 26 carries and two scores in the College Football Playoff win over Oklahoma.

The Watch List for the Doak Walker award is a strong one and includes 2015 finalists Leonard Fournette of LSU and Christian McCaffrey of Stanford.