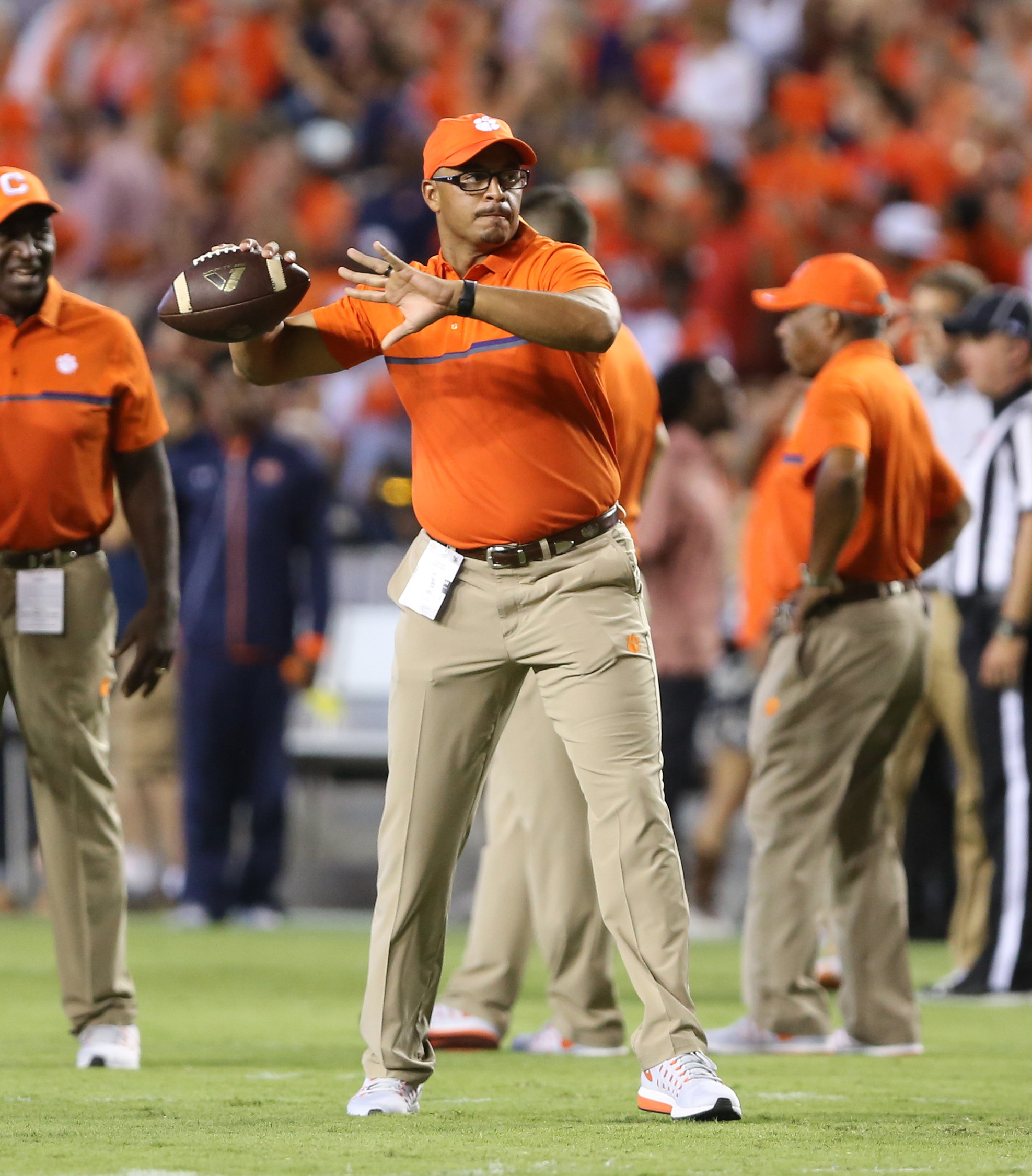 Clemson, S.C.—Clemson Co-Offensive Coordinator and running backs coach Tony Elliott is one of five finalist for the Frank Broyles Award. The honor is presented each year to the top assistant coach in the nation.

Elliott shares the offensive coordinator duties with fellow Clemson graduate and former teammate Jeff Scott.   As a duo in this role, Clemson has a 40-3 record since 2014.

The winner will be announced on December 5.

Elliott is one of the reasons Clemson is ranked No. 1 in the Associated Press and Amway Coaches polls this week. The Tigers, 11-1 overall and 7-1 in the ACC, and will meet Miami in the ACC Championship game this Saturday in Charlotte.

Clemson has one of the most balanced offenses in the nation, averaging 215 yards a game on the ground and 243 through the air.  The Tigers are seventh in the nation in completion percentage at 66.7 percent, 24th in total offense at 458 yards per game, and 25th in scoring at 35 points per game.

The Tigers have three different players with over 600 yards rushing this year, the first time Clemson has done that since 1978. Freshman Travis Etienne averages 7.4 yards per rush and has a Clemson freshman record 12 rushing touchdowns. Etienne and Tavien Feaster both have runs of at least 80 yards this year, the only teammates in the nation with 80-yard touchdown runs this year.

Clemson’s offensive line is among the best in the nation and features three first-team All-ACC players in Mitch Hyatt, Tyrone Crowder and Justin Falcinelli.