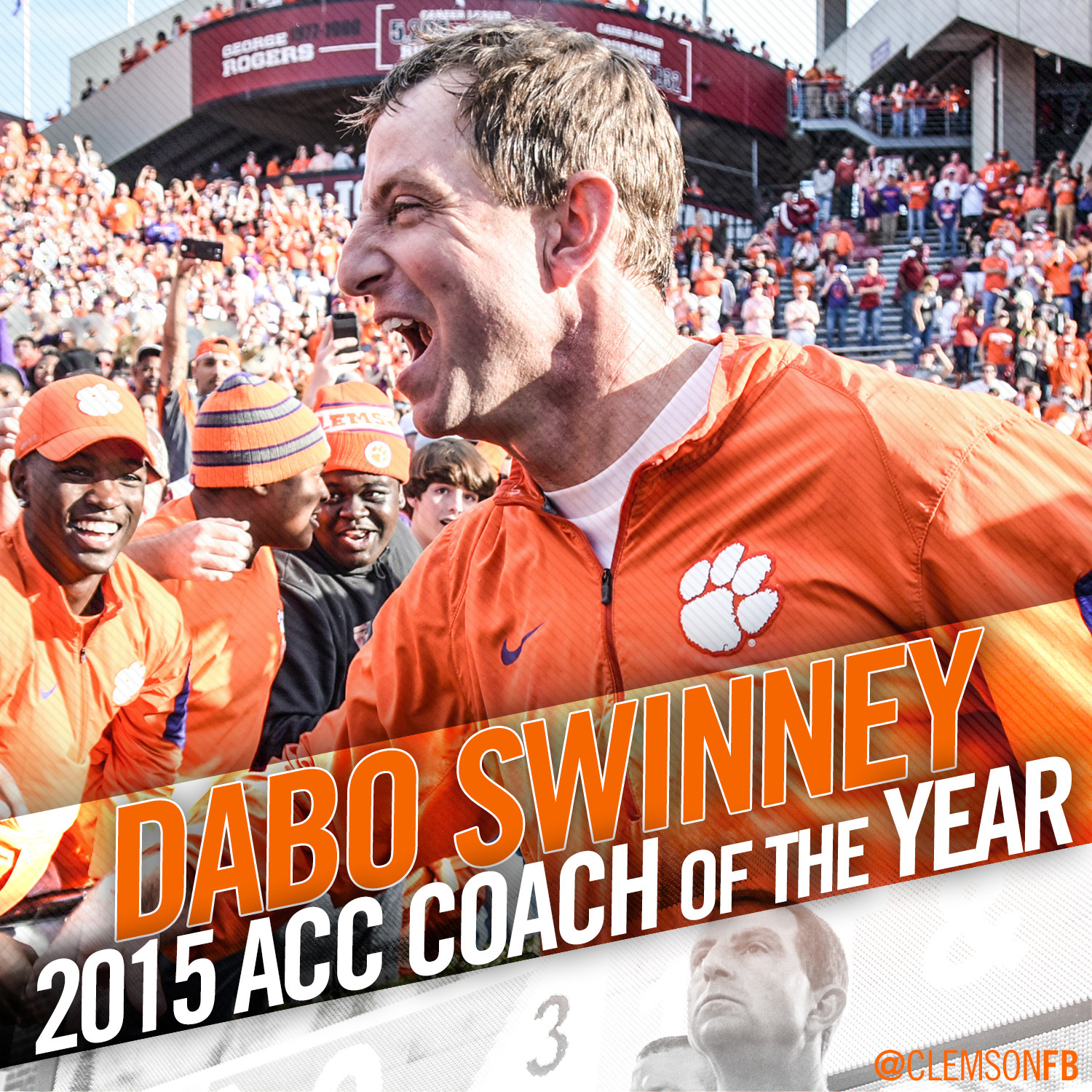 GREENSBORO, N.C. (ACSMA & the ACC.com) – Clemson’s Dabo Swinney, who led the Tigers to a perfect 12-0 regular season and the nation’s No. 1 ranking, has been voted the Atlantic Coast Conference Football Coach of the Year.

Swinney received 27 of the 50 votes cast by members of the Atlantic Coast Sports Media Association (ACSMA).  North Carolina’s Larry Fedora placed second in the balloting with 21 votes, while Florida State’s Jimbo Fisher and Pitt’s Pat Narduzzi each received one.

“It’s really special,” Swinney said when asked to reflect on the Tigers’ perfect regular season. “I think everybody should take time to embrace that from a Clemson standpoint. We certainly have tried to do that.”

Clemson owns the nation’s longest active winning streak at 15 games, dating back to the final three games of 2014.  The 15 consecutive wins also ties a school record, first set by the Tiger teams of 1947-49.

Clemson’s memorable 2015 season has included wins over No. 6 Notre Dame and No. 16 Florida State. The Tigers rank first in the ACC in total offense (502.5 yards per game) and second in total defense (288.5 yards per game allowed).  Clemson led all schools with 17 players named to the 2015 ACSMA All-ACC team, including a league-high six first-team selections.

Under Swinney’s watch, Clemson stands 44-7 over the last four years, the most victories in a four-year period in school history. The eighth-year head coach owns a 73-26 career record with the Tigers to rank third on the school’s all-time list and stands tied for 13th in ACC history.  He will coach his 100th game on Saturday night.

With an 8-0 mark against ACC teams during the regular season, the Tigers set a school record for conference wins and finished unbeaten in league play for the first time since the 1991 squad finished 6-0-1.