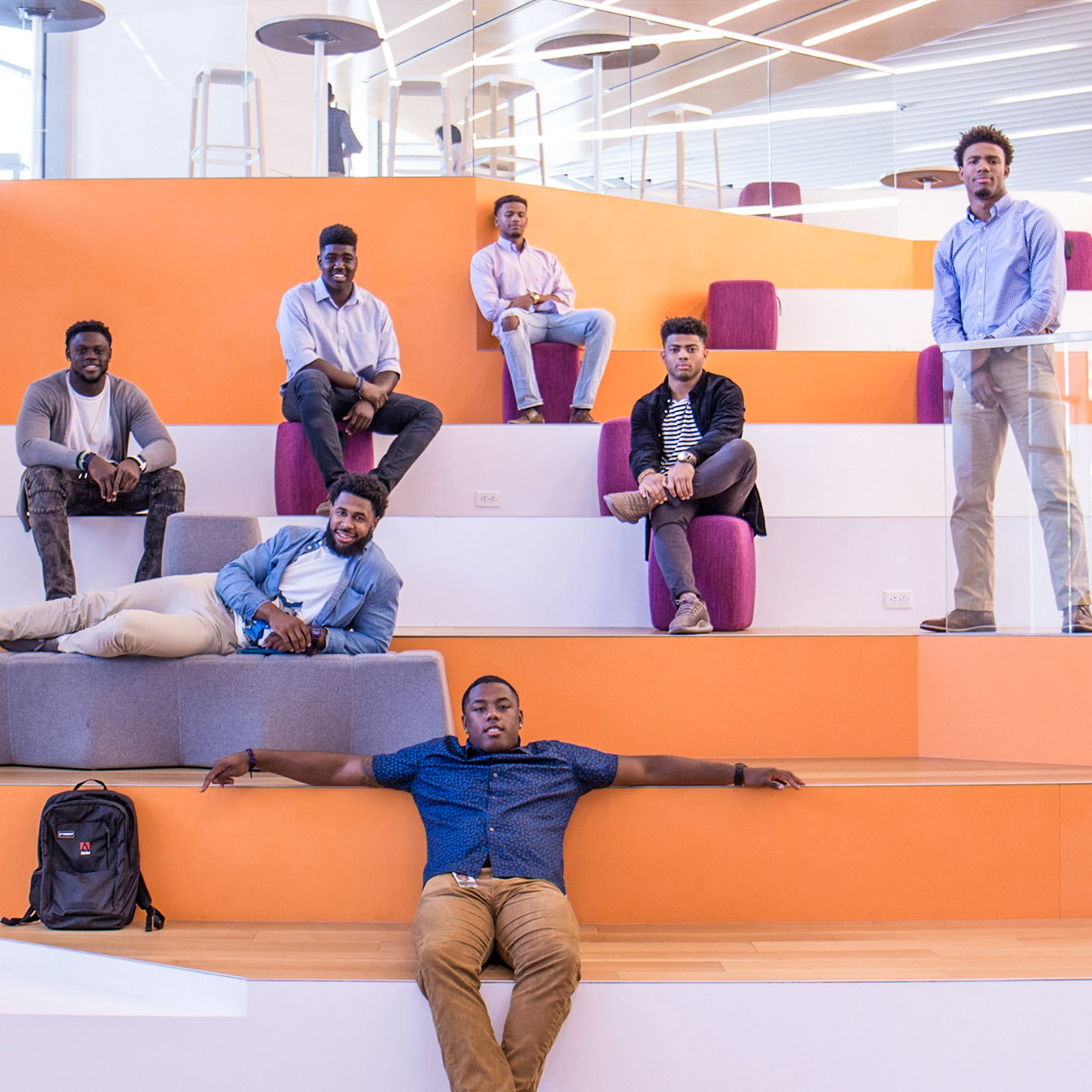 The realization made by Clemson’s director of football player relations & external affairs, Jeff Davis, a great linebacker for the national championship-winning Tigers of 1981, has formed the foundation of his career after football and has culminated in the establishment of a new standard for the realm of college athletics.

“Football is very limited as a profession, but what you learn from it empowers you for a lifetime.”

While the recent construction of Clemson’s new Allen N. Reeves Football Complex has naturally garnered widespread attention because of the facility’s grandiose appearance and luxurious features, the most significant characteristic of the new football complex is the presence of P.A.W. Journey, a program that has come to redefine the experience of a college football player. P.A.W. Journey is housed right inside the front door, showing the importance head coach Dabo Swinney places on it.

More than just a life skills program, the journey known as P.A.W., an acronym for “passionate about winning,” offers three intricate, hyper-focused programs that are structured to prepare Clemson’s football players for life after football. Striped, which is headed by Davis, is centered upon the idea that Tigers are made, rather than born, and focuses on instilling character, confidence and conviction into the players.

“College football players have to go to practice, lift weights and focus on their academics,” said Davis when explaining the rationale behind P.A.W. Journey. “Sometimes, life gets lost in all of that. So I think that P.A.W. Journey keeps life at the door for them.”

Working closely with Davis is Savannah Bailey, who is the player relations coordinator in charge of the C.U. in Life sector of P.A.W. Journey, thereby assisting the players with various life skills and helping devise community service projects for them to undertake.

“The emphasis is on proving to the players that they’re so much more than just their athletic abilities,” said Bailey. “P.A.W. Journey focuses on who they are as a person and what we can do to help support them in their development.”

Inspired by the concepts of love, living and light, the C.U. in Life program has been integral in enabling Tiger players to take part in memorable events, such as the life-changing mission trip to Haiti that 16 players took part in during the summer, when hundreds of meals and shoes were distributed to Haitian children.

Junior linebacker Jalen Williams took part in the philanthropic excursion, with the once-in-a-lifetime opportunity leaving him thankful for all that P.A.W. Journey has to offer.

“To me, P.A.W. Journey is Clemson football,” said Williams. “They do everything they can to empower us, enhance us and expose us to life after football. And they’re doing that so that when the football flattens, we’re not starting from ground zero.”

P.A.W. Journey has also been integral in promoting professional development for Clemson’s players, with director of career & professional development Allison Waymyers doing an excellent job of aiding players on the job front. From presenting them with internship opportunities and assisting them in their preparation for the work world that will follow football, Waymyers takes this on as the leader of the P.A.W. Journey division known as 5th Quarter.

“I want to make sure that the players’ foundations are firm,” said Waymyers on her approach to directing 5th Quarter. “There’s no way we can tell them to transform the world if they don’t know what they want to do and they’re not intentional with it.”

A shining example of the positive work being conducted through 5th Quarter is the Adobe internship that seven Tigers participated in last spring. Spending two weeks in San Jose, Calif., the proactive players shadowed Adobe professionals, honing their skills in fields such as product marketing and sales.

Tight end Milan Richard, who was one of the participants in the internship experience, is one of the many members of the Tiger roster who has reaped the benefits of 5th Quarter, and he spoke highly on what P.A.W. Journey, as a whole, means to him.

“P.A.W. Journey means opportunity and leadership. It provides an abundance of opportunities, and as a player, you have to be proactive to take advantage of that. It has taken our program to the next level.”

With the abundance of commitments that being a college football player requires, the real world is often merely an afterthought for these athletes. However, P.A.W. Journey is changing that narrative, and rightfully so, as football is a gateway to so much in life. Thanks to the one-of-a-kind program, Clemson players are discovering that in earnest.

Sophomore offensive lineman Sean Pollard is a shining example of that, as he has taken it upon himself to make a widespread impact in his community and beyond since the implementation of P.A.W. Journey. Pollard, who participated in the mission trip to Haiti, organized a fundraiser called “All Off For Cancer,” in which he and other members of the team shaved their heads to raise awareness for pediatric cancer. Helping raise over $10,000 to support that cause, Pollard’s proactive fundraising idea perfectly epitomizes the spirit of P.A.W. Journey.

“It sets Clemson apart from other schools,” opined Pollard when discussing P.A.W. Journey. “As a football player, I’m not just here to play and get a useless degree. P.A.W. Journey is making sure that when I go out into the workforce, I’ll have connections to assist me.”

What makes P.A.W. Journey so incredibly special is simply that it is not required, but, in today’s times especially, it is absolutely necessary. No, Clemson’s football program was not obligated to implement the in-depth, groundbreaking program, and Davis was certainly not obligated to devise it in the first place.

But with a coaching staff that follows the philosophy of best being the standard, it was deemed necessary by all involved with the implementation of P.A.W. Journey to give it the platform that it so rightfully deserves.

“P.A.W. Journey has shed light on what’s most important…why we play football,” said Davis. “It’s about life. It’s about preparation. It’s about giving back. It’s about having a vision.”

That vision, which serves as the backbone of Davis’ P.A.W. Journey brainchild, is that a college football player can utilize his four or five years of schooling to garner as many valuable experiences, both on and off the field, as possible in order to better prepare him for making a positive impact in the real world.

Although every Tiger has only a brief window of time to experience the thrills of playing in front of tens of thousands of fans in Death Valley, P.A.W. Journey guarantees that even after playing eligibility has long since expired, the experience of being a Clemson football player will still pay dividends.