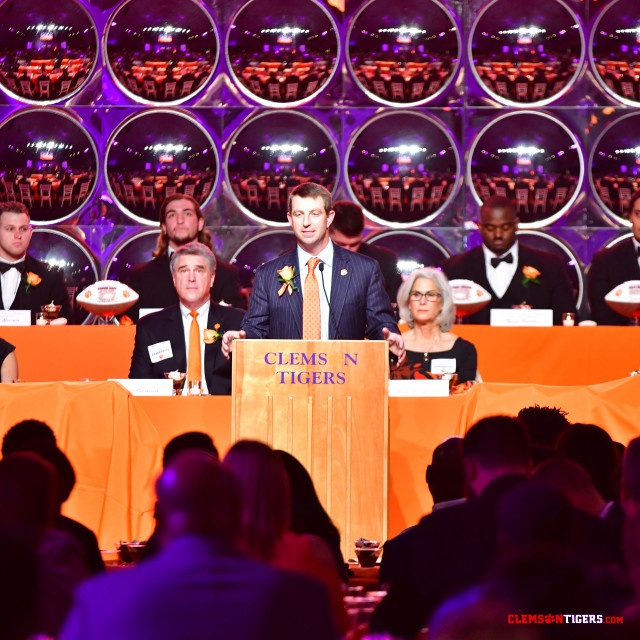 The offensive most valuable players, known as the Tiger Pride Awards were presented to quarterback Kelly Bryant and offensive tackle Mitch Hyatt. Hyatt is just the second offensive lineman to receive an MVP award in the last 30 years. Kalon Davis was also honored in 2014.

On the defensive side the ball, Clelin Ferrell, Ryan Carter and Dorian O’Daniel were honored with Tiger Pride Awards.

The PAW award that is given for outstanding play, academic excellence, community service went to junior tight end Milan Richard.

Former Clemson outside linebacker and 1981 National Champion Mark Richardson was presented with the Brian Dawkins Lifetime Achievement Award. Richardson is a member of the Clemson Board of Trustees and has many years of success in the business world in Charlotte and as a vice present of the Carolina Panthers.

Solid Rock Award (most solid, consistent and dependable player at each position)

Solid Rock Award     (most solid, consistent and dependable player at each position