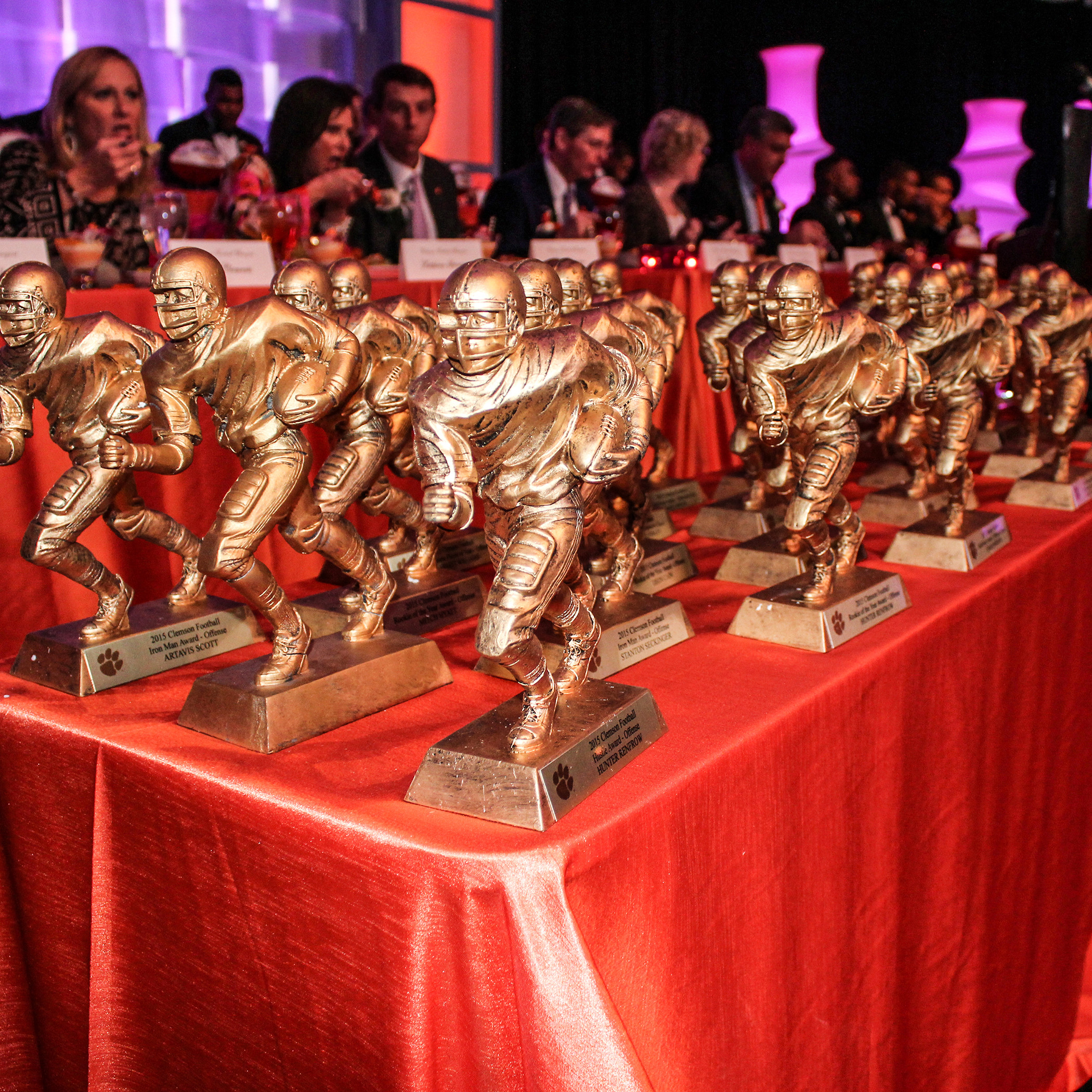 CLEMSON, S.C. – Deshaun Watson, Wayne Gallman, Shaq Lawson and Greg Huegel were all honored as most valuable players of the 2015 Clemson football team on Saturday evening at the program’s annual awards banquet. The event, held at the indoor practice facility, recognized the achievements of Clemson’s 2015 team that finished No. 2 in the nation with a 14-1 record, captured the ACC Atlantic Division title, the overall ACC championship, the Orange Bowl championship and a trip to the national championship game.

Watson and Gallman won Tiger Pride Awards (MVP) for the offense, while Lawson won the same honor for the defense. Huegel won the Tiger Pride Award for the special teams. Watson became the first player in FBS history to pass for 4,000 yards and rush for 1,000 yards in a season. Gallman set a Clemson record with 1,527 rushing yards. Lawson led the nation in tackles for loss (25.5) from his defensive end position, and Huegel led the nation in field goals (27).

Former Clemson All-American Jerry Butler was the recipient of the Brian Dawkins Lifetime Achievement Award, an accolade presented each year to a former Tiger letterman for outstanding achievement after graduating from Clemson.

The evening concluded with the presentation of the permanent captains for the 2015 season. Those players were Mac Lain, Blanks, Peake, D.J. Reader, Seckinger and Goodson.

The award winners are listed below: