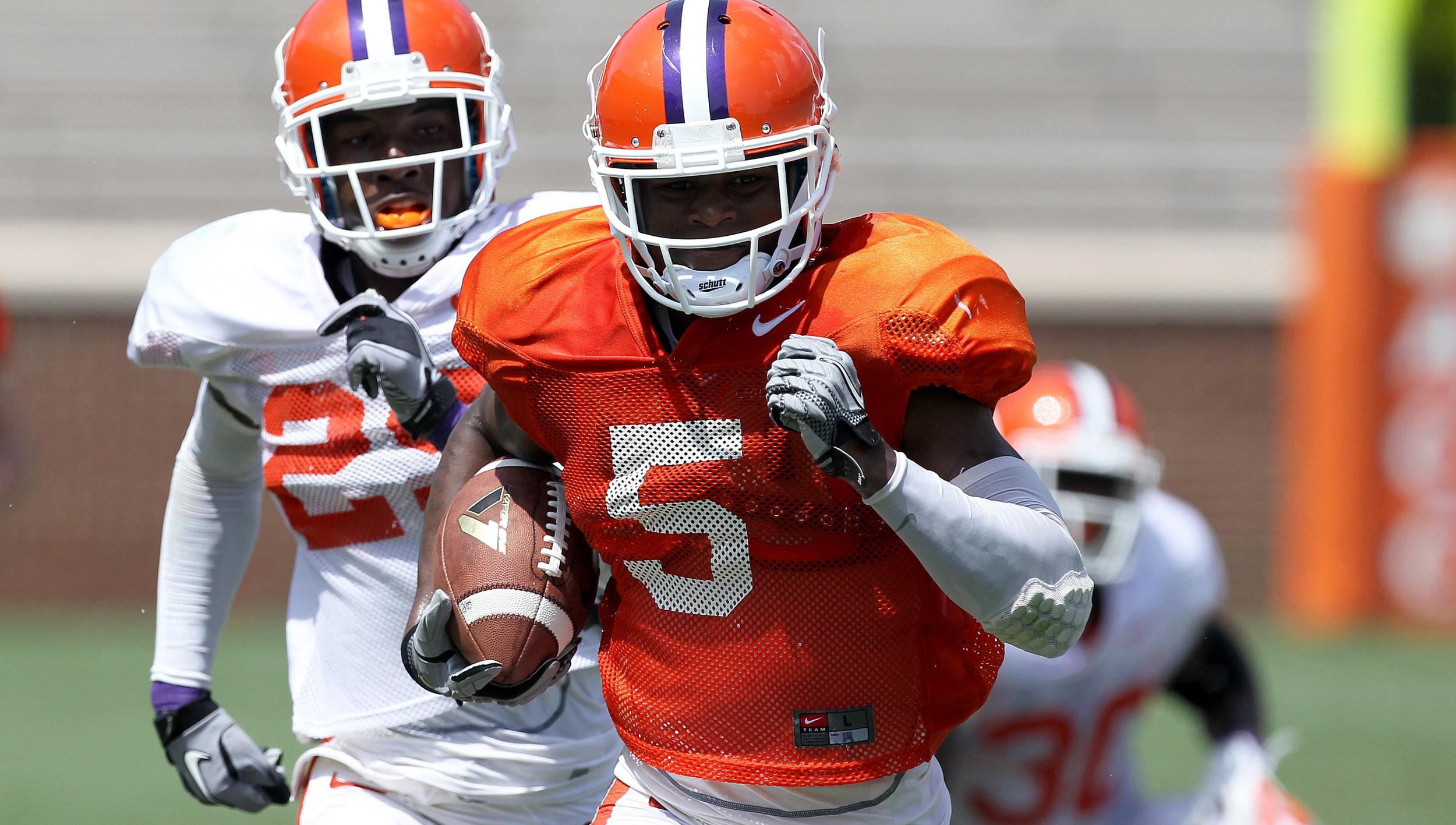 The Clemson football team held its final preseason practice of 2013 on Tuesday, August 20 at the football practice fields on the Clemson campus.  The Tigers will take a day off on Wednesday as it is the first day of classes for Clemson University, before returning to the practice fields on Thursday.

The Tigers are preparing for their season opener against Georgia on August 31 at Memorial Stadium, which will be broadcast nationally on ABC at 8 PM.  ESPN College GameDay will be in Clemson for the matchup between the two top-10 teams.