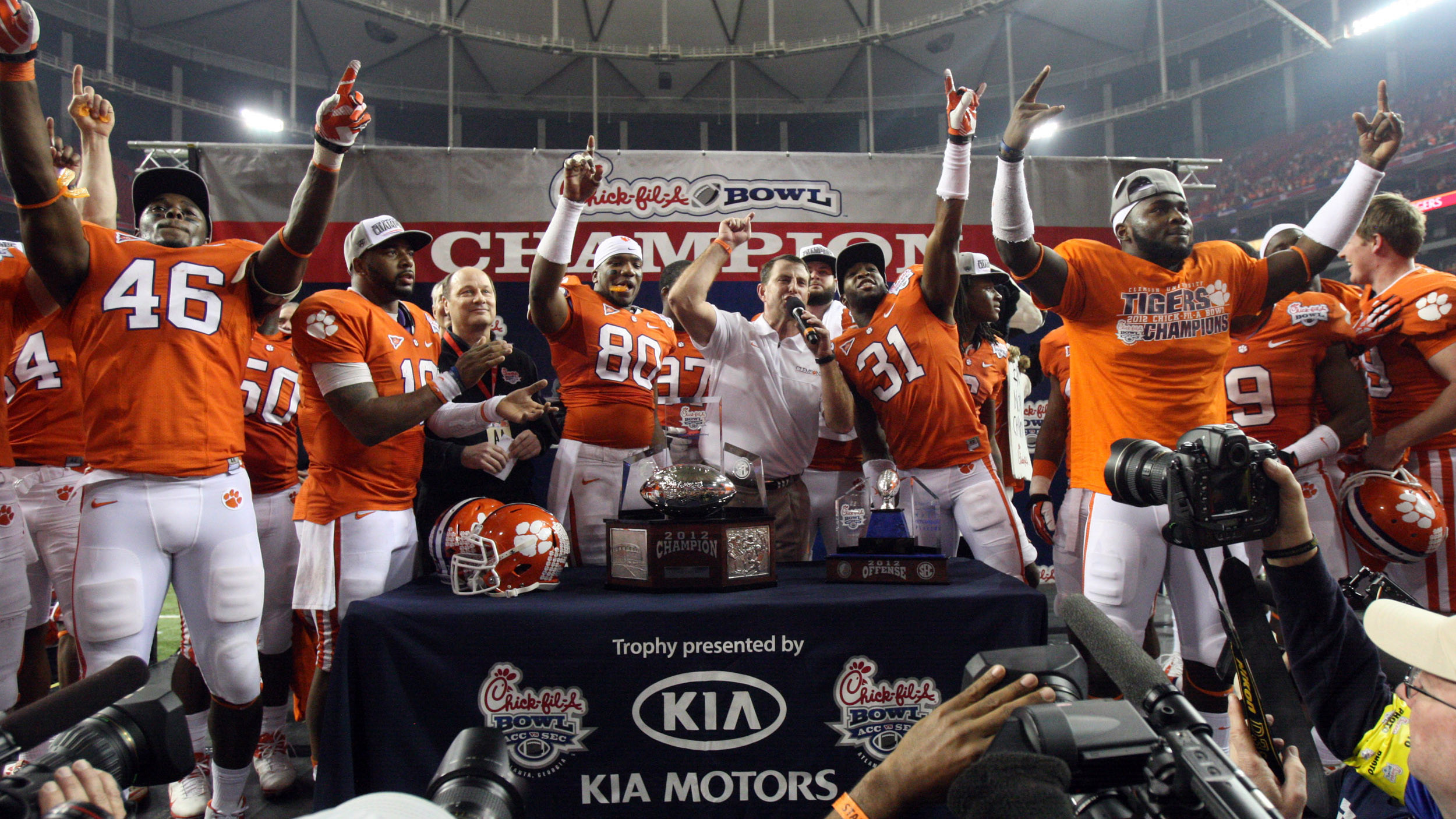 CLEMSON, SC – Clemson finished ninth in the final USA Today poll and 11th in the final Associated Press poll according to the polls released on Tuesday morning. It is the first time since the 1990 season that Clemson has finished in the top 10 in either of the two polls.

Clemson was ranked 13th by USA Today and 14th by AP entering the bowl season. But the Tigers defeated LSU, then ranked seventh by USA Today and ninth by AP entering the bowl season, by a 25-24 score in the Chick-fil-A Bowl on December 31. It was the highest ranked team Clemson has defeated in a bowl game since the 2003 season when the Tigers defeated sixth ranked Tennessee in the same bowl, 27-14.

Clemson finished with an 11-2 record, its most wins in a season since 1981 when the Tigers were 12-0 and won the national championship.