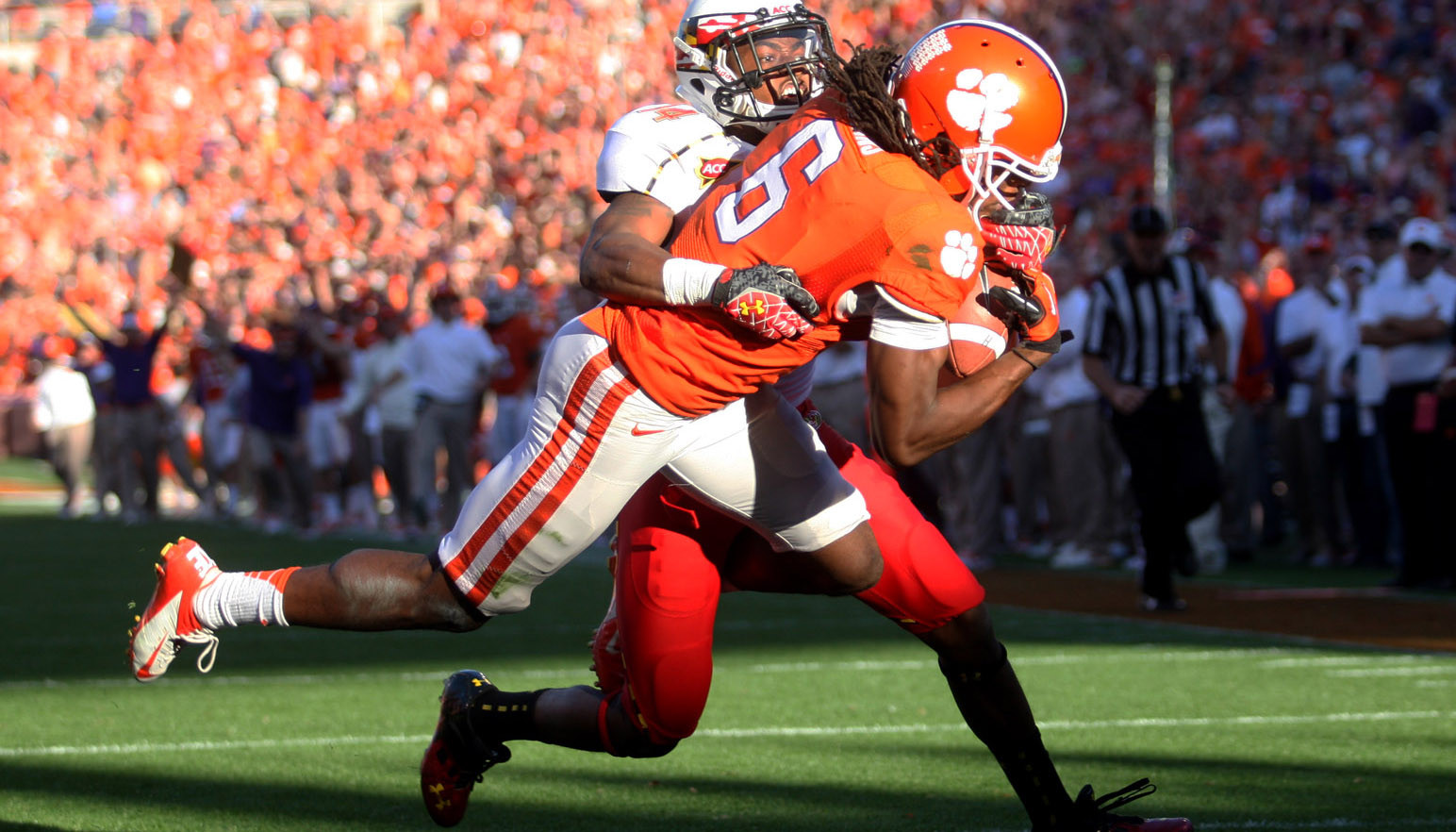 CLEMSON, SC – Clemson improved two spots to a number-11 ranking in the latest Bowl Championship Series college football rankings released on Sunday night. The Tigers have a rating of .5921, just behind ACC Atlantic Division rival Florida State, who stands at .6071 in 10th position.

The Tigers are ranked ninth in the Harris Poll and ninth in the latest USA Today poll. Clemson is also 11th in the Associated Press poll, but that ranking is not factored into the BCS formula. Clemson’s average ranking in the computer aspect of the BCS poll is 15th.

This is the 13th consecutive BCS ranking that Clemson is in the top 20. The Tigers are one of eight schools that can make that claim and are joined by Kansas State, Oregon, Alabama, LSU, South Carolina, Oklahoma and Stanford as programs that have been listed in the top 20 of every BCS poll the last two years.

Clemson has made a steady climb since the first BCS ranking on October 14. Clemson has gone from 19th in the first poll to 18th in the second, to 13th in the third, 13th in the fourth and now 11th in the fifth poll. There will be three more rankings. The final ranking on December 2 will be used to determine the teams that will be selected for the five BCS Bowls.

Clemson played in a BCS Bowl, the FedEx Orange Bowl, last year. Clemson is attempting to join Florida State and Virginia Tech as the only ACC programs to play in BCS bowls in consecutive years.