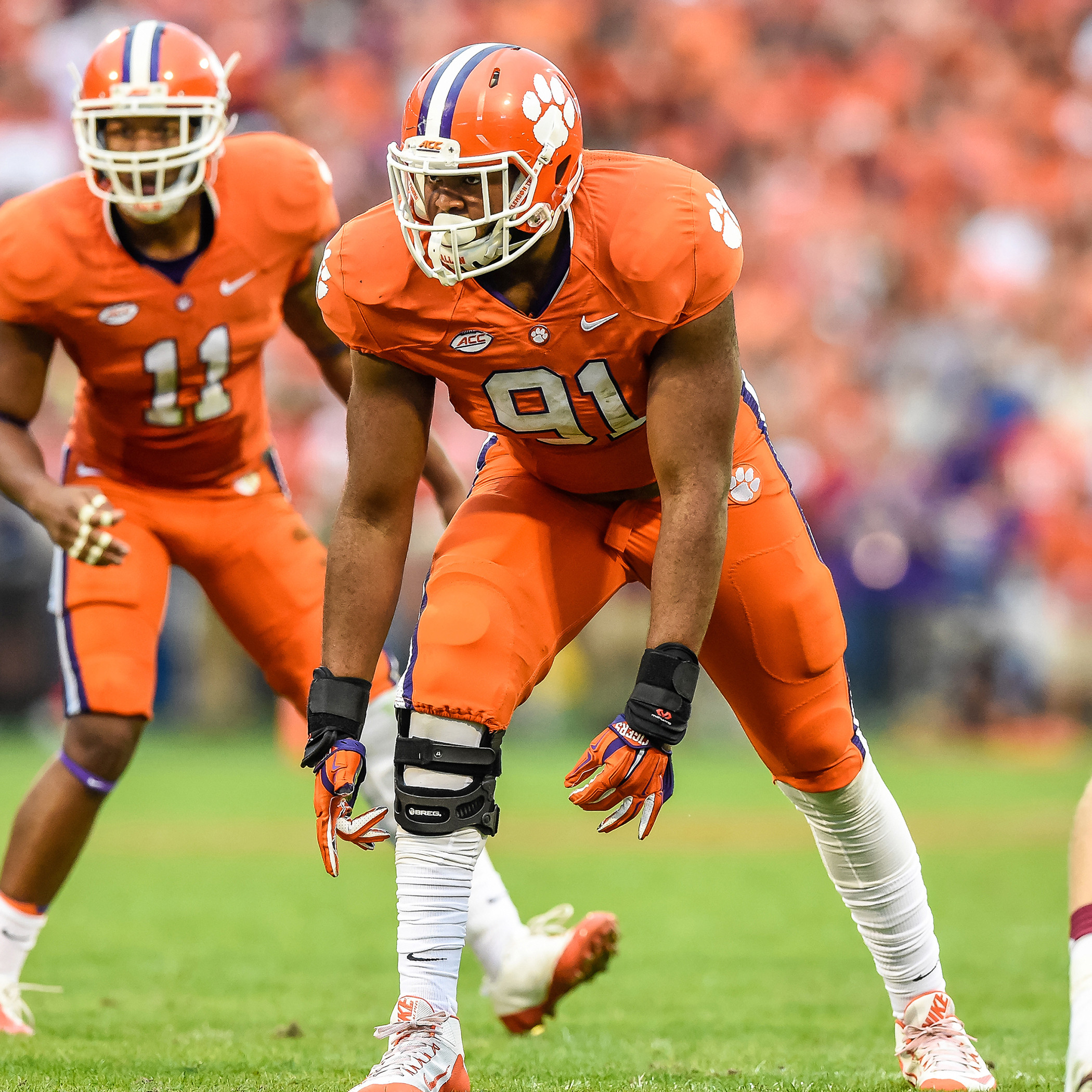 Clemson, S.C.—Clemson defensive end Austin Bryant will miss “a few weeks” after suffering a fracture of the fifth metatarsal on a foot during practice on Monday night.  The sophomore had surgery to have a screw inserted in the foot on Tuesday.

As a result of the injury, Clemson Head Coach Dabo Swinney said after practice on Tuesday afternoon that Christian Wilkins will see more time at the defensive end position.  Wilkins was a freshman All-American at defensive tackle last year, but played considerable time at defensive end this past spring.

“It was a freak accident at practice on Monday night,” said Swinney.  “He had a simple procedure today.  It is the same injury he had in high school, but on the other foot.  The positive is that he will be back.  We hope to have him back by the Georgia Tech game (Sept. 22 in Atlanta).  We just hate to lose him because, even though he is a sophomore, he was our most experienced defensive end.”

Bryant played in 13 games last year and played 219 snaps.  He had 35 tackles, including two tackles for loss.  He had his best game against Oklahoma in the College Football Playoff game in the Orange Bowl when he had eight tackles in 63 plays as a substitute for an injured Shaq Lawson.

Swinney talked about the defensive end plan going forward.  “Christian demonstrated this spring that he could do it (play defensive end).  He is very athletic.”  Wilkins dropped from 325 to 300 pounds in the offseason.

“We also have Jabril Robinson out there.  He is 20 pounds lighter than last year at 260.  I am very proud of what Richard Yeargin has become. He came here at 225 and is now 260.  Clelin Ferrell has also had a terrific fall came.  And, I have talked about how well Chris Register has played this preseason.”

Tuesday’s practice signaled the end of fall camp.  The team will have Wednesday off as the team and the rest of Clemson University attend the first day of classes.  “It is time to turn the script,” said Swinney.  “We have had them all to ourselves for the last two weeks.  It has been nothing but football.   Now it is time to let them go to school.  There is a lot of energy on campus about the season.  I saw that today when I spoke to the freshmen (in Death Valley.)”

The Tigers will hold a final scrimmage Thursday afternoon, have season prep practices on Friday and Saturday, then have Auburn specific preparation starting on Monday.