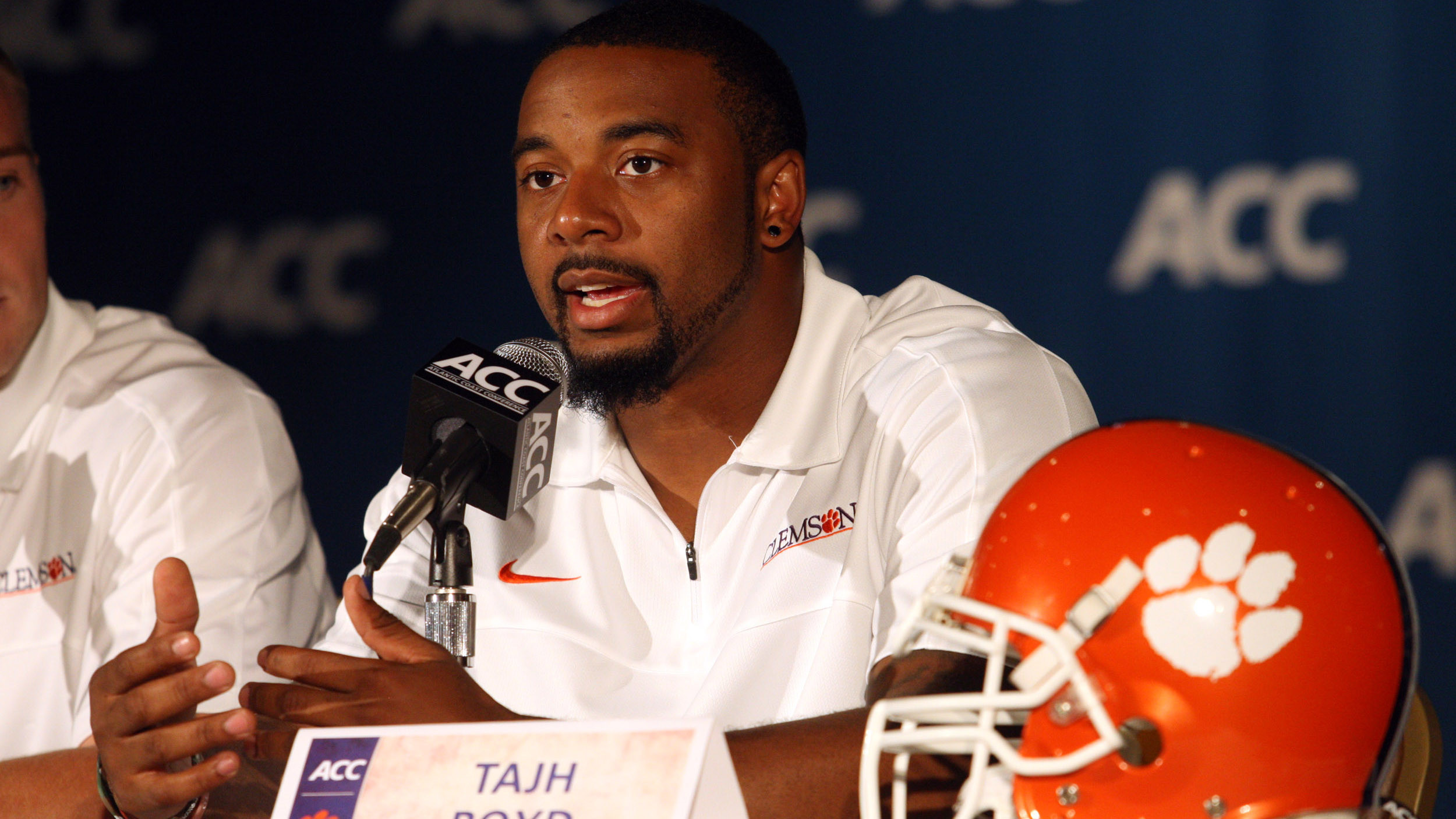 Boyd, who enters his senior season with 8,053 career passing yards and 73 career touchdown passes, was the overwhelming choice at quarterback in balloting by media in attendance at the 2013 ACC Football Kickoff, held earlier this week at Greensboro’s Grandover Resort.

Boyd, who was also voted the 2013 ACC Preseason Player of the Year, is one of three players from ACC preseason favorite Clemson on the 25-member squad. Florida State led all schools with six players, and four from North Carolina were voted to the team.

Joyner, a former safety, was named to the 2013 Preseason All-ACC team at cornerback. Joyner received 43 total votes – 32 at the corner and 11 at his former position.

Boyd is joined in the backfield of the Preseason All-ACC team by running backs Duke Johnson of Miami and James Wilder Jr. of Florida State.

Johnson, the 2012 ACC Rookie of the Year, placed third in the conference in rushing last season with 947 yards and ranked ninth nationally in all-purpose yardage at 171.67 per game. Wilder rushed for 635 yards and averaged 5.8 yards per carry. The pair placed 1-2 in the voting ahead of Syracuse’s Jerome Smith, whose 1,171 yards last season ranks first among all returning conference team rushers in 2013. Smith and the Orange join Pitt in making their ACC debuts this fall.

The receiving corps includes Watkins, the 2011 ACC Rookie of the Year, and Wake Forest’s Michael Campanaro, who leads all active ACC players with 162 catches. North Carolina’s Eric Ebron received the nod at right end after hauling in 40 catches for 625 yards and four touchdowns in 2012.

Clemson’s Catanzaro enters the 2013 season having made good on 26 of his last 27 field goal attempts (.963), including a school-record streak of 20 straight three-pointers.

Pitt’s Hendricks earned All-Big East honors in 2012 after registering 90 tackles and six interceptions. Duke’s Cockrell tied for first in the ACC with five interceptions and third in passes defended (18). UNC’s Boston was among a group of players with four interceptions in 2012.

Maryland’s Diggs made a huge impact as a freshman last season, returning kickoffs 99 and 100 yards for touchdowns and piled up 172.36 all-purpose yards per game. Duke’s Monday led the ACC in punting as a freshman, averaging 44.6 yards per kick.

Miami’s Johnson followed Boyd in the overall voting with 58 votes. Clemson’s Watkins was named on 57 of the 65 ballots.