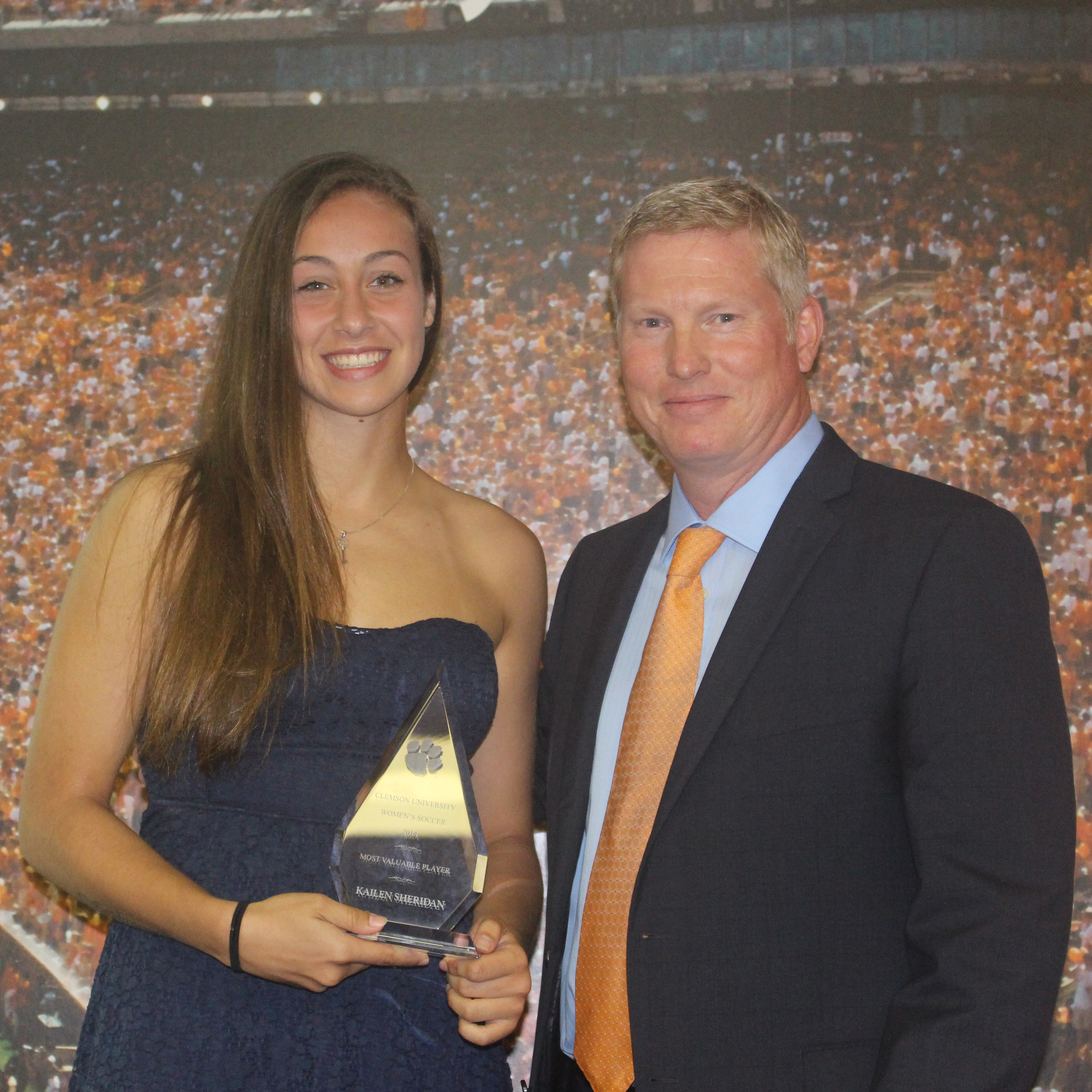 The Clemson women’s soccer team held its annual awards banquet on Saturday, April 18 to officially wrap up a successful 2014 campaign. The team, coaches, support staff and members of their families celebrated both academic and athletic achievements from the season.

On the academic side, an impressive 17 members received Academic Honor Roll recognition, which played no small part in the team having a 3.42 GPA in season in the fall of 2014. In addition, six Tigers received ACC All-Academic Team honors. Senior Katelyn Reeve, sophomores Tori Andreski, Emily Byorth, Gabby Byorth and Kailen Sheridan and freshman Shannon Horgan were all honored.

Receiving the Team Leadership Award was junior Allie Kington. Kington was one of the team captains this season, and addition to providing leadership on the field, has been very involved in the team’s off the field activities as well, helping to coordinate and lead community service activities and other events.

Goal of the Year honors went to Emily Byorth for her super strike at Pittsburgh on Oct. 26.  Byorth was given a lot of space from defenders and dribbled the ball in from past midfield before firing a strike into the back of the goal to help the Tigers to a 2-1 conference win on the road.

The Newcomer of the Year award went to freshman Shannon Horgan. The rookie played in 19 games for the Tigers, scoring two goals and contributing 10 points, tied for third most on the Clemson team.

Clemson’s volunteer assistant coach, Julie Carlson, presented the Deliah Arrington Offensive Most Valuable Player award to Catrina Atanda. The sophomore led the Tigers in scoring with nine goals and 20 points on the season in 19 games.

Two players shared the Defensive MVP award. Gabby Byorth and senior Savannah Coiner were both honored for their work in the Clemson backfield that allowed only 10 goals all season. Byorth played in 18 games while Coiner played in all 19.

The Coaches Award was presented to two players as well. Sophomores Emily Byorth and Katie Sprouse were honored with this award.

A complete list of the 2014 award winners is below.