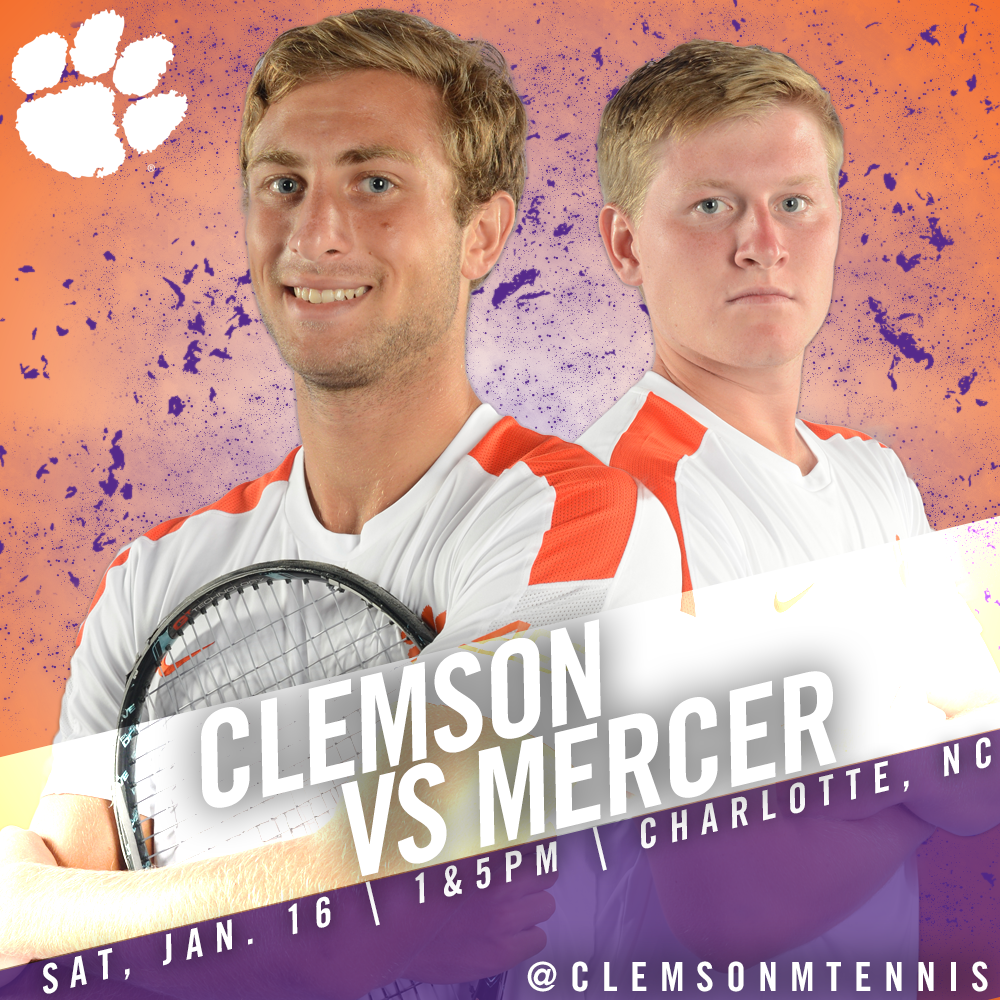 Who: Clemson vs. Mercer

CLEMSON, S.C. – The Clemson men’s tennis team begins the 2016 spring season with a neutral-site double header against Mercer on Saturday, January 16. Matches are scheduled for 1 p.m. and 5 p.m. at the Charlotte Indoor Tennis Club in Charlotte N.C. Periodic score updates will be available throughout the day on Twitter at @ClemsonMTennis.

Clemson is coming off a fall season in which many young players gained valuable playing experience. The Tigers will look to the two seniors on this year’s roster, Austin Ansari and Luke Johnson, to lead the way for this year’s squad, which also features five juniors, one sophomore and three freshmen. Johnson is the team’s returning leader in terms of wins, compiling a 17-14 overall record and a 14-11 record in dual matches in 2014-15.

Clemson holds a 3-1 all-time advantage over Mercer. The two teams squared off last season, for the first time since 1994, with the Tigers winning 4-0. This will be the first time in history that the two teams will compete at a site other that Clemson. Saturday’s matches will be recorded as neutral site contests.

Scouting Mercer: Mercer fell to Wofford in the first round of the Southern Conference tournament in the spring of 2015. The Bears finished the season with a 12-13 overall record and a 5-2 conference record. Mercer returns five players from last year’s team, including three seniors.