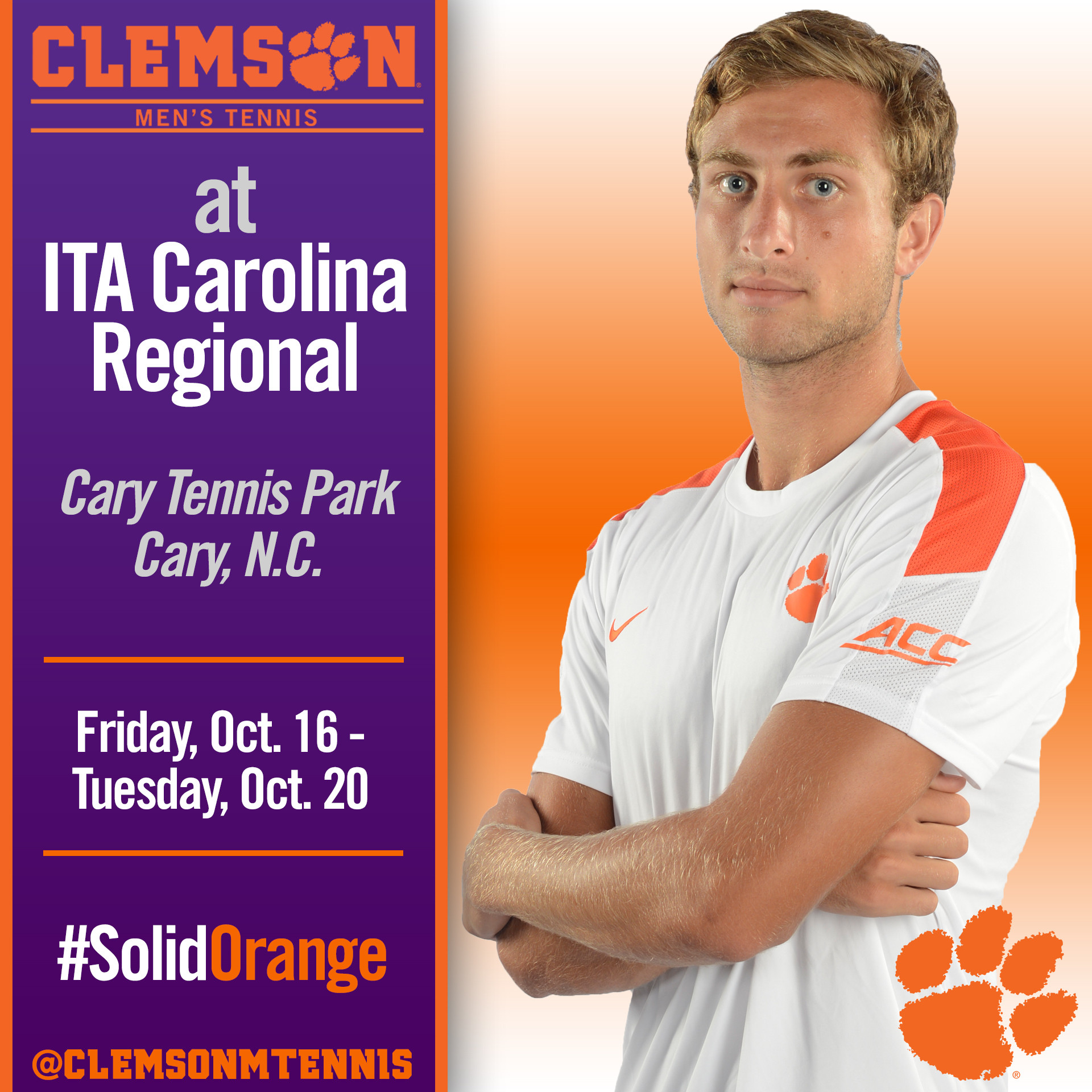 CLEMSON, S.C. – Eight members of the Clemson men’s tennis team will be in action at the 2015 ITA Carolina Regional in Cary, N.C. beginning on Friday, Oct. 16. The tournament opens with two rounds of singles play on Friday, while doubles action begins Saturday. The finals for both draws are set for Tuesday, Oct. 20.

Freshman Alex Favrot is the No. 10 overall seed in the 128-player singles draw. The native of Lyons, France will be seeing his first action of the fall season this weekend, and opens the tournament against Keivon Tabrizi of Wake Forest at 9:30 a.m. on Friday.

Seniors Austin Ansari and Luke Johnson, juniors Robert Dudley, Christian Harris, Brent Lett and Daffra Sanon and freshman Arturo Pinazo are also set for singles play. Pinazo and Sanon play the first matches of the day for the Tigers at 8:30 a.m., against Alan Poric of Wofford and Josh Swindler of UNC Asheville, respectively.

The doubles portion of the ITA Carolina Regional begins on Saturday, and the doubles bracket will be available on Friday morning. In doubles play at the Southern Intercollegiates, Dudley and Johnson recorded a 3-1 record and reached the semifinal round.