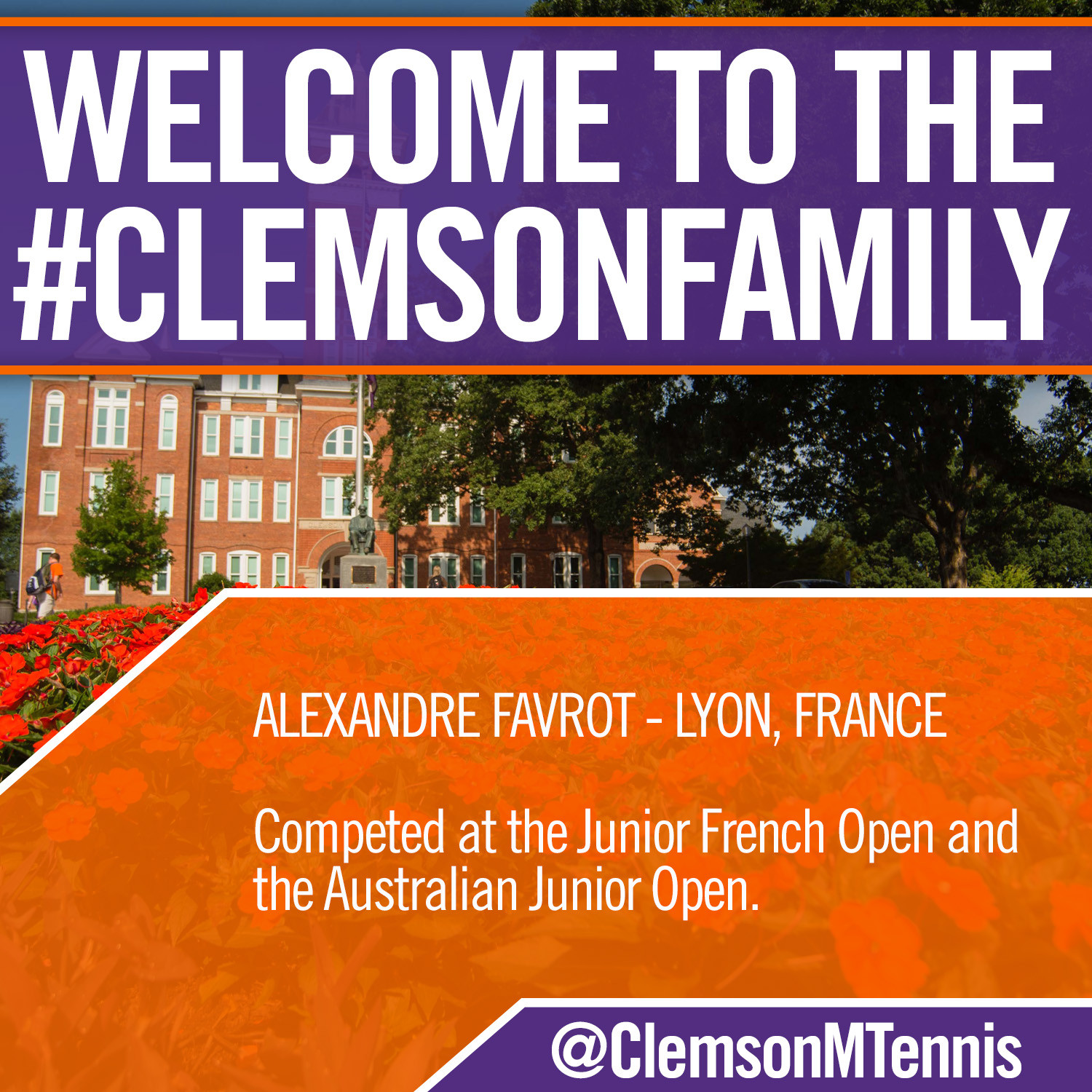 “We are excited to welcome Alex to the Clemson Family. His goals and the way he approaches academics and tennis match up perfectly with our program,” said Boetsch. “We look forward to helping him achieve his goals both on and off the court.”

Favrot will be an international transfer student on campus this fall. He joins fellow Frenchman Daffra Sanon, a native of Paris, on the Tigers’ roster.