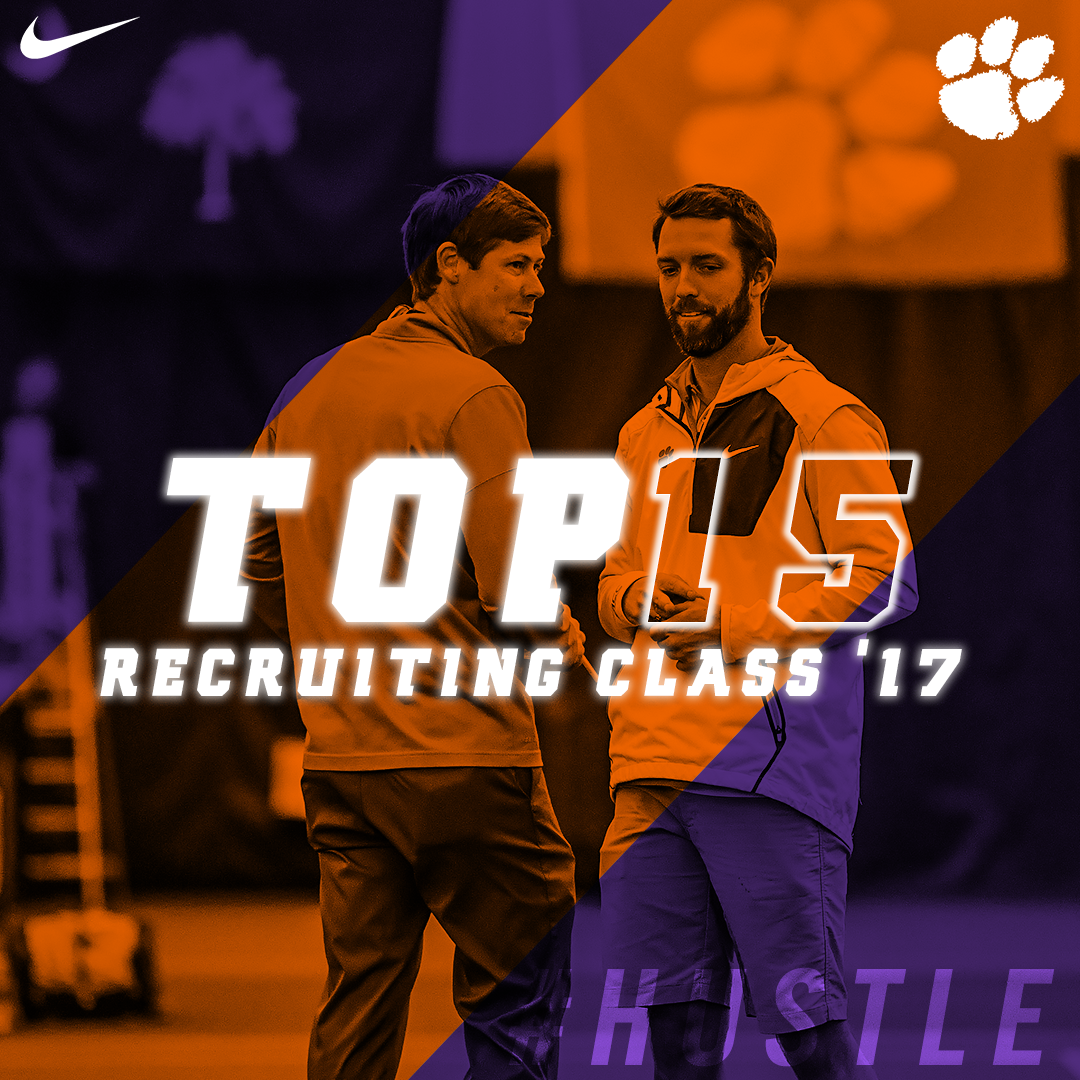 Clemson, S.C.—Head Coach John Boetsch’s first recruiting class for the Tigers has been ranked top 15 in the country on Monday afternoon. Boetsch announced the signing of four future Clemson tennis players that have signed their National Letters of Intent earlier this year.

Easterling, a member of the Spartanburg High School team, has an overall regular season and a playoff record of 81-2. He has led Spartanburg to three 4A State titles, was All-State 3 years, and was named Spartanburg’s first High School All-American.  Easterling has been ranked as high as No. 29 in the nation and is a five-star prospect according to TennisRecruiting.net.

Pelletier is a five-star prospect ranked No. 34 in the nation according to TennisRecruiting.net. Within the last year, Pelletier has wins over some of the nation’s top junior players. He recently won the 2016 Southern Closed Championships in June without dropping a set. At the USTA National Hard Courts played in Kalamazoo, Mich., Beau and his doubles partner made the quarterfinals.

Kelaidis is joining the Tigers this spring after having a hot 2016 on the ITF world junior circuit.  Kelaidis picked up ITF tournament wins in three different countries throughout 2016 and was ranked as high as No. 175 in the world.  Kelaidis will be a secondgeneration Tiger as his father Nick played on Clemson’s first ACC Championship team in 1969.

Van Gelderen has been competing on the national level and is in the top 200 in men’s singles and doubles. He is the fourth Clemson men’s tennis player to have Dutch roots and is following in the footsteps of his dad, former Tiger All-American, Vince Van Gelderen.

“We are excited about this recruiting class and the direction of our program. Coach Young, Coach Sprengelmeyer, and I look forward to helping these young men reach their goals on and off the court,” said Head Coach John Boetsch.