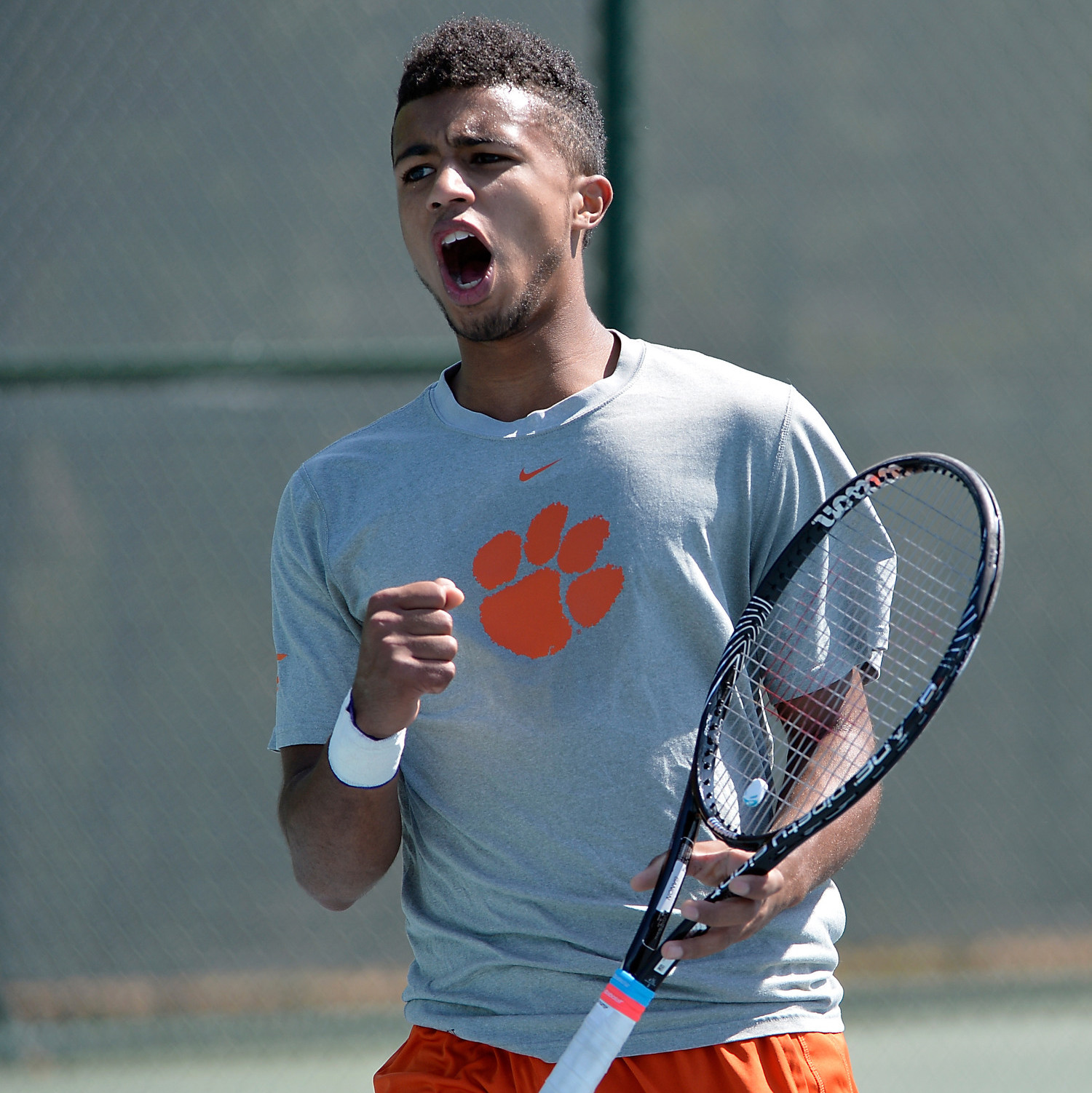 CARY, N.C. – Three Clemson juniors, Robert Dudley, Christian Harris and Daffra Sanon, each won two singles matches on the first day of competition Friday at the ITA Carolina Regional in Cary, N.C. All three will compete in the Round of 32 on Saturday.

“We are proud of the way the guys battled through some tough three-set matches today,” said Associate Head Coach John Boetsch. “We will have to come out tomorrow ready to play, as we have some great opportunities in both singles and doubles.”

Senior Austin Ansari defeated Duke’s Andrew DeJoy, 6-1, 6-2, in the Round of 128, before falling to the tournament’s No. 4 overall seed, Jack Murray of North Carolina, in the Round of 64. Fellow senior Luke Johnson dropped his first round match in three sets, but rebounded with a 6-3, 6-4 consolation round win over Warren Bryan of UNC Greensboro. Junior Brent Lett also won his consolation round match, in three sets, against North Carolina’s Stuart Depaolo, 4-6, 6-4, 6-3.