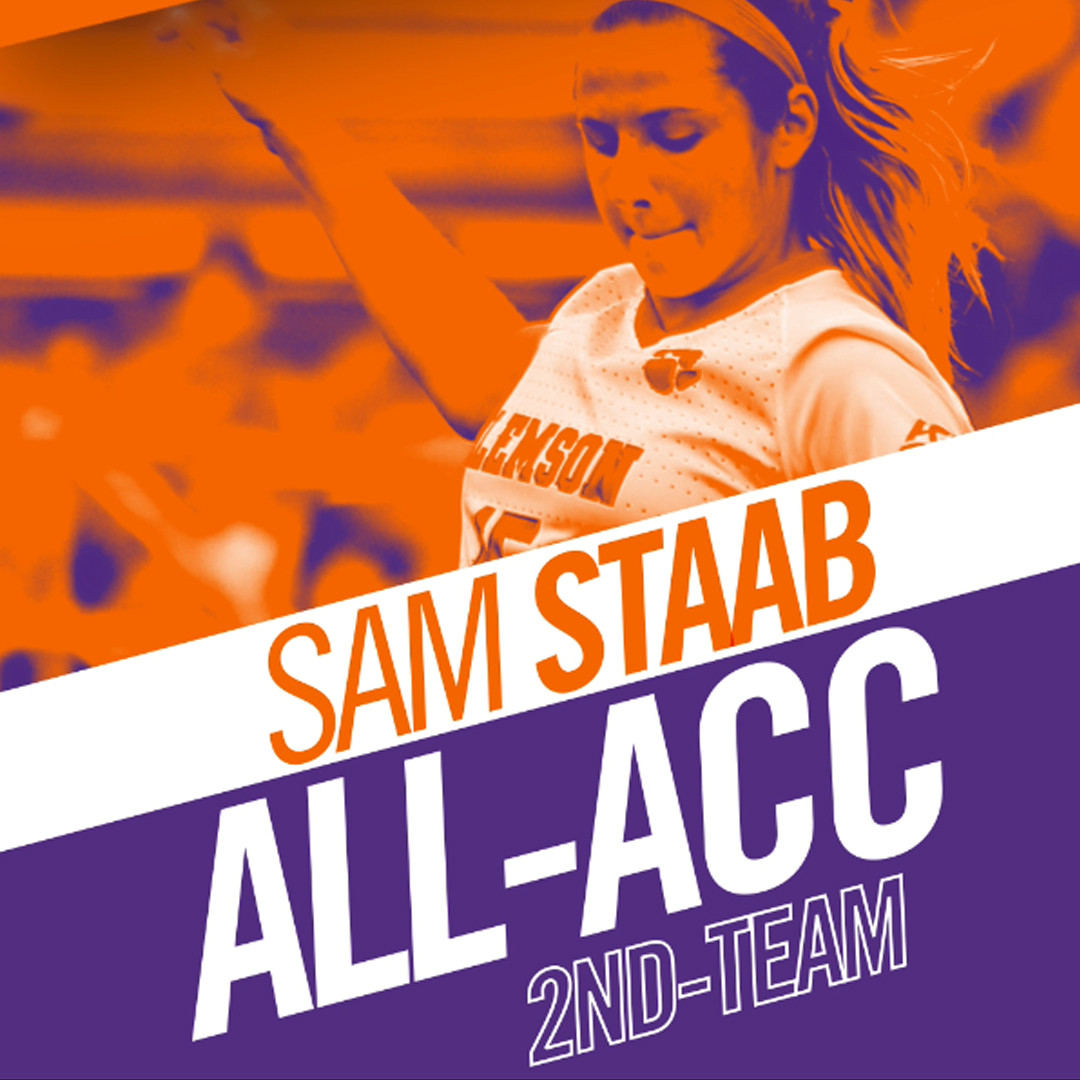 CLEMSON, S.C. – Two members of the Clemson women’s soccer team earned All-ACC honors for their play during the 2017 regular season, as voted on by the ACC coaches and announced by the conference office on Thursday. Junior Sam Staab was named to the All-ACC Second Team while rookie Mariana Speckmaier was named to the ACC All-Freshman Team.

Staab earned her third career All-ACC honor this season after being named to the second team in 2016 and the ACC All-Freshman Team in 2015. The San Diego, Calif. native has played 1,602 minutes anchoring the back line for the Tigers, and only allowing 13 goals on the season for a goals allowed average of 0.73. The junior captain has helped Clemson to nine shutouts in 2017. Offensively, Staab has contributed three goals on the season, the first coming in a 2-1 victory over No. 20 Auburn in the 102nd minute.

Speckmaier was named to the ACC All-Freshman Team after starting 15 of 17 matches during her rookie season, playing 1,043 minutes on the Clemson attack. She ranks second on the team in goals (6) and points (14), and also has two assists on the year. The forward from Miami, Fla. scored a hat trick in her first career game, becoming the 15th player in Clemson history to record a hat trick, the eighth to do so in her freshman season and just the second to do so in her first career game.