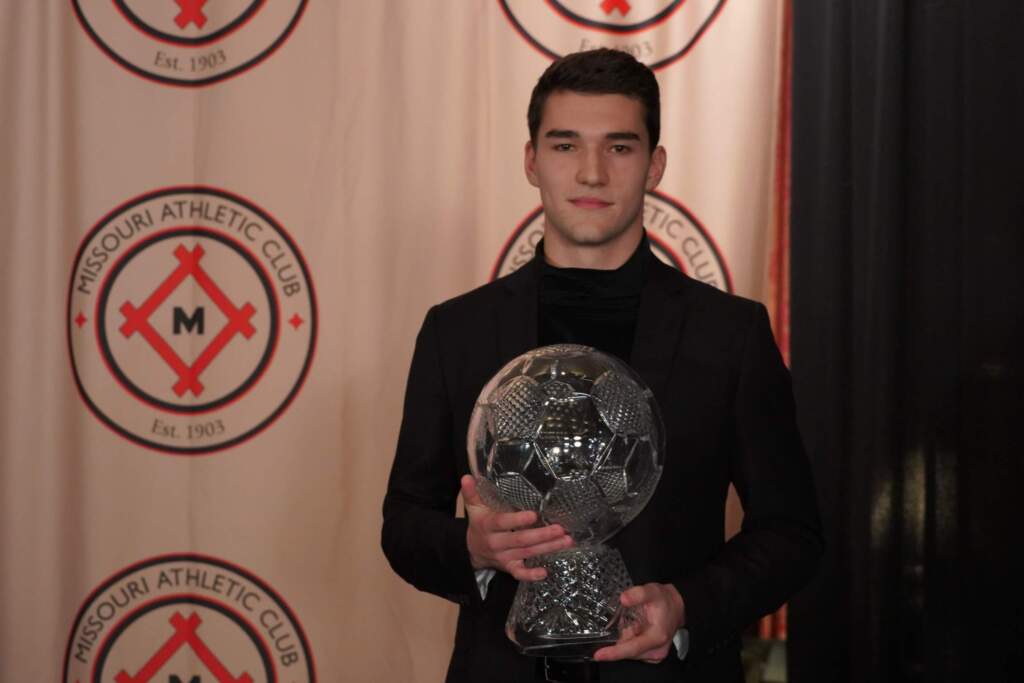 Saint Louis, Mo. – The most prestigious honor in college soccer will once again reside in Clemson, S.C., as Robbie Robinson was named the recipient of the MAC Hermann Trophy earlier this evening. This is the third time a member of the Clemson program has won the award, with Bruce Murray and Wojtek Krakowiak winning in 1987 and 1998, respectively.

Robinson’s 18 goals gives him a share of the nation’s lead in total goals scored, while his 45 points make him the nation’s leader in total points and points per game (2.37). Robinson ranks within the top 10 nationally in eight different individual categories.

With yesterday's Hermann Trophy announcement, we thought we'd give you 1⃣8⃣ reasons why Robbie Robinson has been the 𝘽𝙀𝙎𝙏 player in the country this year.

We even wrote an article if you still don't believe us! 😎⬇️
📰: https://t.co/sjdOz6qnLe#ClemsonUnited pic.twitter.com/asxa3YvWOA

With tonight’s honor, Robinson has become the 20th ACC player to win the award.

Robinson, who participated in his junior season during the 2019 campaign, recently declared for the MLS SuperDraft, signing a Generation adidas contract earlier this week.

The full release by the Missouri Athletic Club can be found here.