On Sept. 1, 1987, Clemson unveiled what may be the premier soccer stadium in the country at Riggs Field. The construction of a 6,500 seat grandstand provides top-notch accommodations for fans and players, and the revitalization of the bermuda grass field makes Riggs Field one of the nation’s finest.

In 1988 and 1994, the ACC champion was determined at Riggs Field, as Clemson played host to the annual ACC Men’s soccer tournament in November. It was also the site of the 1996 women’s ACC Championship. Several features of the stadium, which cost $1 million, make it unique. Lockerrooms for both teams are located underneath the stadium, as is a dressing room for the game officials. Teams and officials emerge onto the playing field through two concrete portals that lead from the lockerrooms. 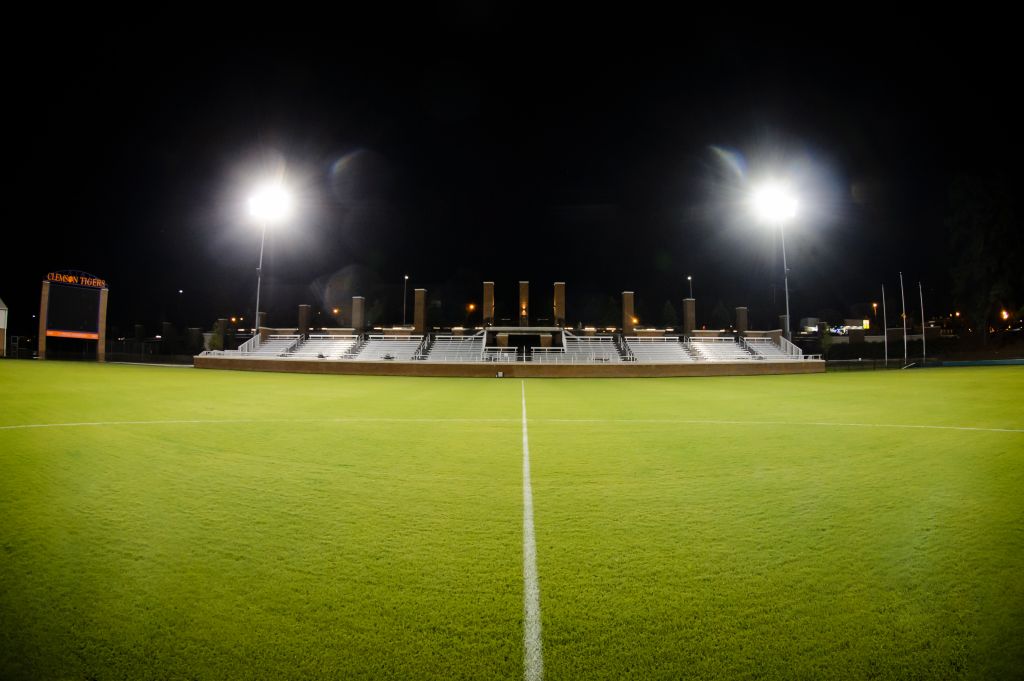 Other outstanding characteristics include a large press box located atop the stadium and it features a camera deck that extends from the press box itself. A press room with numerous phone lines for the working media is available in the indoor tennis facility adjacent to the soccer field.

The fans are also treated to several advantages in the stadium. Concessions and restrooms are conveniently located inside the indoor tennis facility next door. Facing the permanent stands is a $60,000 scoreboard that measures 24′ by 16′ and contains a computerized message center. This display center informs fans of player numbers, statistics, and upcoming athletic events. 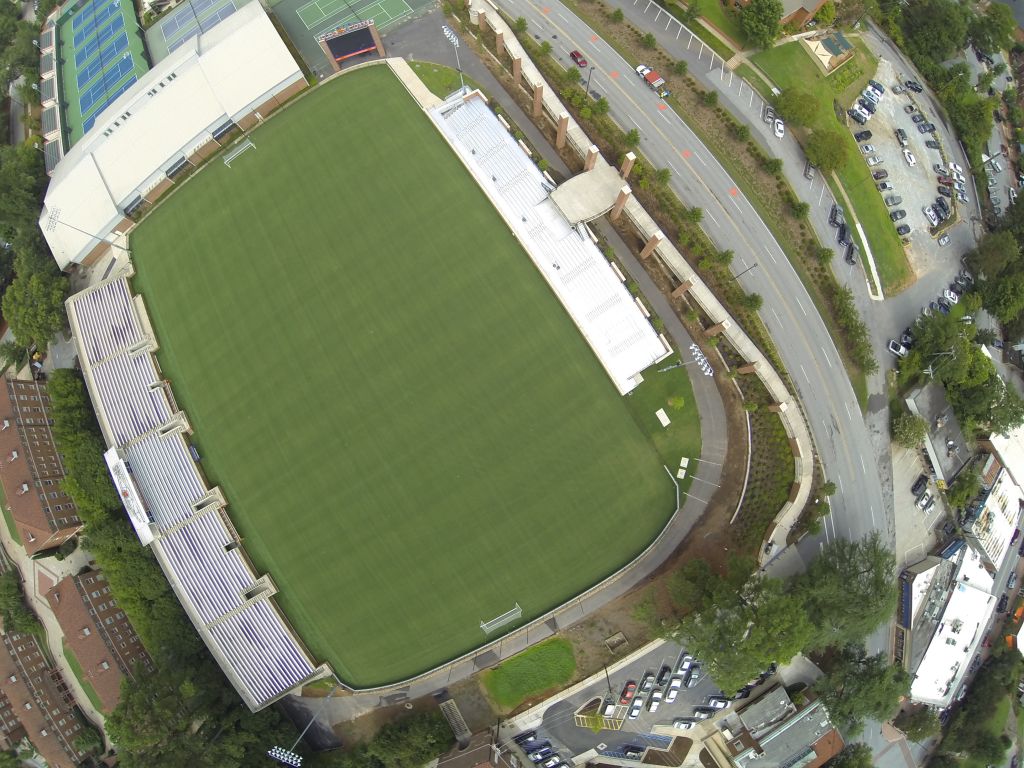 Named for Walter Merrit Riggs, Clemson’s president from 1910-1924, and the University’s first football coach, Riggs Field has been a friendly home to various Clemson athletic teams, dating back to 1915. Clemson’s football team compiled a 57-17-6 record during its 27 years at Riggs Field, while the men’s soccer team’s current record here is an amazing 241-44-19 (.824). The Lady Tigers are 38-8-2 (.813) in their four years of existence. The baseball team won 70 percent of its games there when the baseball diamond was part of the complex.

Riggs Field was dedicated on October 2, 1915, as Clemson and Davidson fought to a 6-6 deadlock in football. The soccer stadium’s dedication took place on Sept. 20, 1987, before the Wake Forest contest. The Tigers were 3-1 winners in this game.