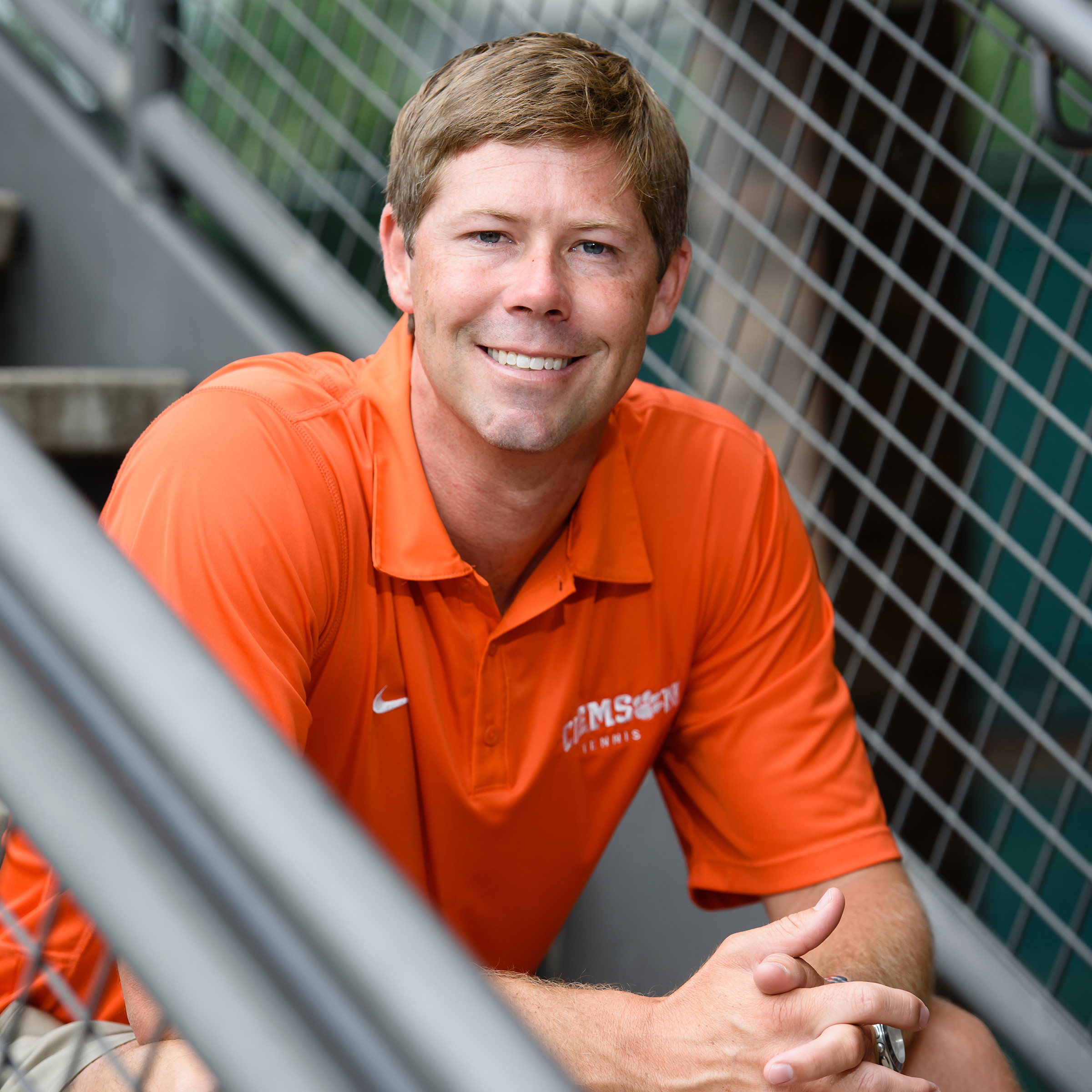 After nearly 100 years of Clemson men’s tennis, John Boetsch is taking over as the program’s ninth head coach.

Boetsch, a native of Fort Mill, S.C., became a team captain in his two years playing for the Clemson men’s tennis program, playing singles and doubles during the 2003 and 2004 seasons. He spent his first two seasons at Erskine before transferring to Clemson for his final two years of eligibility. Boetsch earned First Team All-ACC honors as a junior in 2003 and helped lead the Tigers to the Elite Eight in 2004.

Boetsch is the first Clemson men’s tennis head coach in the history of the program to have played for and graduated from Clemson, and therefore, brings a different perspective to the program than most coaches around the country. He has literally walked the same halls as his current players, played on the same courts, lifted the same weights and worn the same uniform. The personal experience he has as a former Tiger tennis player and as a Clemson graduate will be invaluable as he steps into his new role of head coach.

“The years I played at Clemson were some of the best years of my life. My teammates, coaches and the family atmosphere made it a special time. We had a group of guys that enjoyed working hard and fought for each other on gameday. My last year, we got to see our hard work pay off by making it to the Elite Eight.”

Despite his success as a player at Clemson and his accomplished tenure as assistant coach, Boetsch will never forget his roots and the hard work it took to enable him to not only play at Clemson, but to coach here as well.

“In high school, I was recruited by a few small Division I and Division II schools. To be able to transfer to Clemson for my last two years was an incredible opportunity.”

Boetsch will not only always stay true to his roots in this state, but he is also very loyal to fellow members of the Clemson family. In his first hire as head coach, Boetsch brought in a fellow Clemson Tiger and his former teammate, Ryan Young, as an assistant coach.

Boetsch was a senior on the Clemson men’s tennis team when Young was a freshman in 2004, and the two have been friends ever since. During his playing career, Young helped the Tigers to four straight NCAA Tournaments from 2004-07 and earned All-ACC honors twice. He played five years of professional tennis before becoming an assistant coach at Michigan State and South Carolina.

“We are thrilled to have Ryan back in Tigertown,” said Boetsch. “He is going to bring great energy, passion and fun to our program. He also brings a wealth of experience as a standout player, both at Clemson and on the pro circuit, and as an assistant coach in the Big Ten and SEC. We are fortunate to have one of the top assistants in the country joining our program.”

Boetsch also sees the addition of Young as a formidable recruiting advantage, as the two coaches can emphasize their playing experiences at Clemson when visiting with recruits.

“Our experience of playing for Clemson is one we can share with the current team and recruits,” stated Boetsch. “Both of us are excited to work hard on and off the court helping the guys develop and recruiting student-athletes who are best fit for our program. We have a solid group of guys who fight for each other and are ready to work hard to improve.

“We’re going to instill an environment where you come out and work hard on a daily basis. We will be disciplined, accountable and train with intensity. That will give us an edge in our matches.”

Spoken like a man who thoroughly enjoyed his time playing tennis for Clemson, Boetsch emphasized the need for his players to have fun, while also enjoying the process of improving every day on the court.

“It’s going to be a fun atmosphere. It is important that the guys enjoy coming to practice and enjoy being around each other. When you start seeing yourself develop week in and week out and have a close bond with your teammates, it is fun.”

Looking ahead to his first season at the helm, Boetsch’s main focus is daily development. He is thrilled with the staff and support around the program, and has belief in the team returning as well as the incoming student-athletes.

“Our goals are very process oriented. We want to develop good habits in practice. We want to train with great intensity, accountability to each other, discipline and ultimately enjoy it. When you enjoy what you do, the win and loss columns will take care of themselves. We want to make the NCAA Tournament and advance as far as possible, but all of that starts with practice and enjoying putting in the work.”

Boetsch shares a unique bond with both former Clemson men’s tennis head coaches, Chuck Kriese and Chuck McCuen, as he played at Clemson when Kriese was the head coach and McCuen was an assistant. When McCuen took over the head coaching duties in 2008, he quickly hired his former player, Boetsch, as an assistant coach.

Boetsch served as an assistant coach and recruiting coordinator for five seasons before assuming associate head coaching responsibilities in 2013. Then, Boetsch was named head coach of the program in June. Boetsch credits both Kriese and McCuen for having a critical impact on both his playing and coaching career.

“We are excited and ready to get this season started. Having had such a memorable experience as student-athletes at Clemson, it is important to us that our guys graduate feeling the same way and prepared for life’s next journey. We can’t wait to get the team back on the court.”