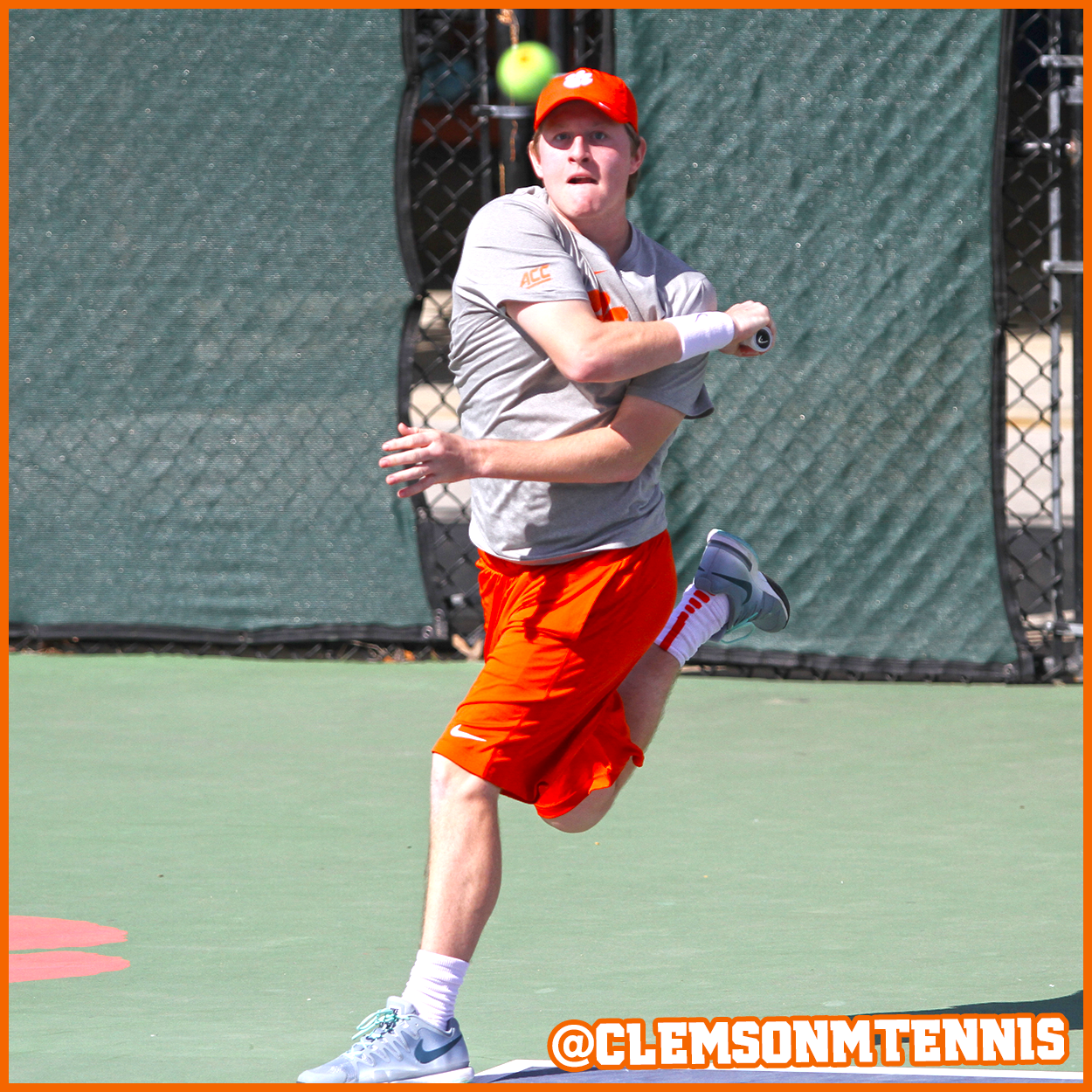 Luke Johnson, from Leeds, Great Britain, will begin his senior season of collegiate tennis action when the Clemson men’s tennis team opens the spring season on Saturday, Jan. 16 against Mercer in Charlotte, N.C. Luke Johnson, Clemson’s most experienced player on this years roster looks to lead the Tigers this season. Prior to Clemson, Johnson was ranked in the top-five in the United Kingdom for all males. In 2011, he was the British Colleges U19 Singles Champion, and was the runner-up at the same event in the spring on 2012.

ClemsonTigers.com caught up with Johnson earlier this week after practice.

Q. Being one of only two seniors on the team this year, how do you plan to be a leader for this team?

A. I want to lead by the way I conduct myself on and off the court. I want to help the new guys, leave a good legacy behind when I leave at the end of this season so this program can continue to grown in the right direction.

Q. What did you work on the most this off-season?

A. I worked on my physical shape and my mental aspect of the game. I spent a lot of time in the gym this summer working to get in the best shape possible. Mentally, I worked on getting all parts of my game to feel complete going into my last season here at Clemson.

Q. Why did you choose to play at Clemson?

A. I wanted to go somewhere that strives for excellence and aspires to win championships. I felt like the coaches, players and athletic department as a whole has that same mindset. That is why Clemson is the best.

Q. Why did you want to come play in the United States?

A. I want to play professionally after graduating from Clemson. I believe working on my game throughout college was the best path for me,  my dream is going to play on the tour.

Q. What is your favorite memory as a collegiate tennis player?

A. Clinching at Florida State my sophomore year. It was down to the last couple of matches, one of which I was playing in. I enjoy being able to do things for my team and getting a win against them was a highlight, they are always a very good team and a tough match.