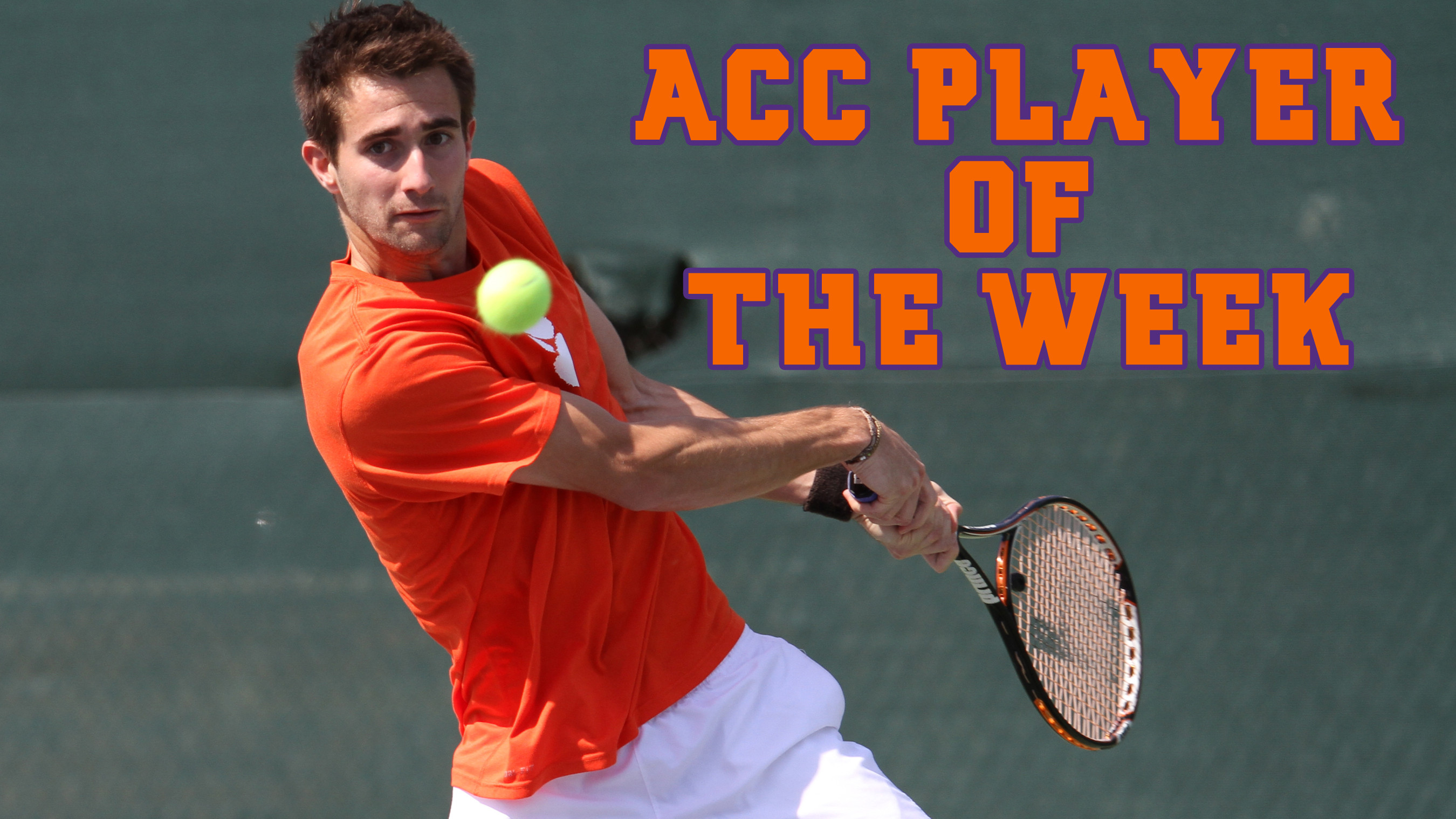 CLEMSON, S.C. – After going undefeated in singles and doubles play over the weekend and recording wins over two ranked singles players, Dominique Maden was named the ACC Men’s Tennis Player of the Week for the week of March 31-April 6. The senior from Stuttgart, Germany helped the Tigers to a 5-2 victory over #38 Virginia Tech Sunday and a near upset over #4 Virginia (Clemson fell 3-4) Friday at the Hoke Sloan Tennis Center.

Maden recorded a three-set comeback win over 40th-ranked Ryan Shane of Virginia on Friday followed by a straight-set victory over #120 Andreas Bjerrehus of Virginia Tech on Sunday. In doubles play, Maden and teammate Hunter Harrington clinched the doubles point for the Tigers with an 8-7(7-3) win over the Cavaliers’ top doubles team on Friday, and went on to defeat the Hokies’ 64th-ranked doubles duo 8-4 on Sunday.