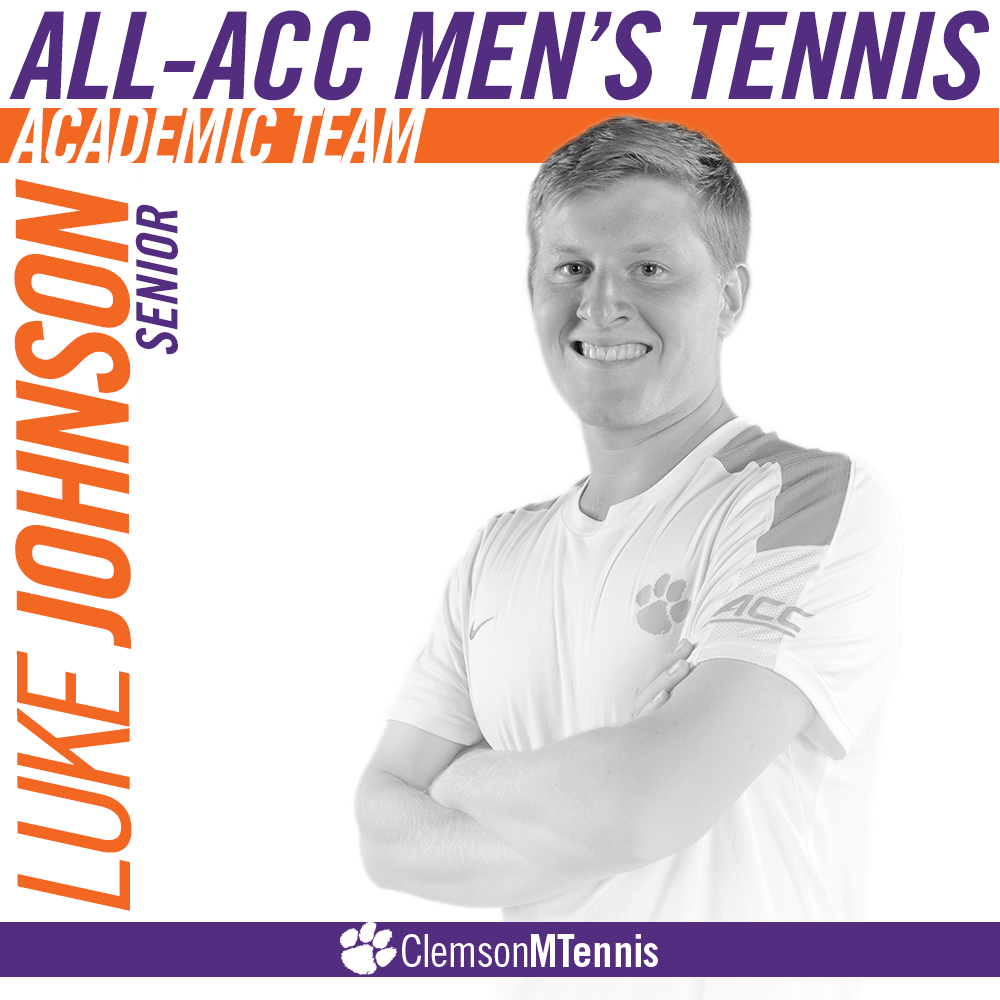 CLEMSON, S.C. – Senior captain Luke Johnson has been named to the 2015 All-ACC Academic Men’s Tennis Team, as announced by the conference Thursday morning. It is the first career all-conference academic accolade for Johnson.

Johnson, a native of Leeds, Great Britain, graduated from Clemson with a degree in parks, recreation and tourism management in May 2016. He tallied 64 career singles wins and 61 career doubles wins. His 23 doubles wins in 2013-14 ranked highest on the team, while recording 18 singles wins on the year, tied for second on the team.

To be eligible for consideration for the All-ACC Academic Team, a student-athlete must have earned a 3.00 grade point average for the previous semester and maintained a 3.00 cumulative average during his academic career.