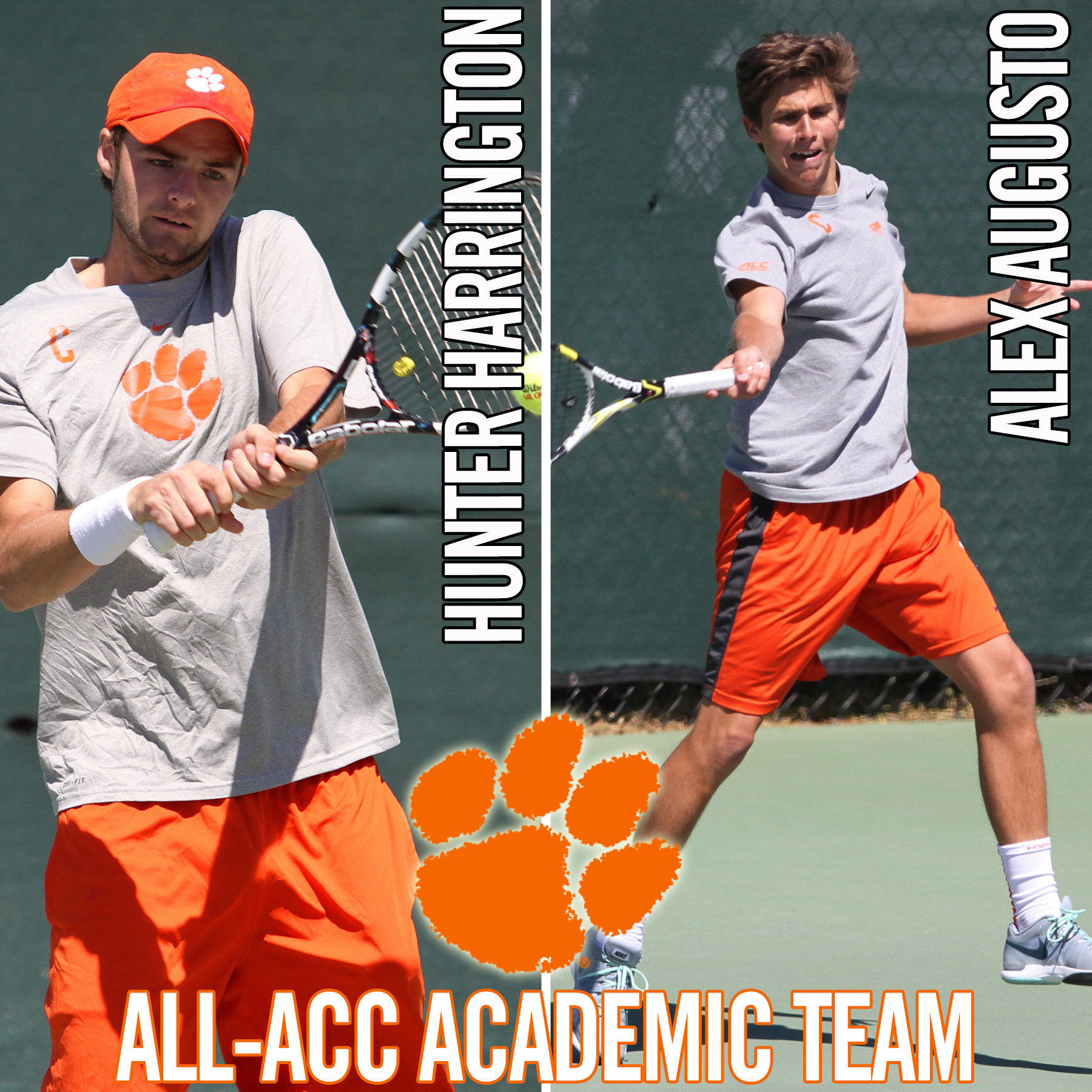 CLEMSON, S.C. – Senior co-captains Hunter Harrington and Alejandro Augusto were named to the 2015 All-ACC Academic Men’s Tennis Team, as announced by the conference Wednesday morning. It was the second career all-conference academic accolade for Harrington, and the first for Augusto.

Harrington, a native of Spartanburg, graduated from Clemson with a degree in management and financial management in May 2015. For his efforts in the classroom, Harrington was a recipient of the ACC’s prestigious Weaver-James-Corrigan Honorary Scholarship in 2015. He was also inducted into Clemson’s Academic Hall of Fame in 2015, and was a member of the ACC Academic Honor Roll all four years of his career. The 2014 All-American in Doubles was a three-time member of the All-ACC Team in 2013, 2014 and 2015. In 2014-15, he led the Tigers with 19 singles wins, playing primarily at No. 1 singles against the top competition in the nation.

Augusto will graduate from Clemson with a degree in economics in December 2015. In his two seasons at Clemson, the Madrid, Spain native tallied 33 career singles wins and 31 career doubles wins. His 17 singles wins in 2014-15 ranked in a tie for second on the team, while he led the Tigers with 20 individual doubles wins on the year. Augusto was named to the ACC Academic Honor Roll both years of his Clemson career.

To be eligible for consideration for the All-ACC Academic Team, a student-athlete must have earned a 3.00 grade point average for the previous semester and maintained a 3.00 cumulative average during his academic career.