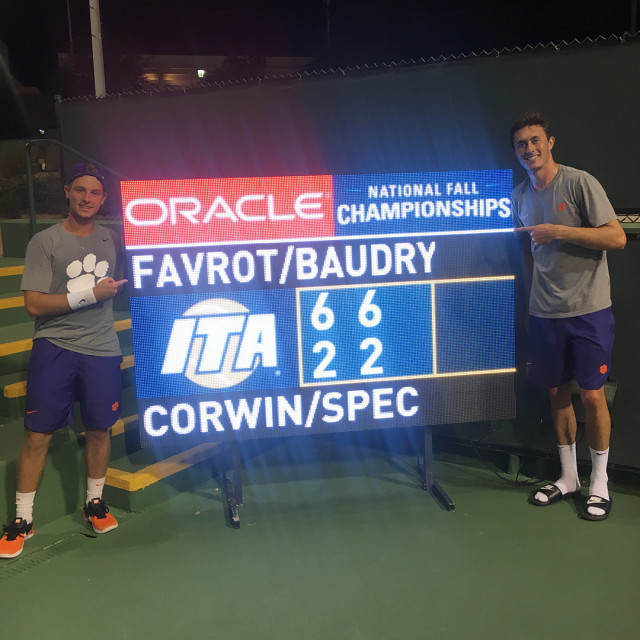 CLEMSON, S.C. – Sophomore Simon Baudry and senior Alex Favrot opened play at the 2017 Oracle ITA National Fall Championships in Indian Wells, Calif. on Wednesday evening with a straight-set win in the first round of doubles play. The natives of France defeated Felix Corwin and Matic Spec of Minnesota, 6-2, 6-2, in the Round of 32 of the prestigious tournament.

With the win, the duo now faces Chris Kougoucheff and Parker Wynn of Louisville in the second round of the doubles draw on Thursday at 5:15 PST. The Louisville duo is the 29th-ranked duo according to the ITA, and is the No. 4 seed in the draw.