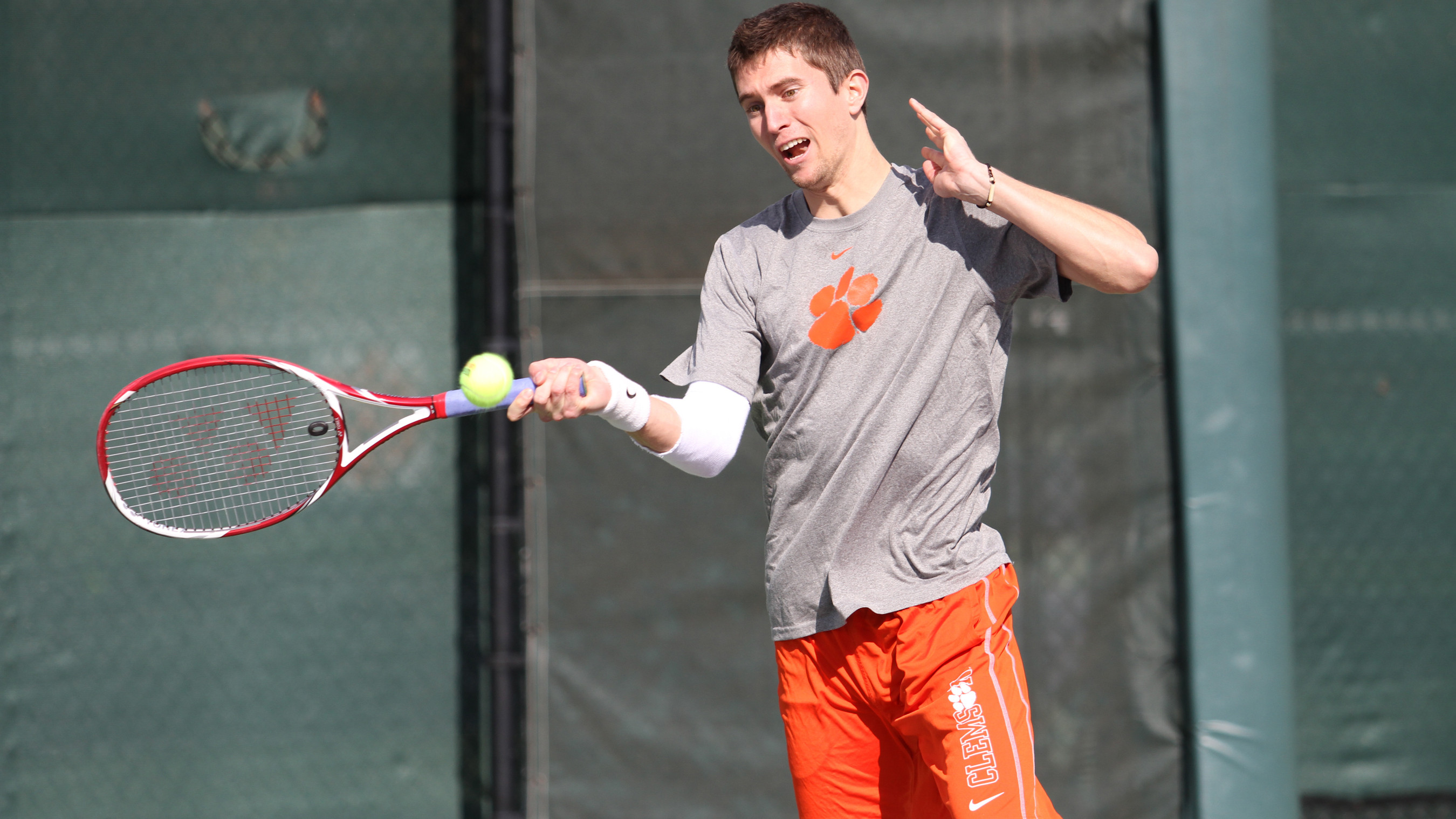 CLEMSON, SC – The Clemson men’s tennis team will play host to N.C. State in a Atlantic Coast Conference match Friday afternoon at 2:30 p.m. at the Hoke Sloan Tennis Center on the Tigers’ campus.The Clemson men’s tennis team is ranked 15th nationally according to the latest Intercollegiate Tennis Association (ITA) poll.   N.C. State is ranked 45th in this week’s ITA poll.  The Wolfpack will bring a 7-6 record overall and a 1-1 ACC mark into the match.Clemson is coming off of two Atlantic Coast Conference road wins last week.  The Tigers defeated Miami 4-3 on Friday and defeated Florida State 4-3 on Sunday.  Clemson now has a 13-2 record overall, and a 2-0 mark in the ACC.  The Tigers have won eight of their last nine matches.The number 15-ranking is the highest the Tigers have been ranked since the 2006 squad was ranked 14th on March 28, 2006.Yannick Maden who has played number-one singles and doubles for the Tigers is ranked 41st, and the doubles team of Yannick and his brother Dominique are ranked 11th.This will be the 64th meeting between Clemson and N.C. State on the tennis courts.  The Tigers lead the overall series 51-12.  In matches played at Clemson the Tigers lead the series 25-3.  The series began in 1940.