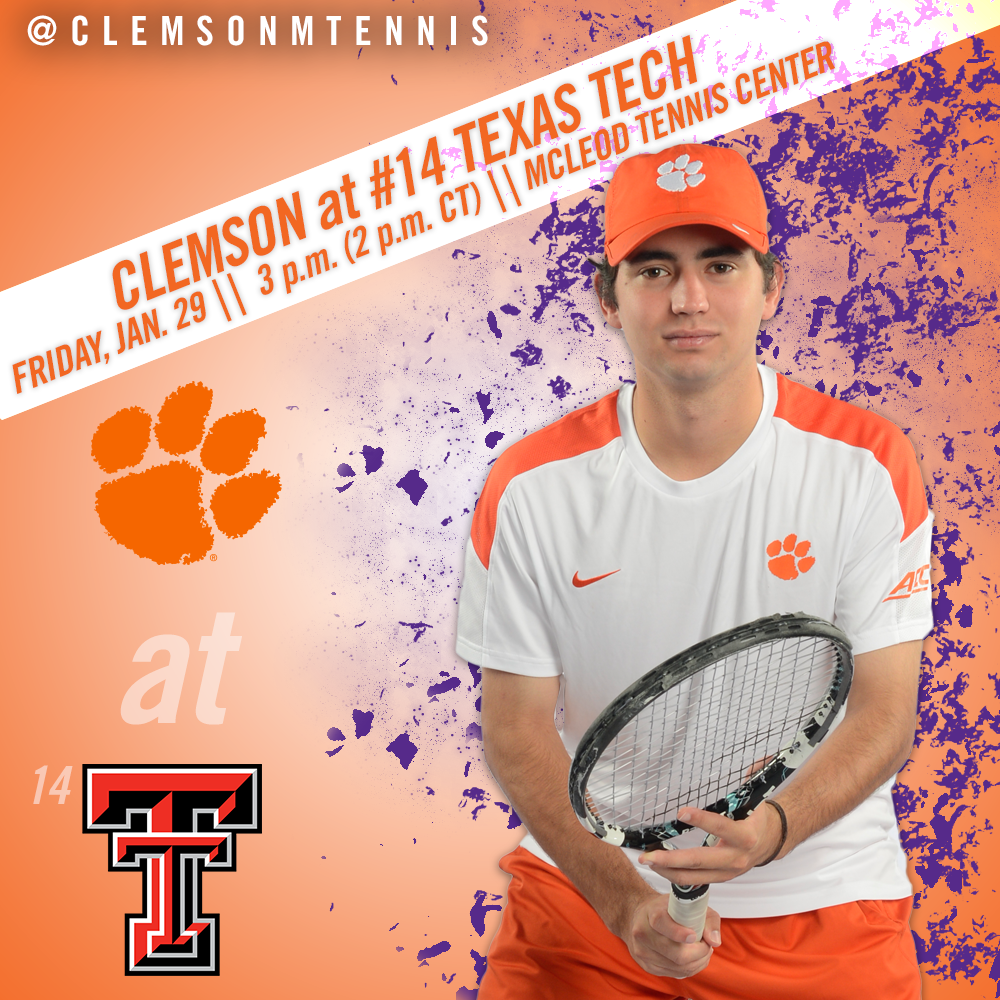 CLEMSON, S.C. – The Clemson men’s tennis team travels to Lubbock, Texas this Friday to take on #15 Texas Tech. The Tigers and Red Raiders will play at 3 p.m. (2 p.m. CT) on Friday, Jan. 29 at the McLeod Tennis Center. Live stats will be available at www.TexasTech.StatBroadcast.comPeriodic updates will also be available on Twitter, @ClemsonMTennis.

Clemson is coming off losses to Dartmouth and Penn State on the road in Hanover, N.H. last weekend. Following Friday’s match in Lubbock, the Tigers have a streak of 12-straight home matches beginning with a Sunday, Jan. 31 contest at 10 a.m. against College of Charleston.

Last season, the Tigers defeated the Red Raiders in dramatic fashion at the Blue Gray Classic in Birmingham, Ala. Texas Tech took a 3-0 lead before the Tigers rumbled back, winning three singles matches followed by the doubles point, to take a 4-3 victory. Luke Johnson and Daffra Sanon both recorded singles wins in the comeback bid against the Red Raiders.

Scouting Texas Tech: The Red Raiders are 8-0 on the season, including wins over #17 Ole Miss and #21 Florida last weekend to advance to the ITA Indoor Nationals. The Red Raiders currently have the eighth-ranked singles player in the country, Felipe Soares. Texas Tech also has the number-two ranked doubles team, with Hugo Dojos and Soares. Clemson and Texas Tech will be meeting for the fifth time in history on Friday, with the series tied at 2-2.