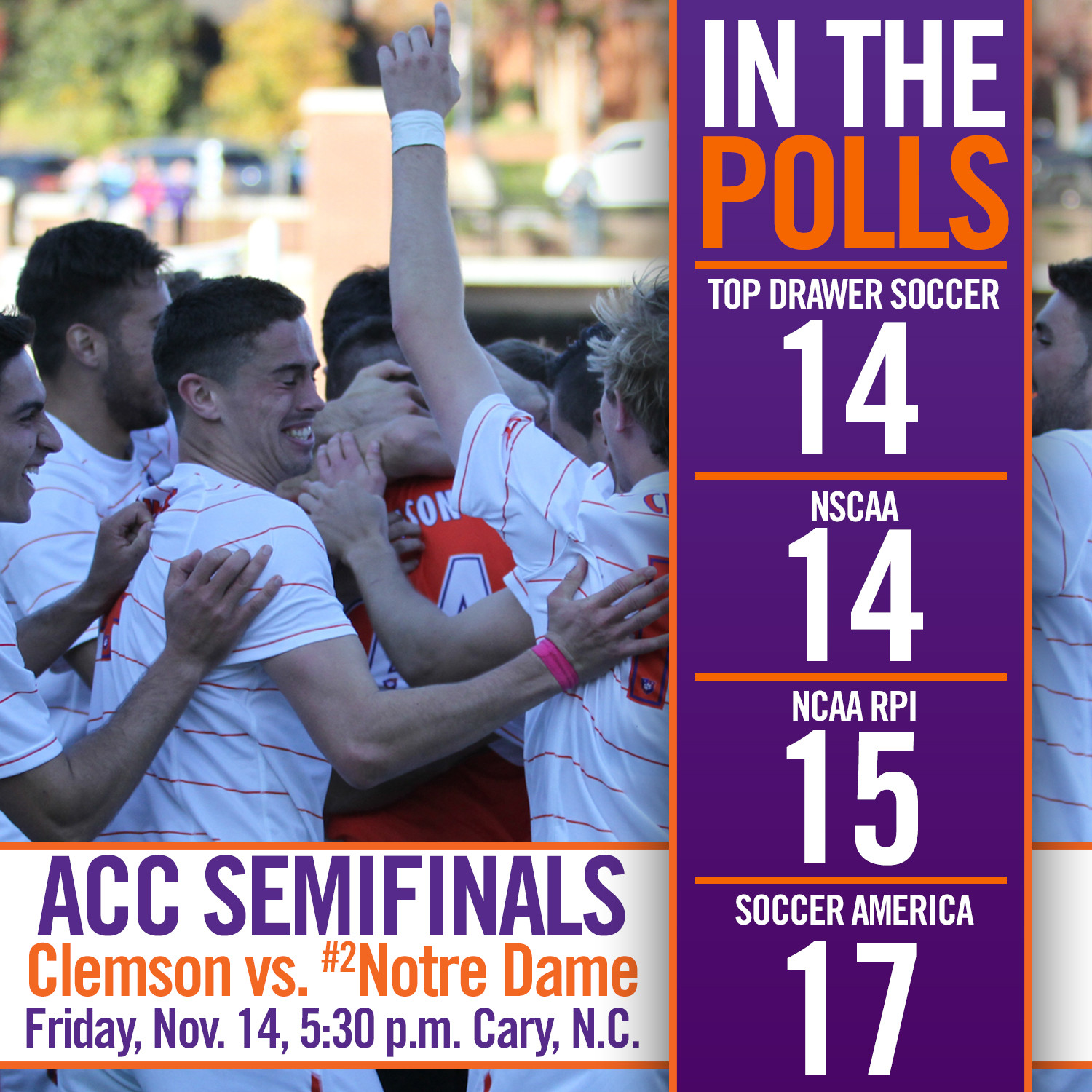 CLEMSON, S.C. – The Clemson men’s soccer team is ranked in all three major national polls. The Tigers advanced to the semifinals of the ACC Tournament on Sunday after edging Wake Forest 3-2 in penalty kicks.

Clemson is ranked 15th in the latest RPI poll, released the the NCAA on Monday. Only three other ACC teams are ranked ahead of the Tigers in the poll. The Tigers are also ranked in all three major national polls. The National Soccer Coaches Association of America (NSCAA) and TopDrawerSoccer.com tab Clemson 14th nationally, while Soccer America ranks Clemson 17th in their final regular season poll, released last week.

Senior captain Phanuel Kavita was named to this week’s TopDrawerSoccer.com National Team of the Week, the latest in a long string of honors for the defender. Kavita is one of only two ACC players on this week’s team.

The Tigers travel to Cary, N.C. this Friday for a semifinal match against No. 1 seed and XX ranked Notre Dame. The match will kickoff at 5:30 p.m. and will be broadcast live on ESPN3. Visit ClemsonTigers.com for more details.