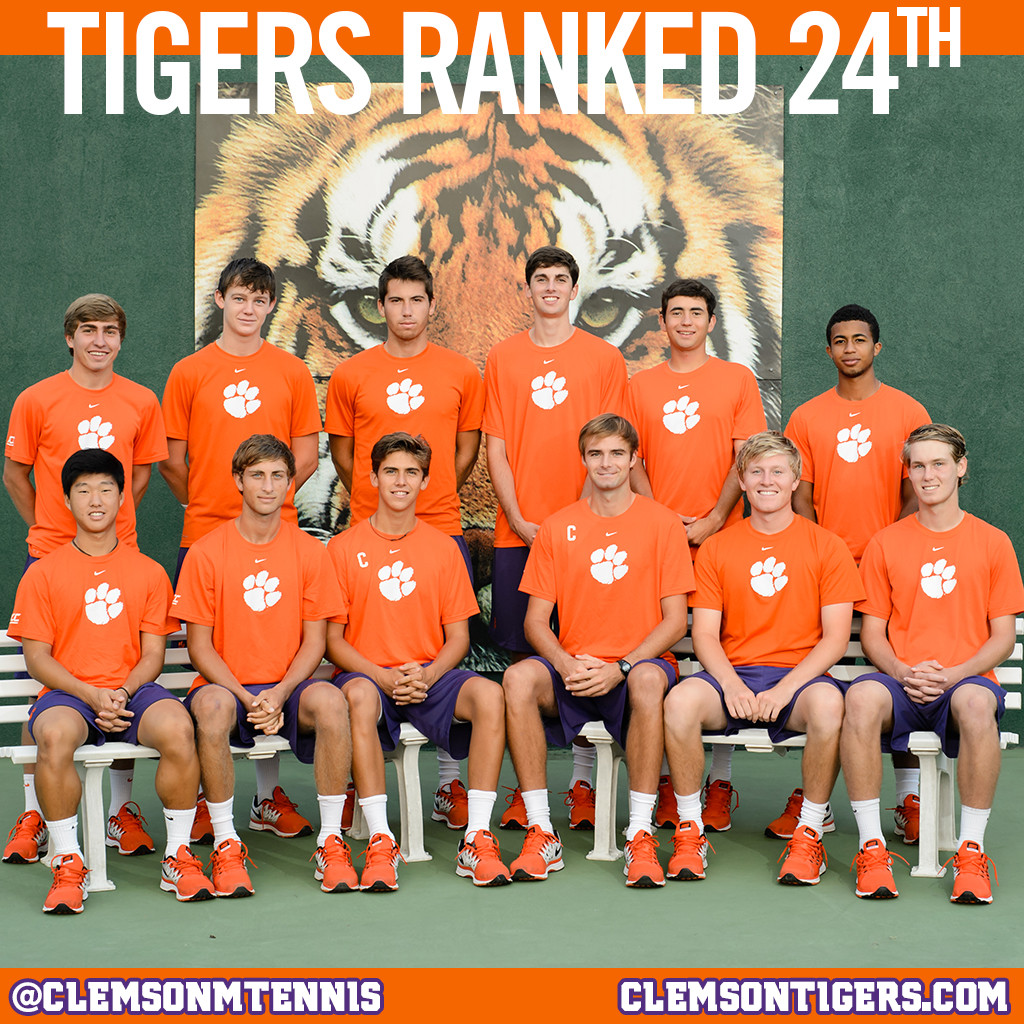 CLEMSON, S.C. – The Clemson men’s tennis team is ranked 24th nationally according to the Intercollegiate Tennis Association poll released on Tuesday afternoon. In 2014, the Tigers were 21-9 and advanced to the second round of the NCAA Championships, recording the program’s first 20-win season since 2007.

Senior Hunter Harrington is ranked 69th in singles according to the ITA. The Spartanburg native was 24-13 overall and 17-9 in dual matches, played primarily at flight one, in 2013-14. He won the USTA Clay Court Invitational at Disney in Orlando, Fla. during the fall season. Harrington is ranked seventh in the Carolina Region singles rankings.

Harrington and fellow senior Alejandro Augusto are ranked 60th in the ITA doubles poll, and are second in the Carolina Region rankings. Harrington earned All-America honors in doubles in 2014 with teammate Dominique Maden, and the pair advanced to the NCAA Doubles Semifinals and finished the year with a 31-4 overall record and a 23-1 mark in dual matches. Augusto is from Madrid, Spain and is in his second season with the Tigers after transferring from Tennessee Tech.

The Tigers open the spring season in 11 days, on Saturday, Jan. 17, with a double header against Winthrop and Davidson in Davidson, N.C.

Clemson is one of 16 schools nationally to boast top-25 teams on both the men’s and women’s side, as the Tigers’ women’s squad is ranked 13th in the preseason poll.