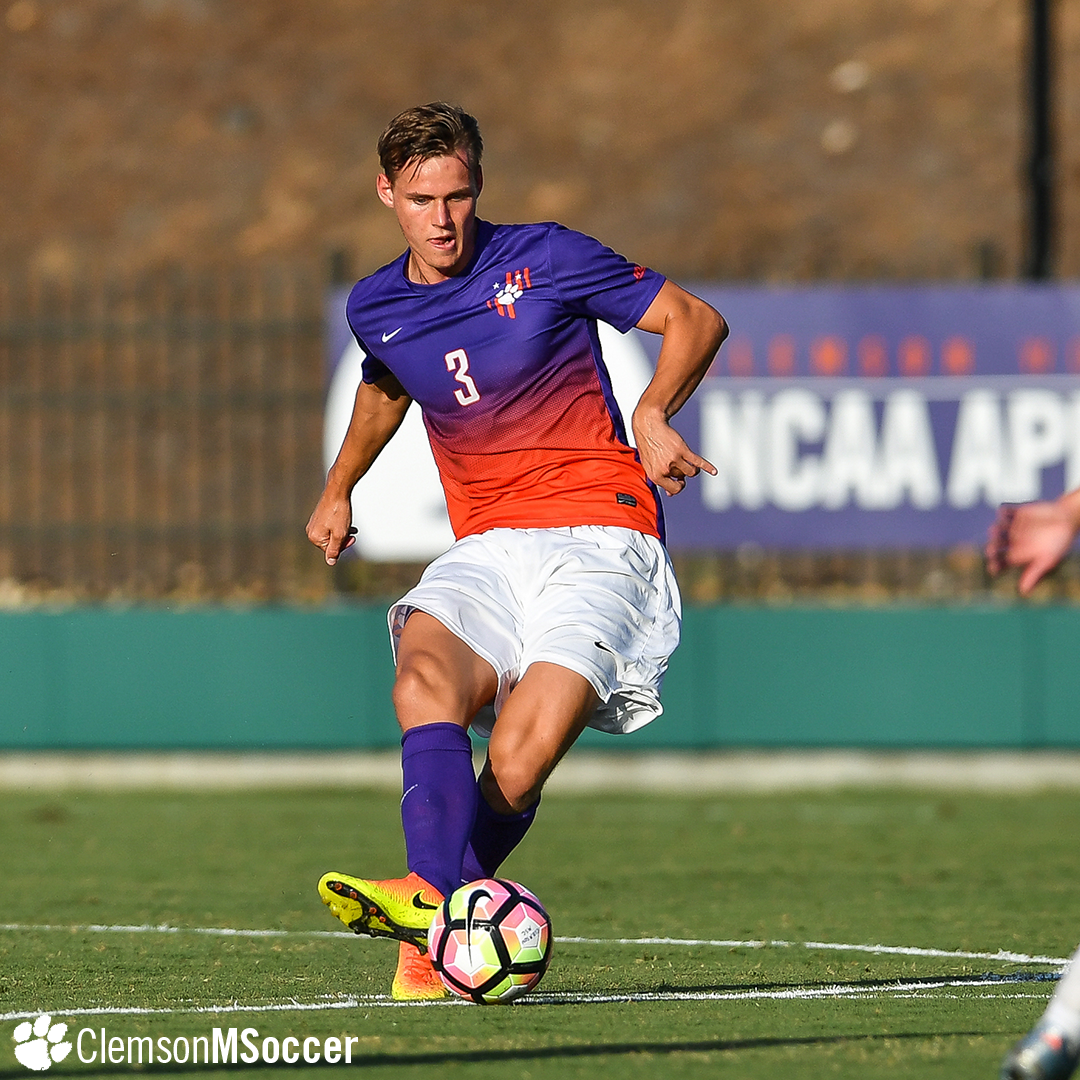 CONWAY, S.C. – The fifth-ranked Clemson men’s soccer team played to a scoreless draw with Coastal Carolina at CCU Stadium on Tuesday night. The Tigers move to 7-1-2 on the season with three straight shutouts for the Clemson defense.

The first scoring opportunity came in the 10th-minute with quality build up play by Clemson that found junior Oliver Shannon free in the box, but the Coastal Carolina goalkeeper saved his shot. The Tigers would control the pace of the game, and in the 25th-minute Clemson was awarded a penalty kick after a handball in the box, but Linares-Ortiz saved senior Thales Moreno’s attempt. With the lack of chances in the first half, the two sides would head into the break tied at zero.

In the opening seconds of the second half, Coastal Carolina came out quickly firing a dangerous shot that missed just high for the opening goal. The Chanticleers would continue with high pressure allowing them to create some scoring chances in the 60th-minute but were unable to open the scoring. Coastal Carolina would control most of the second half, but that was not enough to find the opening goal and the match would head to overtime.

Through two overtime periods, neither team was able to capitalize on their chances and the match would result in a 0-0 draw.

“Tonight was a missed opportunity for our team. We are disappointed with our performance but not with the effort, ” Said Head Coach Mike Noonan. “Credit Coastal for making it difficult. I thought we were resilient to get another road result and our third consecutive shutout. Those are both positive takeaways from tonight.”

In the match, Clemson took nine shots with six corners. Sophomore goalkeeper Ximo Miralles came up with five saves and moves to 5-1-2 on the season

The Clemson men’s soccer team returns to Historic Riggs Field and ACC action on Saturday, Oct. 8 at 7 p.m. against the NC State Wolfpack.