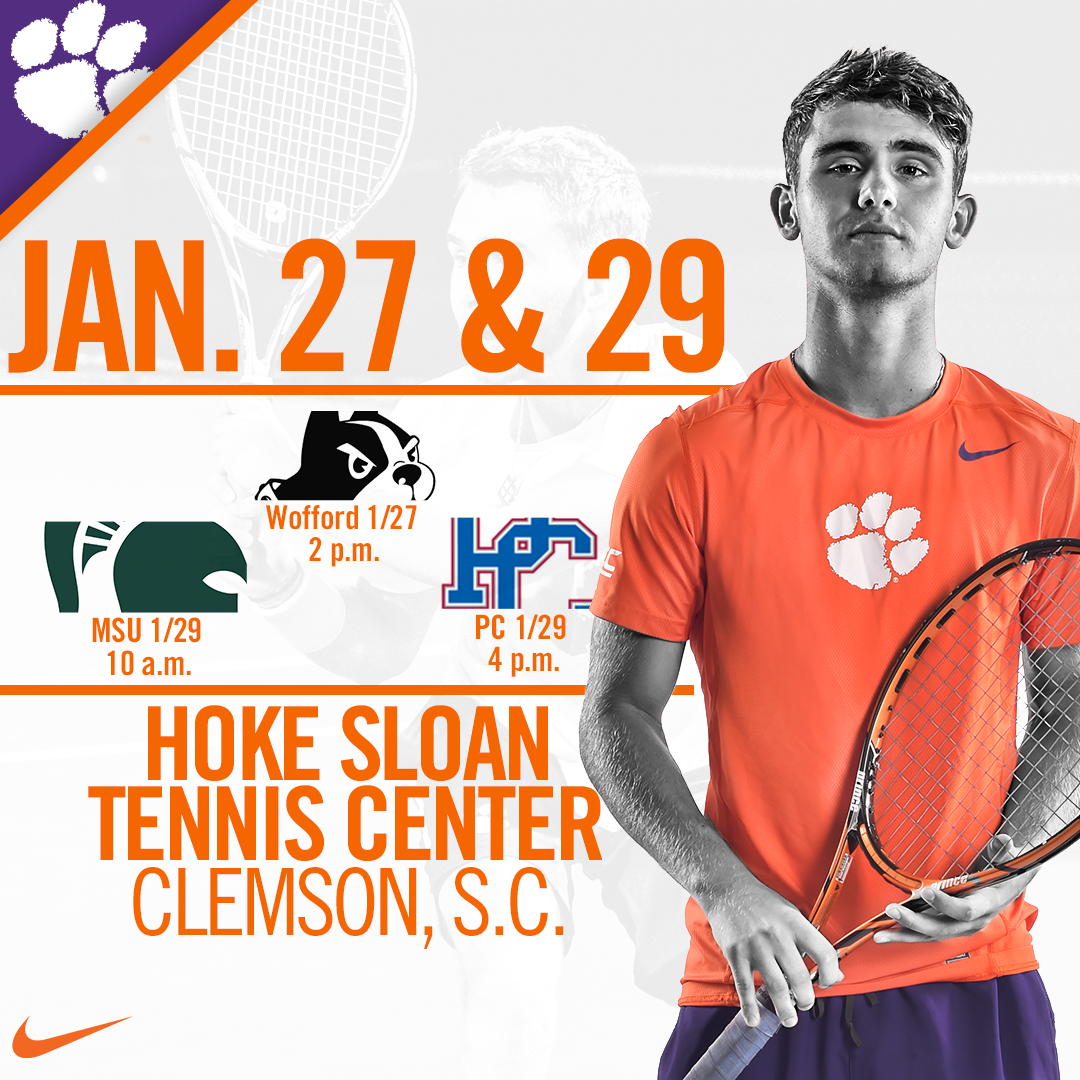 CLEMSON, S.C. –  The Clemson men’s tennis team looks to continue its strong start under first-year Head Coach John Boetsch on Friday against Wofford and then on Sunday against Michigan State and Presbyterian. The Tigers are off to their best start since 2014 after defeating Winthrop and Davidson this past weekend. In 2014 Clemson advanced to the NCAA Tournament second round before falling to Kentucky, and the Tigers aim to reach the tournament for the first time in three years in 2017.

Doubles play has proven to be a strong point for this year’s squad going 9-1 so far in dual matches. Senior Robert Dudley and freshman Carlos Kelaidis have clicked together quickly going 4-0 overall as a duo in 2017. In singles play, Alex Favrot, Brent Lett, and Kelaidis all remain unbeaten in dual matches combining for an 8-0 record in four matches.

You can follow the match via live stats at https://clemsontigers.com/fls/28500/tennisstats/xlive.htm. Periodic updates will also be available on Twitter, @ClemsonMTennis.