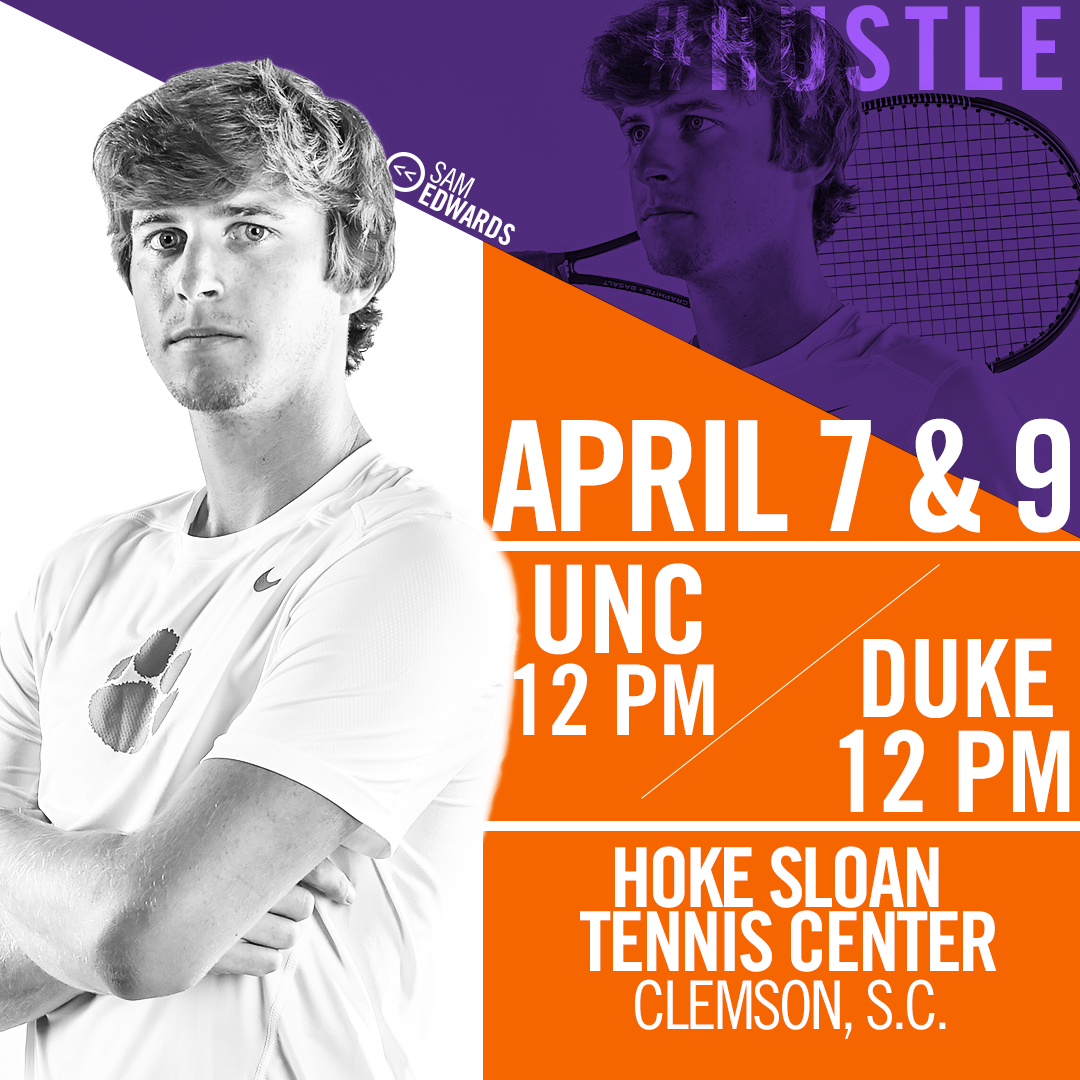 Clemson Hosts No. 11 North Carolina and No. 43 Duke

CLEMSON, S.C. –  The Clemson men’s tennis team hosts No. 11 North Carolina and No. 43 Duke this weekend. The Tar Heels and Tigers face off on Friday, April 7 at 12 p.m. After a day’s rest, Clemson looks to take on Duke on Sunday, April 9 at noon at the Hoke Sloan Tennis Center. This weekend marks the ninth and tenth nationally ranked opponents that Clemson has faced in 2017.

Clemson looks to defeat Duke on Sunday for the second straight year. Last year’s victory over the Blue Devils was the first for the Tigers in almost 15 years. The Tigers have their hands full on Friday when North Carolina comes. The Tar Heels have won seven of their last eight matches. After defeating the No. 1 doubles team in the nation from Wake Forest last weekend Daffra Sanon and Sam Edwards have jumped into the top 100 of the ITA doubles rankings.