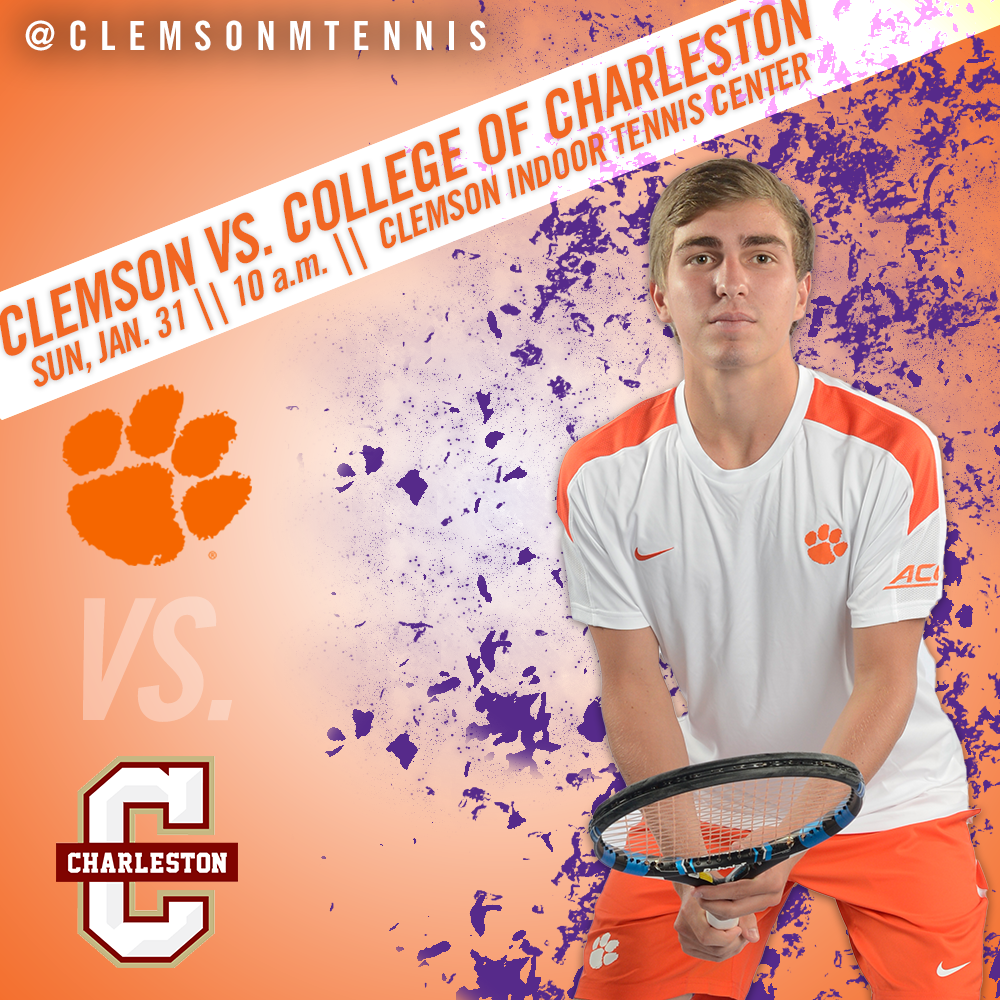 CLEMSON, S.C. – The Clemson men’s tennis team is set to host its first home match of the 2016 season when the Tigers face College of Charleston at 10 a.m. on Sunday, Jan. 31. Live stats will be available on ClemsonTigers.com, and updates will also be provided via Twitter, @ClemsonMTennis.

Clemson is coming off its fourth straight loss on the season, losing to #14 Texas Tech 6-1 on Friday night in Lubbock. The Tigers will be at home for their next twelve matches, hoping to regroup heading into ACC play. Junior Brent Lett defeated his opponent from Texas Tech in three sets on court six, recording the lone point for the Tigers against the nationally-ranked Red Raiders on Friday.