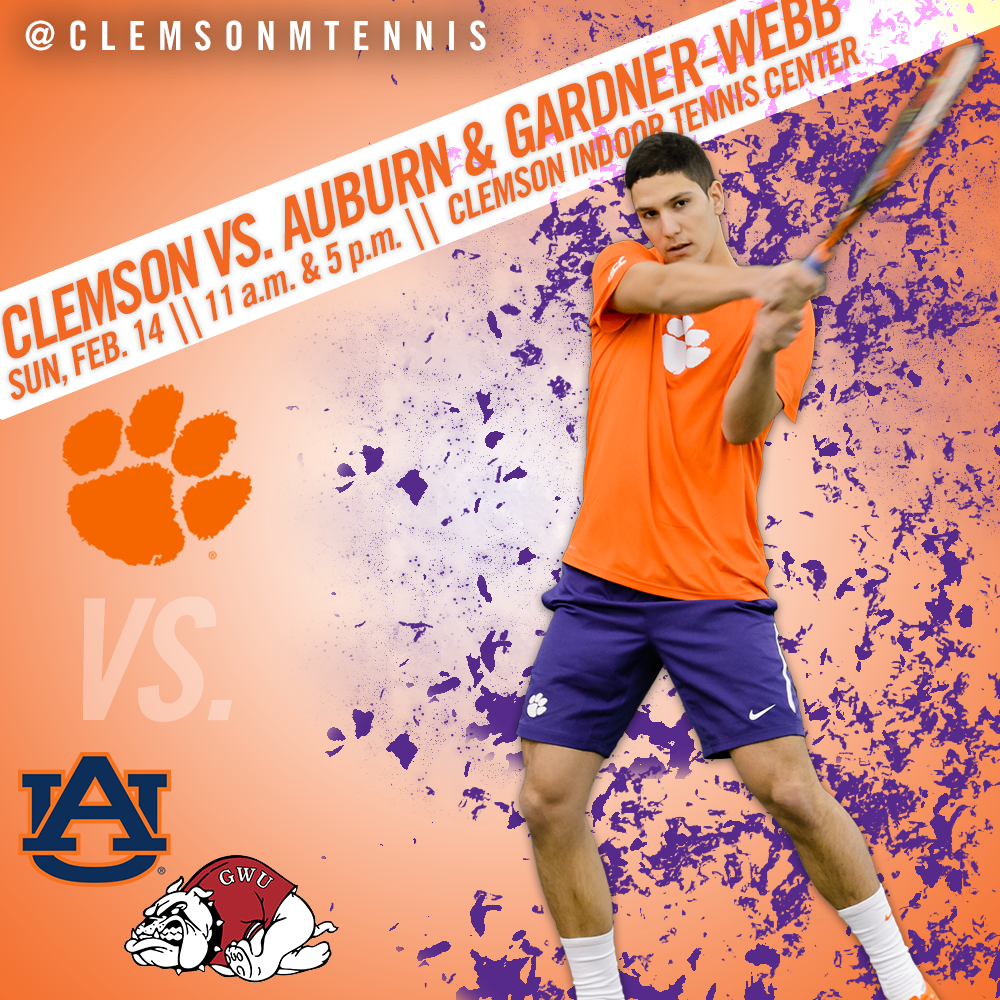 CLEMSON, S.C. – The Clemson men’s tennis team is at home for Valentine’s Day when they welcome Auburn and Gardner-Webb. The Tigers face Auburn at 11 a.m. on Sunday, followed by Gardner-Webb at 5 p.m. at the Clemson Indoor Tennis Center. Live stats will be available at https://clemsontigers.com/fls/28500/tennisstats/xlive.htm. Periodic score updates will be provided via Twitter, @ClemsonMTennis.

Clemson is coming off a doubleheader sweep against Wofford College last Sunday. The Tigers have won three matches in a row. The first match of the day was played at the Clemson Indoor Tennis Center, the Tigers defeated the Terriers 4-3. For the second match play was taken to the outdoor courts where Clemson was victorious, 6-1. Senior Luke Johnson won all his matches on the day going 4-0, he competed at number one doubles and number three singles.

Scouting Auburn: Auburn men’s tennis team is 4-2 on the season, ranked 56th in the country, lead by senior Marko Krickovic who is ranked 84th in the country. Krickovic is also ranked in doubles play along side sophomore Edward Nguyen, ranked 60th. Clemson and Auburn will be meeting for the 8th time in history on Sunday, Auburn leads the series 4 to 3.

Promotions: In honor of Valentine’s Day, free donuts and coffee will be available to fans at the beginning of the Auburn match.