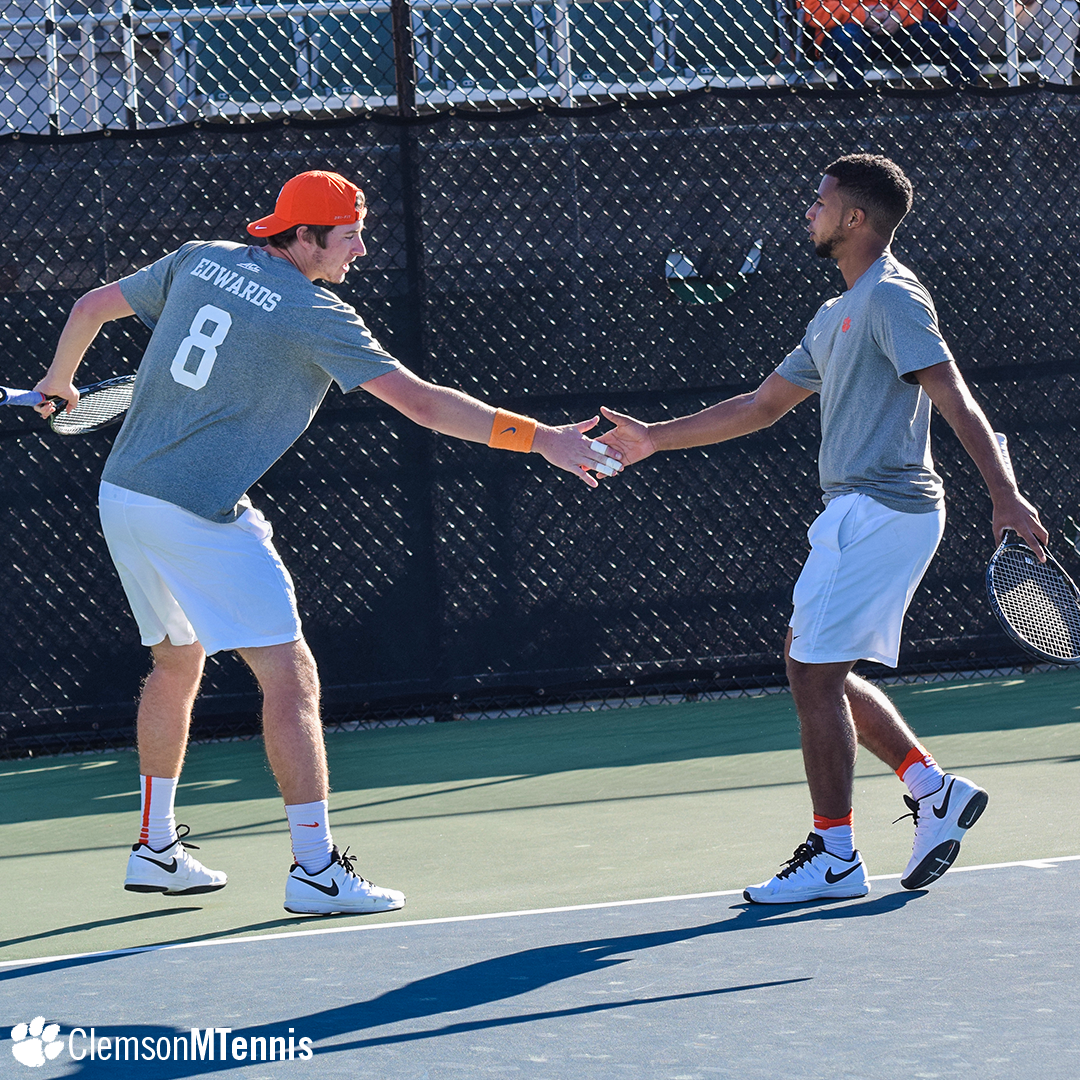 Clemson Falls to No. 11 North Carolina Despite Top 10 Doubles Upset by Sanon and Edwards

For the second time this season, senior Daffra Sanon and Sam Edwards took down a top 10 nationally ranked doubles team. First, it was the No. 1 team in the nation, and today it was the No. 9 team, 6-3. Their win on court one forced a deciding match on court two, but the Tigers came up just short against the ITA National Team Indoor Championship runner-ups.

The Tar Heels extended their lead to 3-0 with straight set wins on courts one and three. North Carolina went on to clinch the match on court four, but the remaining matches would be played out. Sanon played a close match with No. 34 Blumberg on court two splitting the first two sets before falling in a ten-point tiebreaker giving the Tar Heels a 5-0 advantage. North Carolina completed the sweep with a pair of wins on five and six.

Clemson returns to the courts this Sunday, April 9 at 12 pm. against Duke. The match is set to be played at The Hoke Sloan Tennis Center.