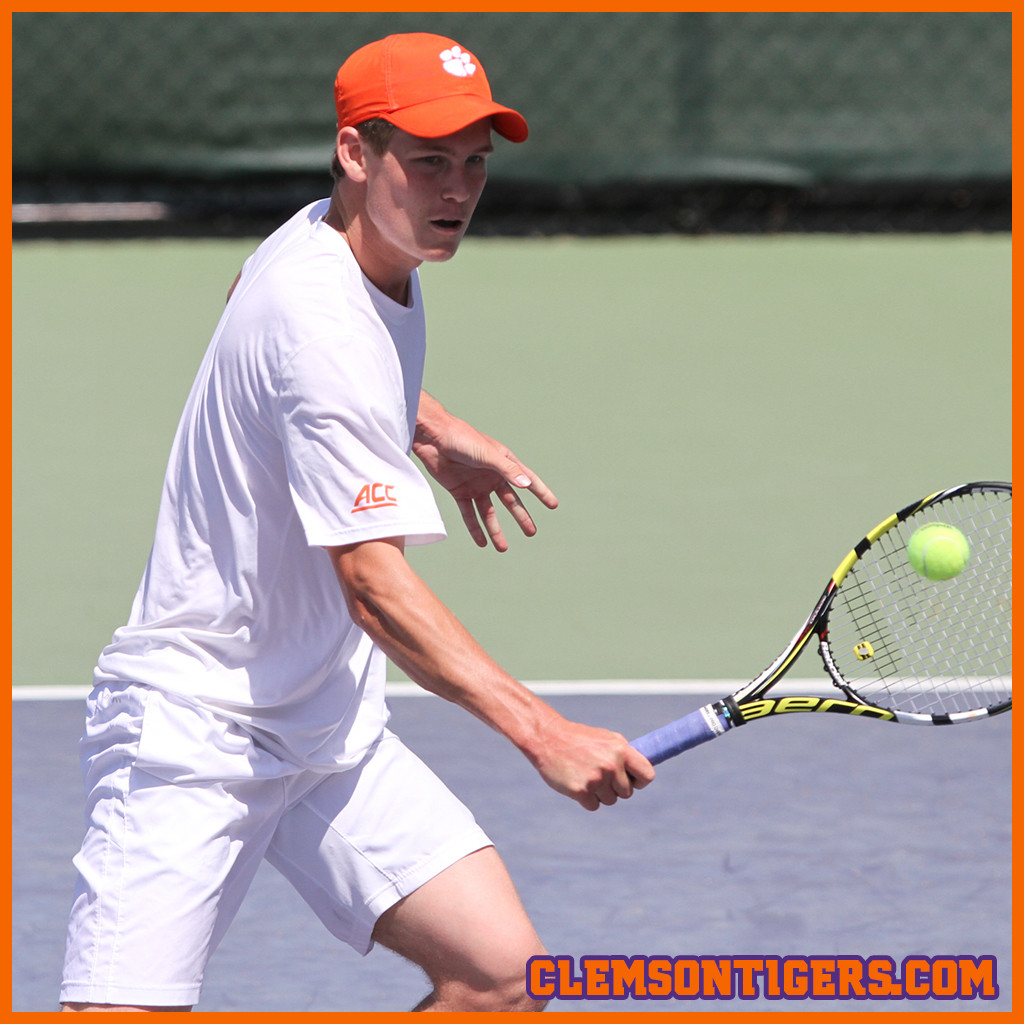 CLEMSON, S.C. – The Clemson men’s tennis team faced one of the top teams in the country on Sunday, and could not overcome the 12th-ranked Demon Deacons of Wake Forest, falling 6-1. The Tigers, who dropped to 10-13 (1-8 ACC), have now played opponents ranked 27th or better in the nation in six of their last eight matches. Wake Forest improved to 15-6 (5-3 ACC) with the win.

“Give sincere credit to a really good team in Wake Forest,” said Head Coach Chuck McCuen. “They are a team that does a lot of the right things, from a coach’s perspective, as well as from observations of key members of our team. This Wake Forest team never gave up on any ball. They did a good job of sensing momentum, and brought a lot of energy at key times in the match. They also stayed selfish and focused on their own play, having confidence in their teammates to take care of their own courts. They never let disappointment, an overrule or a break of serve, detract from their focus.

“Great teams do those things,” McCuen added. “You are always going to have adversity, so it’s how you deal with it that matters. At the end of the day, this game, and life in general, is 10% about what happens to you, and 90% about how you react to it.”

Wake Forest won the doubles point, with wins at No. 1 and No. 2. Seniors Alejandro Augusto and Hunter Harrington faced their fifth ranked doubles opponent in the last seven contests, falling 8-3 to 10th-ranked Skander Mansouri and Christian Seraphim. Junior Luke Johnson and sophomore Robert Dudley dropped their match at No. 2 doubles, also by a score of 8-3.

In singles play, Hampton Drake claimed the Tigers’ lone point of the match, winning in straight sets, 6-2, 6-2, over Wake Forest’s Keivon Tabrizi at No. 6. The win was the second in a row for the freshman from Hilton Head, as he defeated his NC State opponent in three sets on Friday. Harrington lost a 5-7, 2-6 decision to Noah Rubin at No. 2 singles. Rubin, who is ranked 27th nationally, has lost just three times this season, and one of his 12 wins was against the top-ranked singles player in the nation, Sebastian Stiefelmeyer of Louisville. It was a much more competitive match than the first time the two players met this season, on Jan. 24 at the ITA Kickoff event in Durham, N.C., a 1-6, 2-6 win for Rubin.

Augusto, who was playing his fourth-straight match against a ranked singles player, fell to eighth-ranked Romain Bogaerts, 3-6, 3-6, at No. 1. It was also an improvement compared to his Jan. 24 match against Bogaerts, a 2-6, 2-6 loss. Johnson, who has been on a hot streak of late, lost for just the second time in his last nine singles matches, but not without a fight. After dropping the first set at No. 3, Johnson fought back to win the second set over Mansouri, before losing in a super tiebreak.

The Tigers hit the road for their final regular season road trip next weekend, traveling to Notre Dame and Boston College. Clemson faces the Irish in South Bend on Friday, April 10 before heading to Boston to take on the Eagles on Sunday, April 12.