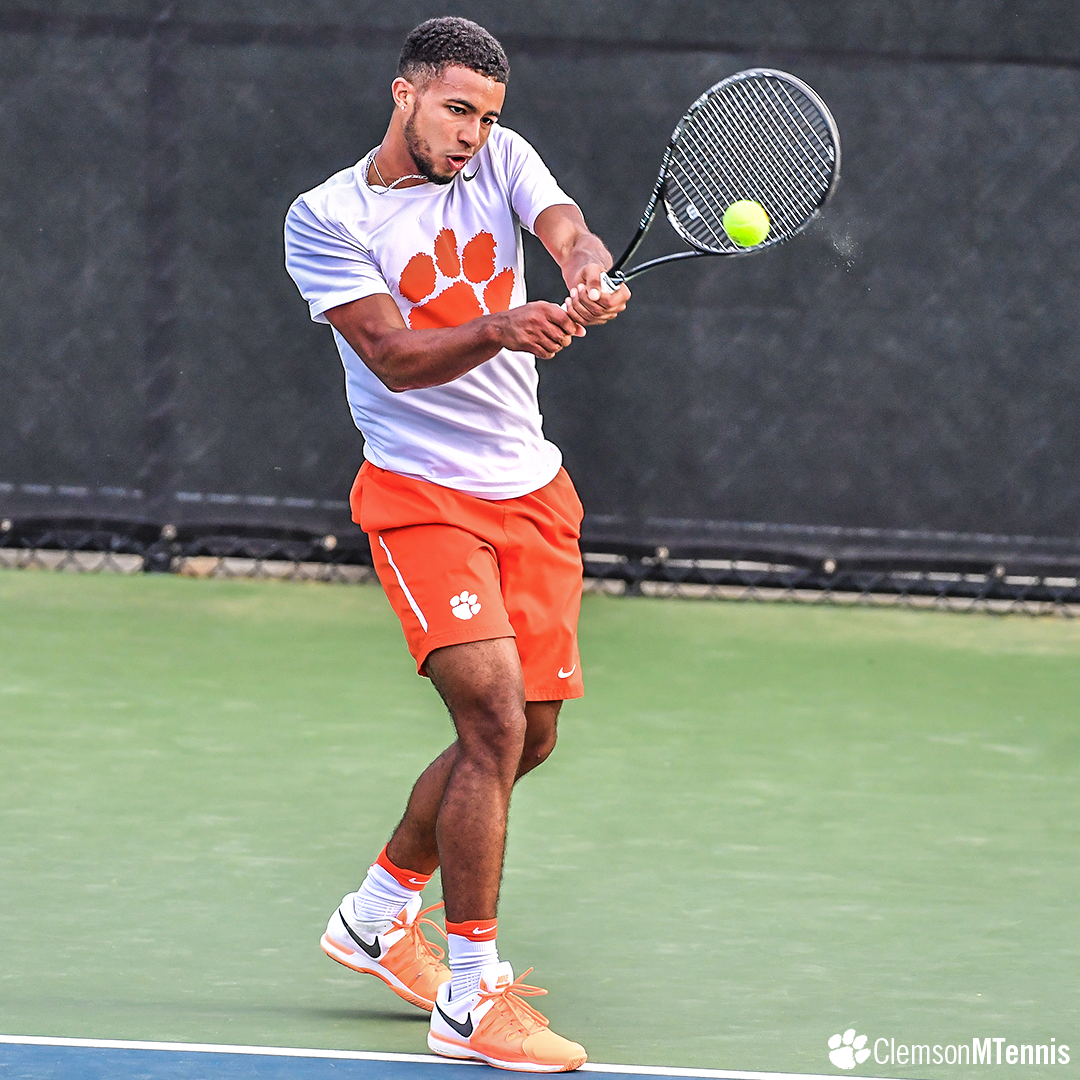 Junior Alex Favrot and senior Robert Dudley cruised to a 6-1 victory on court three to open doubles play. With close matches on courts one and two, the Irish won on court two forcing the deciding match to court one. Notre Dame would fight past Daffra Sanon and Sam Edwards on court one to clinch the doubles point and take the 1-0 lead into the singles matches.

Early in singles play the Fighting Irish took a 2-0 lead with a straight set victory on court two. Notre Dame widened its advantage to 3-0 after straight set wins on court one. The sweep was completed on court six with a third straight set victory. Also on court six Reed Rabideau made his debut after walking on to the team earlier this year and he showed great fight and passion for the Tigers. After a straight set win on court three, and a three-set battle on court four where Edwards fell in a 10-point break, 6-3, 6-7, 1-0 (9) the Fighting Irish owned a 6-0 lead. Sanon picked up the Tigers lone point from court two with two tiebreak wins, 7-6 (5), 7-6 (5).

Clemson returns to the courts on Sunday, April 21 at Boston College to finish the regular season before the start of the ACC Tournament on Wednesday, April 26 in Rome, Ga.