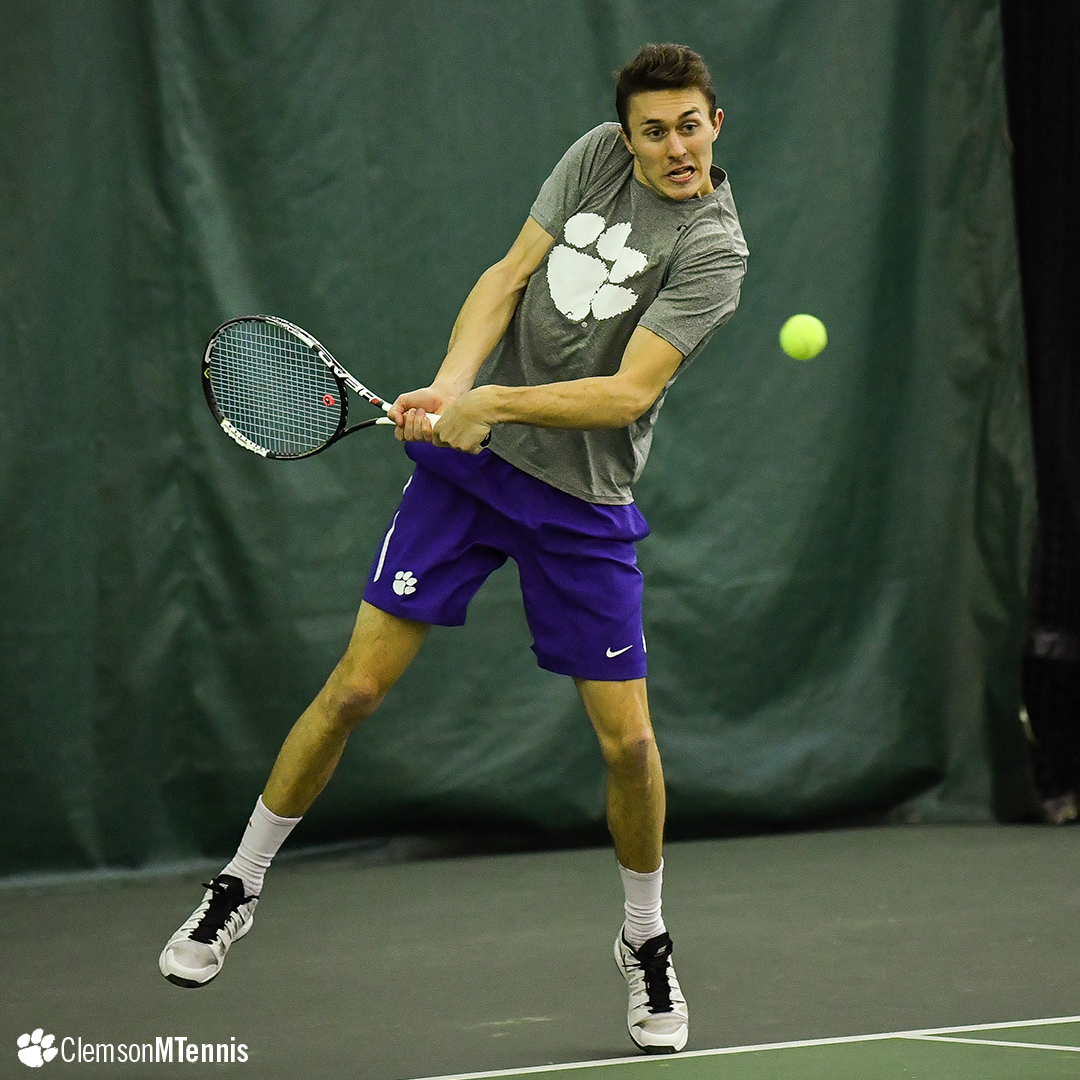 Clemson Falls at No. 24 Cornell

ITHACA, N.Y. – The Clemson men’s tennis team fell to No. 24 Cornell on Friday afternoon, 4-1. The Tigers fall to 8-3 overall following the loss while the Big Red improve to 9-1 overall.

In doubles play the Big Red of Cornell controlled the doubles point with wins on courts one and two. Vrabel and Casares of Cornell were the first off with a 6-4 victory at No. 2 over Sam Edwards and Daffra Sanon. Robert Dudley and Arturo Pinazo then fell at No. 1, 6-2 allowing Cornell to clinch the doubles point and take the 1-0 advantage into singles.

Clemson returns to the courts tomorrow, Feb. 25 at 3 p.m. against Wisconsin in Ithaca, N.Y.