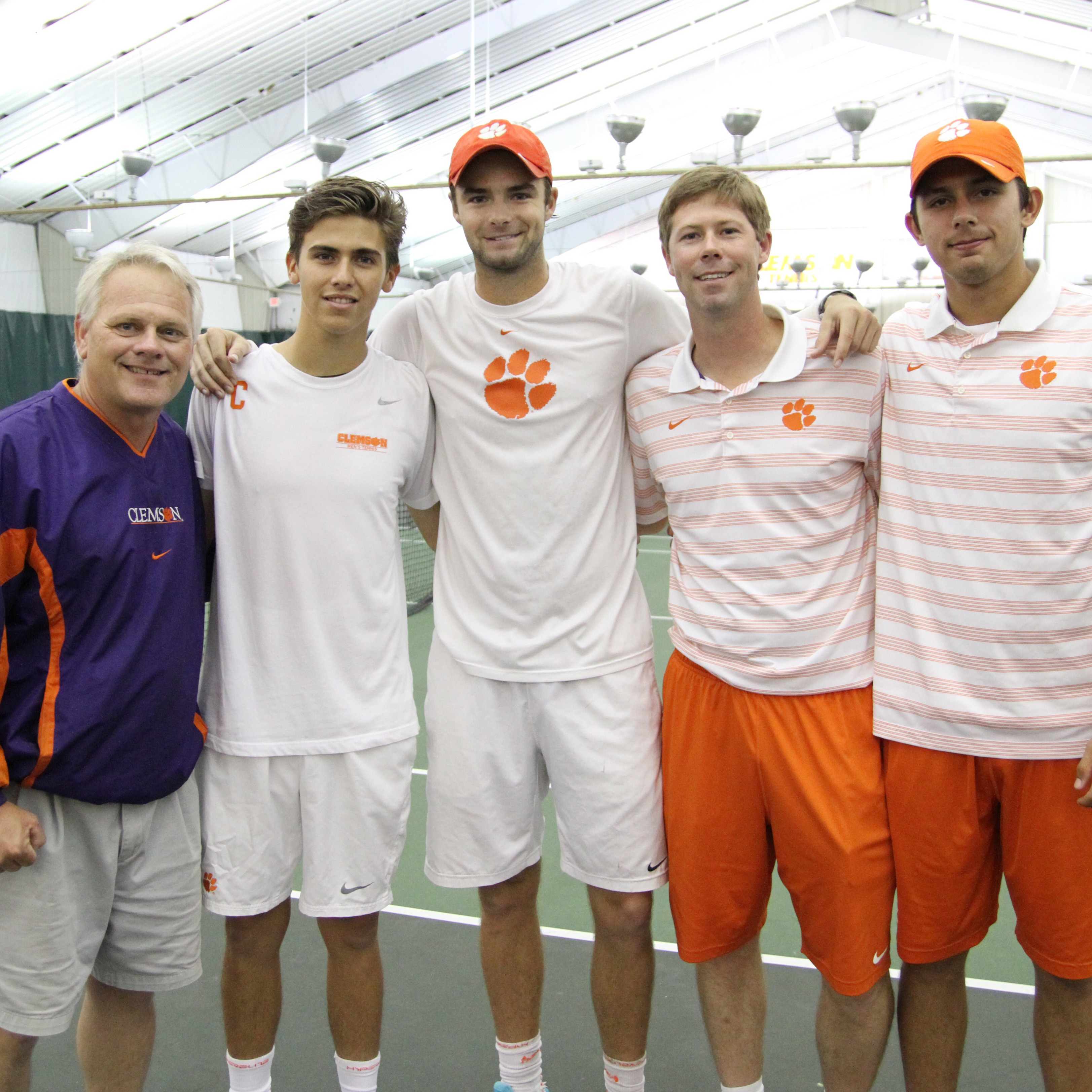 CLEMSON, S.C. – The Clemson men’s tennis team closed out its 2015 regular season Sunday afternoon against North Carolina at Clemson’s Indoor Tennis Center. The Tigers rallied after losing the doubles point, but ultimately fell 4-3 to the 15th-ranked Tar Heels. Clemson concludes the regular season with a 11-15 overall record and a 2-10 record in ACC play.

North Carolina won the doubles point behind wins at No. 1 and No. 2 doubles. Clemson’s duo of Hampton Drake and Robert Dudley played well against the 40th-ranked duo of Brett Clark and Robert Kelly at No. 2, but fell just short, losing 8-5. At No. 3, Clemson’s Austin Ansari and Alejandro Augusto hung tough against North Carolina’s Jack Murray and Ronnie Schneider. Ansari and Augusto trailed 6-7 before their match was stopped.

In singles, Clemson’s Daffra Sanon scored a big victory at No. 4 over North Carolina’s Jack Murray, ranked 111th nationally. Sanon lost the first set, but rallied to win the next two and took the match. Freshman Hampton Drake won his fifth consecutive match by default at No. 5 over UNC’s Robert Kelly.

“We give a lot of credit to North Carolina, they stopped us when we were making our run,” Associate Head Coach John Boetsch said. “We’re really proud of our guys today, especially Daffra for battling back and showing great energy.”

Clemson captain Hunter Harrington battled back after losing the first set at No. 1 singles to 14th-ranked Brayden Schnur of North Carolina. Harrington hung tough in the second set, losing a close one in a tiebreak, 6-7(8-10). Augusto, Clemson’s other senior co-captain, battled against North Carolina’s 24th-ranked Ronnie Schneider at No. 2, falling 6-4, 6-4 in two sets.

“Thanks to our crowd, they really brought it today and gave our team some extra energy, something we’ve been looking for,” Boetsch added. “We’re looking forward to the first round of the ACC Tournament on Thursday.”

Clemson returns to the courts April 22-26 at the ACC Tournament in Cary, N.C. Draws for the tournament will be announced Sunday evening.