CLEMSON, S.C. – For the second consecutive season, Clemson men’s tennis player Simon Baudry has earned All-ACC honors after being selected to the All-ACC Third Team, as announced by the league office on Thursday afternoon.

Baudry, a native of Bordeaux, France, finished the spring season with a 10-11 record in dual matches and a 7-9 mark when playing in the No. 1 singles spot. The junior posted a pair of wins over ranked opponents, including a 6-4, 6-4 victory over Virginia Tech’s 56th-ranked Jason Kros.

In doubles action, Baudry recorded a 9-13 record, playing 18 of the 22 matches alongside fellow Tiger Yizhou Liu. The duo highlighted the Clemson men’s tennis team’s performance at the 2018 ITA Carolina Regional Championship in the fall, making a run to the tournament quarterfinals.

Adding in fall matches, Baudry finished the 2018-19 campaign with a 12-13 overall singles record. The junior posted a three-match victory in the opening round of the 2018 ITA Men’s All-American Championships, before falling in the round of 32. However, his strong performance in the fall earned Baudry a spot in the Main Draw of the Futures Tournament. 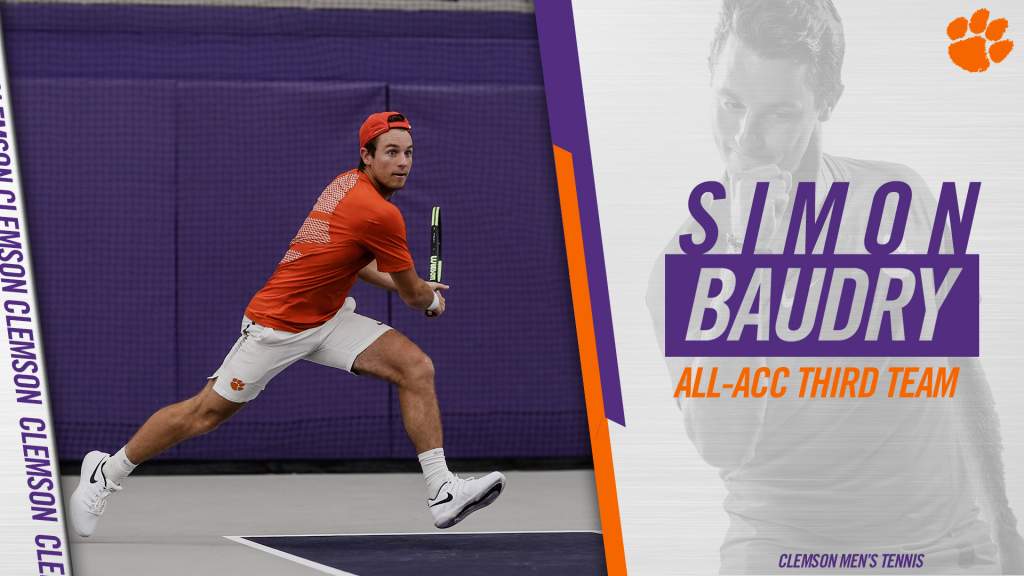