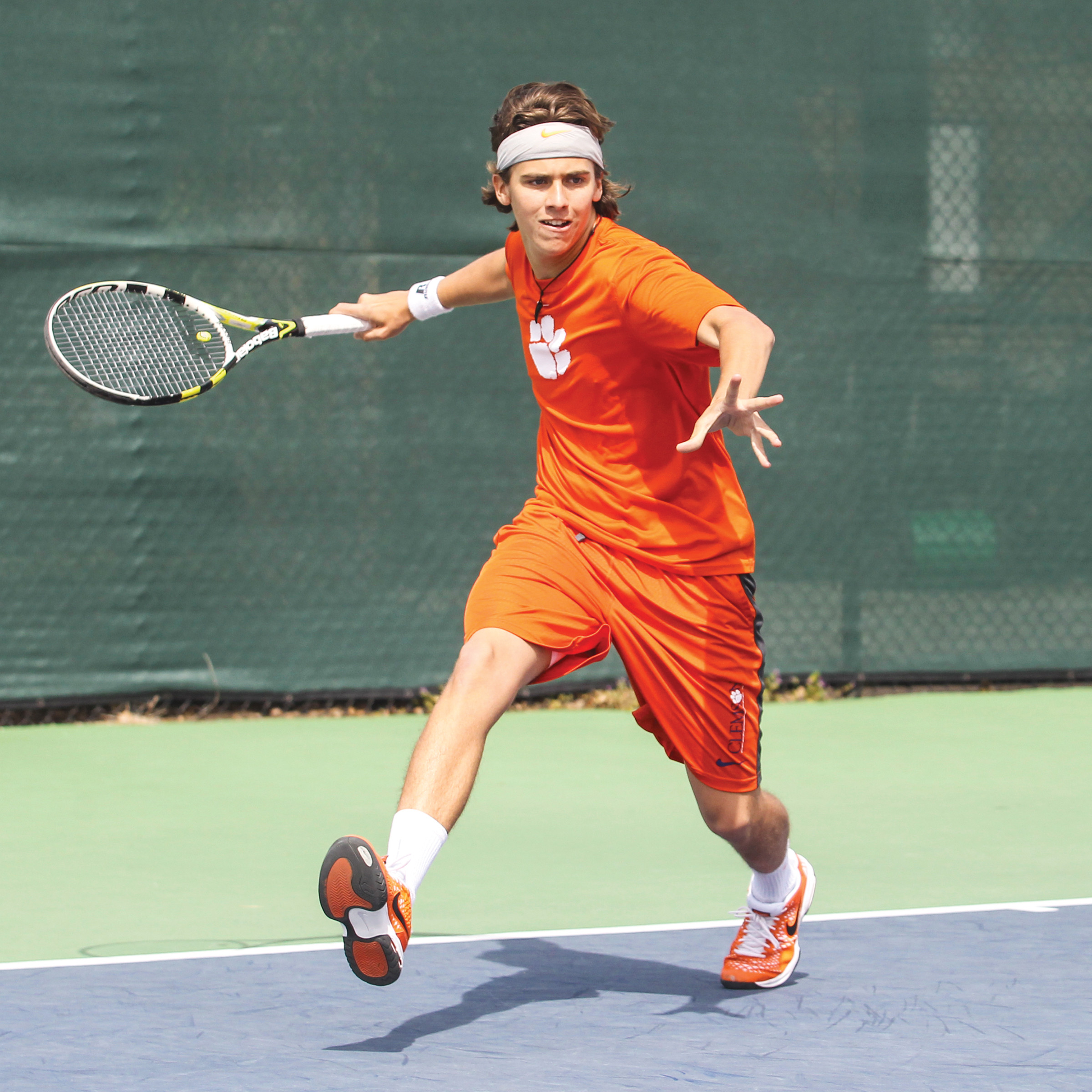 Senior men’s tennis player Alejandro Augusto, a native of Madrid, Spain, has his sights set on big things. He transferred to Clemson in 2012 after two years at Tennessee Tech and looks to roll into the 2015 spring season after a successful fall slate.

This season, Augusto along with fellow senior Hunter Harrington are team captains. The economics major is settling into his new role as a leader on the team.

“You always have someone on the team who leads everyone,” said Augusto. “I feel like Hunter and I are doing pretty well at that kind of thing. For me, it’s not hard at all. I’m honest. If I see something I don’t like, I will say something. I don’t have any problems leading the team…it’s actually really fun.

“My honesty and discipline make me a good leader. Being in college for four years, it makes you a more disciplined person.”

Prior to coming across the “pond” to the United States, Augusto attended a prep academy in Madrid reserved for only the country’s best, young amateur athletes. While studying, he had the opportunity to work on his game and play against some of the best competition in Europe.

He played in Futures tournaments all across Europe, with each tournament featuring more than 80 players. During that time, he was ranked as high as No. 70 in Spain.

After graduating, he knew he wanted to attend college in the United States. The opportunity, he said, was too good to pass up.

After making that decision, the transition from life in Spain to life as a student-athlete in the United States was tough.

“The first two months you feel weird because you have to get used to it. But after that, you feel fine. When I came here, I hardly spoke English. It’s not just the communication, it’s the classes that were hard. It took me six months to really communicate well.

“The classes are really hard. I was offered a good scholarship and my parents didn’t have to pay much money. And I’m able to keep enjoying playing tennis.”

In the fall, Augusto and the Tigers played in four tournaments. Augusto’s fall season was highlighted by several strong finishes. At the 2014 ITA Carolina Regionals, he advanced to the Round of 16 in singles play before falling to the tournament’s top seed.

Augusto and Harrington, his doubles partner, advanced to the doubles final of those same Carolina Regionals, but lost the match in a tiebreaker. The duo is ranked as the No. 24 doubles team in the country. Overall, Augusto is happy with the success of both himself and the team.

“This is probably the best fall we have had,” stated Augusto. “This year, we all played pretty well in the fall. It’s a good practice for the spring. Everyone can get better. We lift weights more than we do in the spring.”

Their first dual match of the spring season is Jan. 17, 2015 in Davidson, N.C. against Winthrop and Davidson.

With the fall season wrapped up, Augusto can shift his focus a bit to his life after Clemson. Whether that be a professional tennis career or not, he knows he must be prepared.

“I’m trying to find an internship for a few months this summer,” added Augusto. “I think that experience would be good for me. After that, I’ll head home to play in a few more tournaments. After that, who knows.”