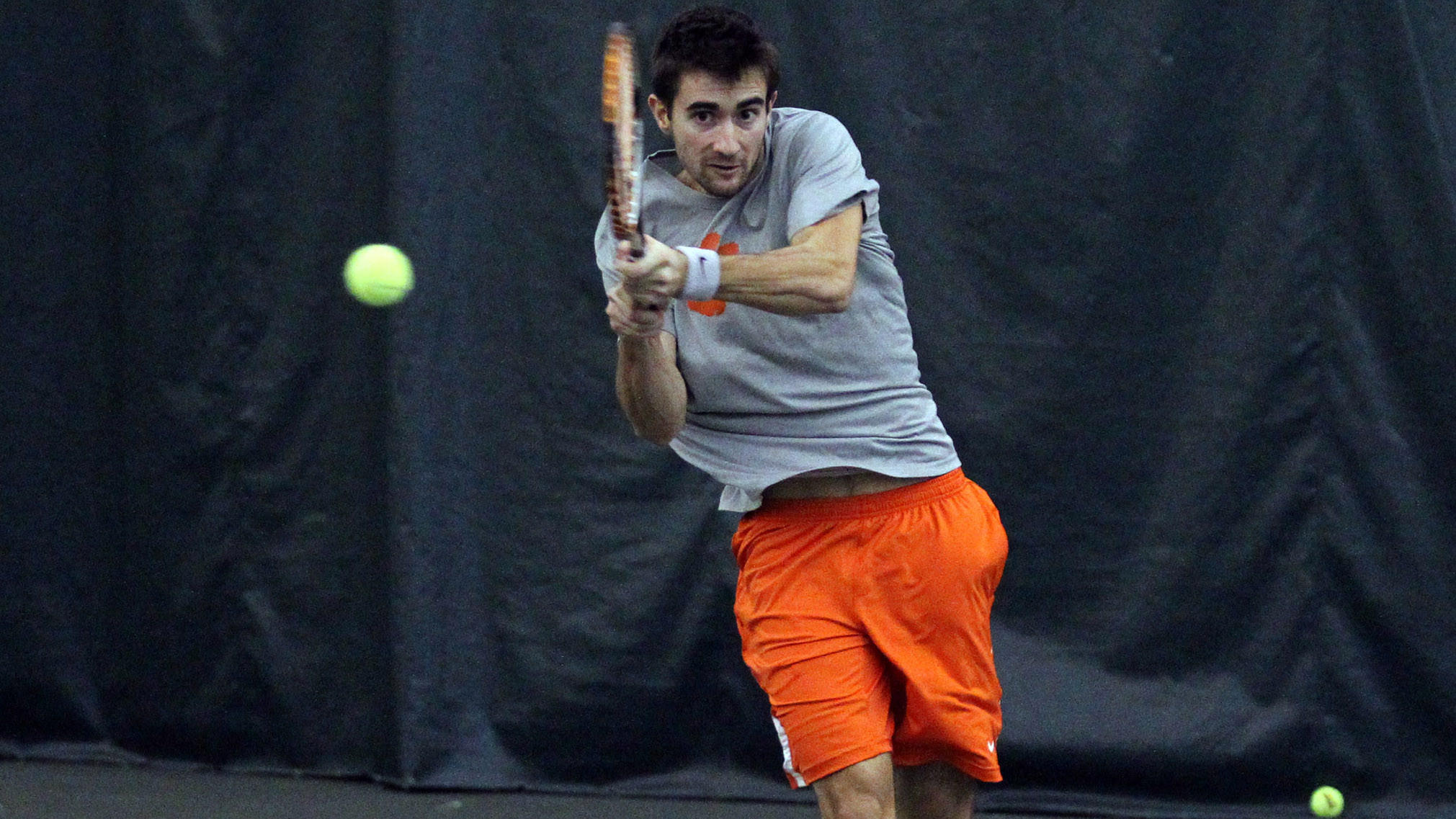 CLEMSON, SC – The #24 Clemson men’s tennis team will play host to Winthrop and Anderson University on Sunday in a double header at the Hoke Sloan Tennis Center on the Tiger campus. The Tigers will play Winthrop at 10:00 a.m. and Anderson at 4:00 p.m. Both matches will be played outdoors. Clemson has a 6-1 record overall and is coming off two wins on Friday, a 4-0 decision over the College of Charleston and a 7-0 victory over Wofford. Hunter Harrington is 10-5 overall in singles this season. Harrington and Dominique Maden are 9-2 as a doubles team this year. Winthrop is 1-1 on the season, while it will be the season opener for Anderson. Admission is free to both matches and the public is invited to attend.