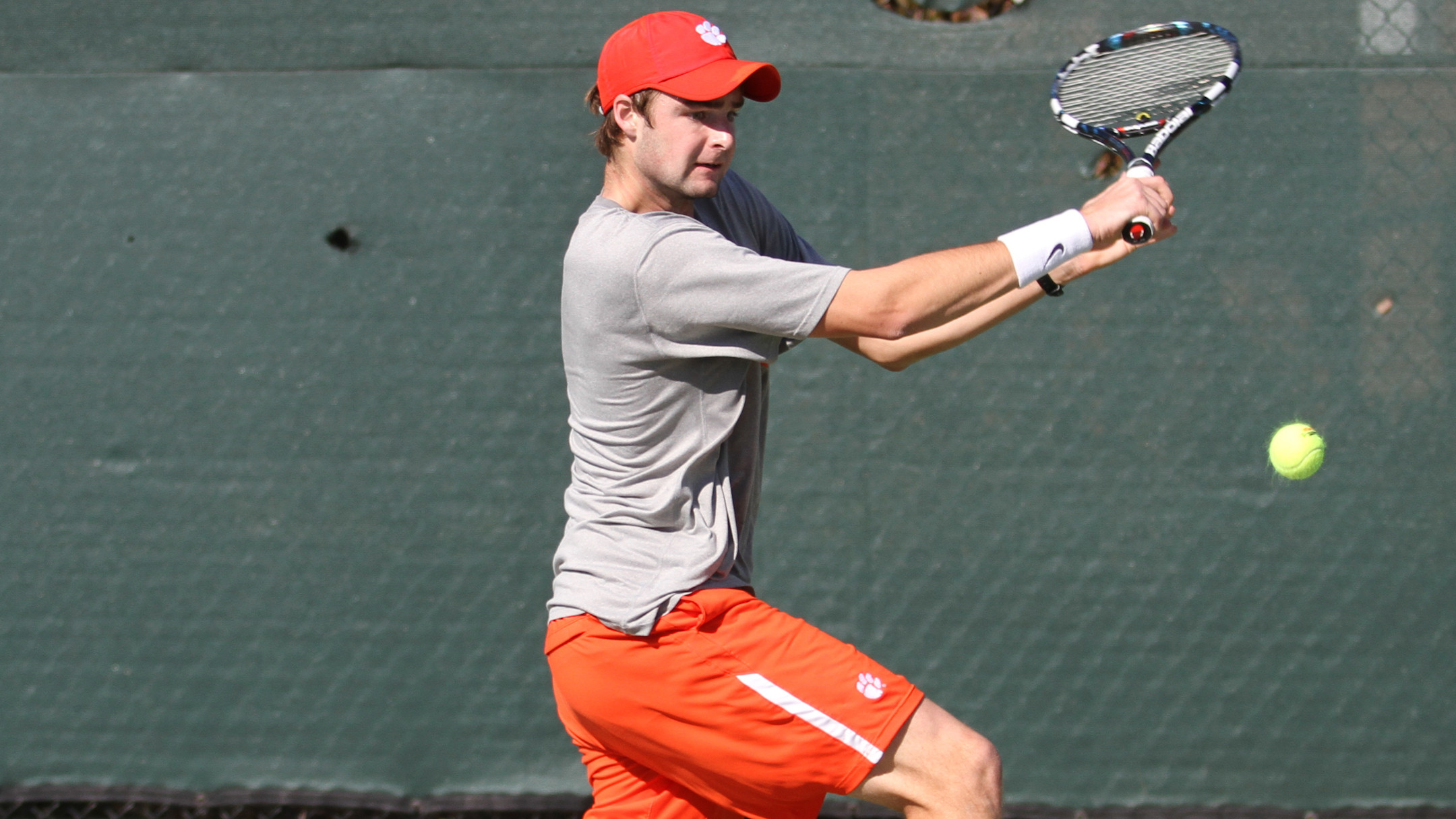 CLEMSON, SC – Hunter Harrington upset #42 Rafael Aita at number-one singles in clinching the match and leading #23 Clemson to a 4-0 victory over #48 UNC Wilmington in a men’s intercollegiate tennis match at Clemson, SC Saturday afternoon. With the victory, the Tigers are now 9-1 on the year, while UNC Wilmington drops to 1-2 this season. Clemson is off to its best start of the season since the 2010 team won its first 15 matches of the season. After winning the doubles points, the Tigers soon took a 2-0 advantage when Austin Ansari defeated the Seahawks’ Santtu Leskinen at number-four singles, 6-2, 6-3. Ansari is now 8-4 on the year, 6-1 in dual match play. At number-five singles, Luke Johnson of Clemson defeated Zach Hublitz 6-1, 6-2 to give the Tigers a 3-0 lead in the match. Johnson has a 9-3 record overall in singles, 7-0 in dual match play. At number-one singles, Harrington defeated Aita 6-4, 5-6, 6-2, giving Clemson the 4-0 victory over the Seahawks. Aita is ranked 42nd in singles by the latest ITA poll. Harrington has a 12-5 record overall and 5-2 in dual matches. “I thought we came out ready to play in doubles,” said Hunter Harrington. “I wish we could have finished our doubles match. We were also prepared in singles too. We won five first sets, and we were soon up 3-0 in the match. In my match, I took the first set and then he stepped it up in the second set. In the third set, I got up early and was able to win it. I thought I served well today. I’m glad we are playing outdoors,” said Harrington. Coach McCuen was also happy with the victory.

“Coming into the match we knew it was going to be intense,” said McCuen. “I really respect their staff and program. They are always prepared mentally and physically. “This win speaks volumes to our team, and the way we competed today. At this stage of the season, I am happy with our progress, but I feel as though we still have a lot more developing and growing to do. I’m pleased thus far with our efforts,” said McCuen. Clemson will play host to Auburn on Sunday February 16 in the Tigers’ next action.    Clemson 4, UNC Wilmington 0