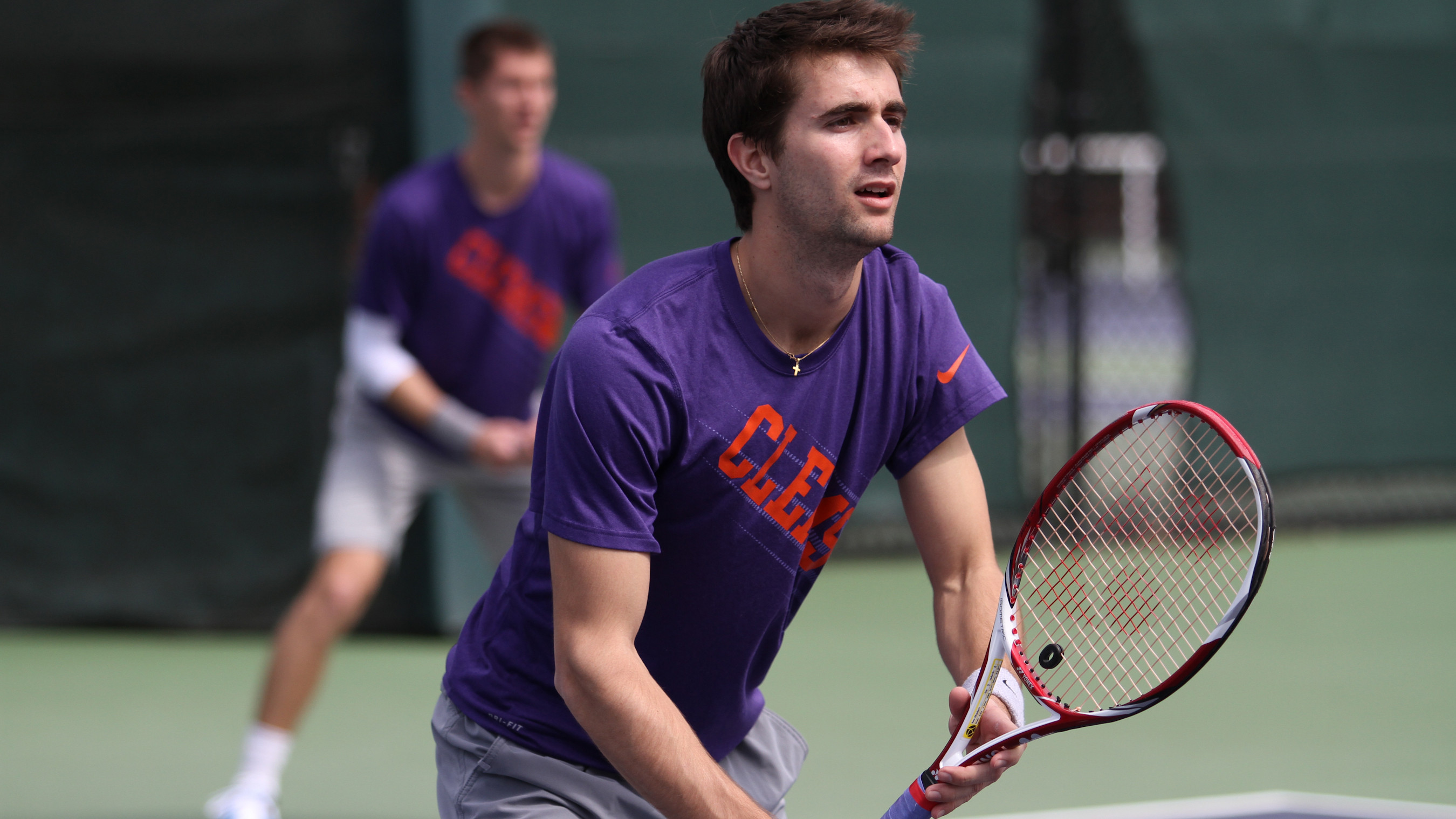 CLEMSON, SC – The Clemson Men’s Tennis team will play host to #9 Duke Friday afternoon at 2:30 p.m. at the Hoke Sloan Tennis Center on the Tigers’ campus. Clemson is ranked 19th according to the latest Intercollegiate Tennis Association poll.  The Tigers moved up two spots from 21st in last week’s listing.  Clemson has a 14-3 record overall and is 3-1 in the Atlantic Coast Conference action.  The Tigers had last weekend off and last defeated Boston College 7-0 in a road match on March 24 in Clemson’s last match. Clemson’s Yannick Maden is ranked 26th.  He is 21-4 overall in singles and 15-1 in dual match play.  The doubles team of Yannick Maden and Dominique Maden is ranked 17th in the latest listings.  This year the duo has an 18-3 record overall and an 8-0 mark in dual matches. Duke is now 16-4 overall, and 4-1 in league play.  The Blue Devils are ranked ninth in the latest ITA rankings.  Duke’s Henrique Cunha is 25-3 overall in singles play this season and is 13-0 at number-one singles this year.  Currently he is ranked fifth in the latest singles rankings.  The Blue Devils’ doubles team of Cunha and doubles partner Raphael Hemmeler is ranked first in the nation.

One lucky Tiger fan will be selected to participate in a serving contest with a grand prize of $10,000.  The contest will take place between the doubles and singles matches.  There will also be free tshirts for the first 50 fans. This will be the 71st meeting between Clemson and Duke on the tennis courts.  Duke leads the overall series 38-32.  The two teams first met in 1956.