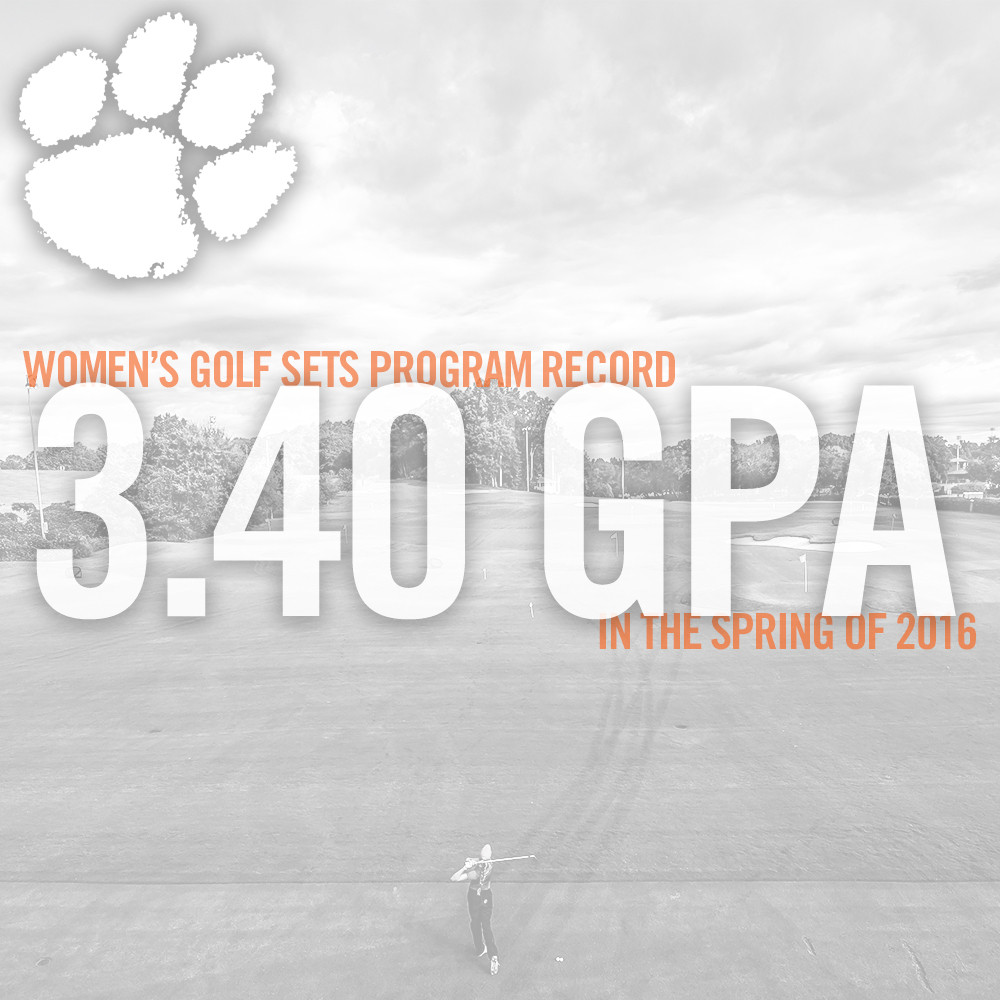 Women?s Golf Continues To Thrive In The Classroom

CLEMSON, S.C. – In a year that featured so much success on the golf course, it’s clear the future is bright for this program that just finished its third season of existence. However, JT Horton’s team achieved just as much this year academically as it did athletically, setting a record GPA in the spring of 2016 while graduating its first two student-athletes from the program.

“I am super proud of these young ladies for their effort in the classroom,” said head coach JT Horton. “They take great pride in their academic accomplishments and they deserved the success they have achieved.”

This semester, the women’s golf team earned a record 3.40 GPA and graduated two student-athletes who were instrumental in laying the foundation for the young program. Both graduates are pursuing further education as Taylor Ramsey and Lauren Salazar will each strive to attain a master’s degree.