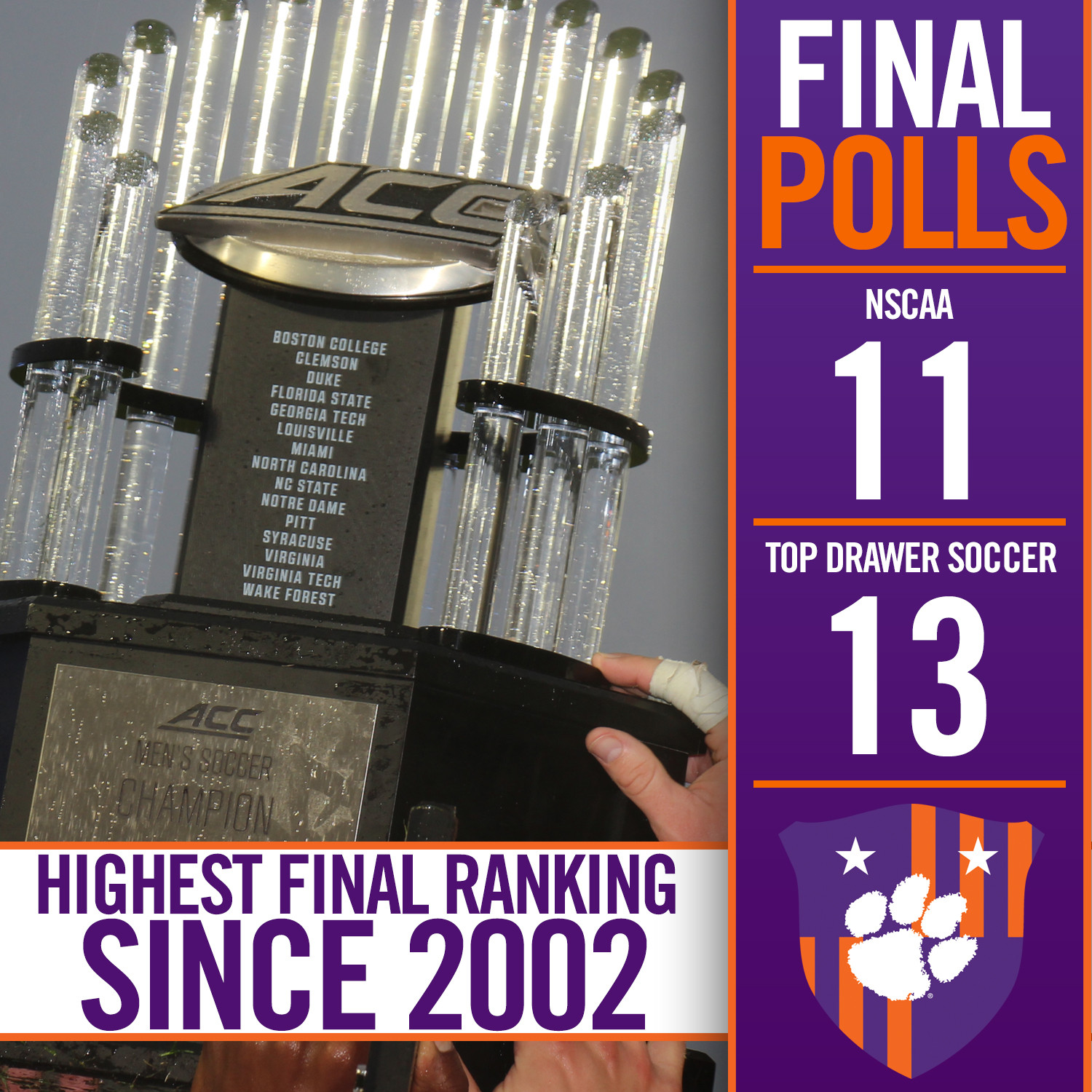 CLEMSON, S.C. – The Clemson men’s soccer team was ranked 11th in the final poll released by the NSCAA (National Soccer Coaches Association of America) on Tuesday afternoon. It is the Tigers’ highest ranking in the final national poll since 2005, when the team was ranked in a tie for third after reaching the NCAA Final Four.

Nine of Clemson’s opponents from the 2014 season were ranked in the final NSCAA poll, a testament to the challenging slate the Tigers faced this fall. The team posted a 5-5-2 record in 12 games against those nine opponents. In addition, during the regular season, Clemson defeated Virginia, which finished first in the final poll after winning the 2014 NCAA Championship, and Providence, a 2014 Final Four team which finished third in the final rankings. The Tigers are the only team in the country to defeat two of this year’s NCAA Final Four teams during the 2014 regular season.

The Tigers finished the season with an overall record of 14-7-3. The team claimed the program’s 14th overall ACC Tournament title with a thrilling 2-1 double-overtime victory over No. 18 Louisville on Nov. 16. Clemson advanced to the NCAA Tournament, where after a first-round bye, it defeated No. 22 Coastal Carolina in the second round before falling to ACC foe and No. 6 North Carolina in the Round of 16.

Clemson was one of six teams from the Atlantic Coast Conference to finish in the NSCAA final top 25, while five of the six teams finished in the top 11 nationally. The Tigers were also ranked 13th in the final poll released by TopDrawerSoccer.com earlier this week.